A new drama about the Knights Templar falls back on ye olde Holy Grail myth. Yea verily, it is not good 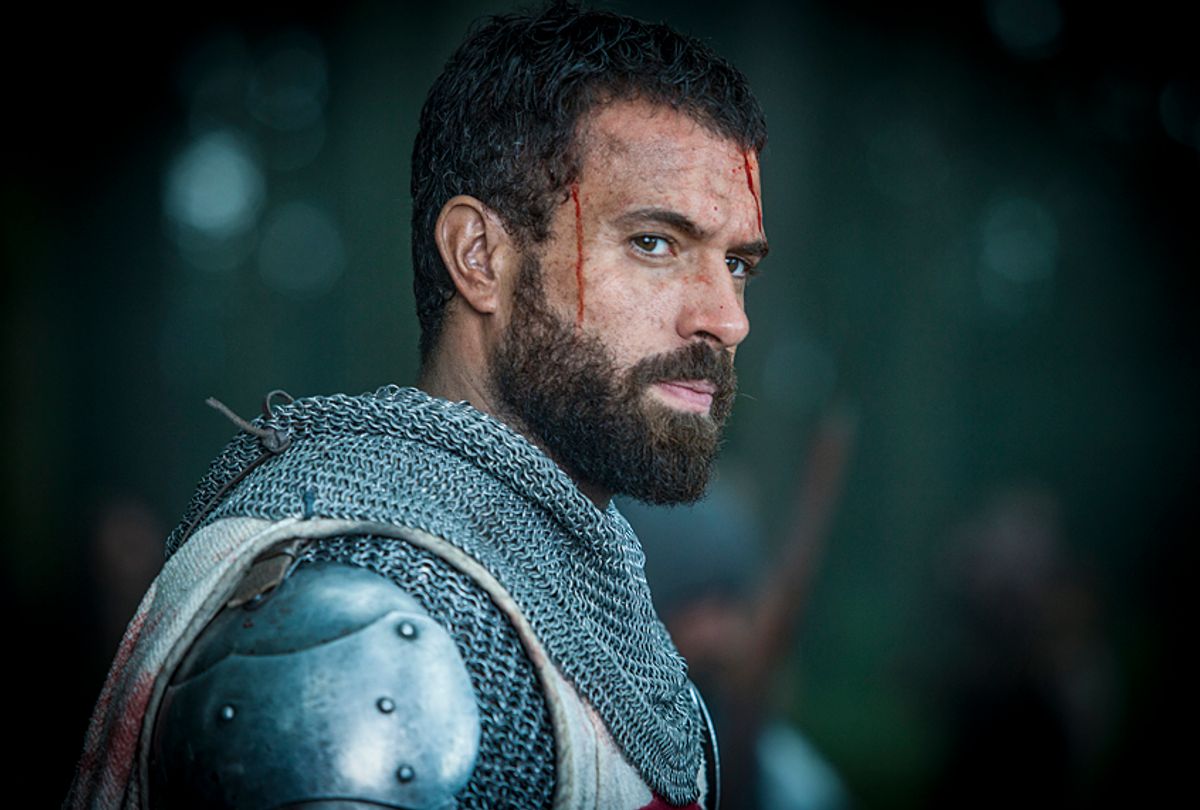 Truth often makes for a better story than pure fiction. But when it comes to making up stories based in history, especially for a scripted series airing on History, sometimes massaging the truth leads to a renewed interest in discovering the facts. Sometimes.

“Vikings,” the channel’s first scripted hit, proves this. Nobody in their right mind would write a dissertation about the Norsemen in the Dark Ages based on the action in this show, but creator Michael Hirst stays true enough to the outlines of fact to lend weight to the story and conveys a sense of legitimacy in its examination of Viking society, politics and religion. “Vikings” also has a stupendous cast bringing the character's various adventures to life, and the show’s potent way of connecting story to personality seems to have piqued renewed interest in the actual history of era and its actors.

But television loves a good story above all else, records be damned. The prevailing mystery shrouding the Knights Templar, the stars of History’s “Knightfall,” debuting 10 p.m. Wednesday, is more provocative than what experts believe to be the truth of what they were so, somewhat to the drama’s detriment, the producers decided to ride the legend further into the ground, if that’s at all possible.

“Knightfall” spins drama out of the events leading to the end of the Templars, traced to Friday the 13th, 1307 (said to be the roots of the common superstition) when King Phillip IV of France ordered the arrest en masse of the Order’s French members. Many would go on to be tried and burned at the stake.

At least we can expect a devastating series finale, I guess.  But in piecing together the why and how of the Templars’ decline showrunner Dominic Minghella and his writing team lazily paste together a collage of conceits familiar to any sword and/or sorcery fan — and many of those films did a better job at selling such a story.

From the virginal maiden fair as assault bait to the conflicted, righteous hero torn between his vows and carnal desires, it’s all here. Sleepy battles are unnaturally drawn-out with cheeseball slow-motion sequences, and the stiff dialogue made me yearn for the zest and subtlety of “Monty Python and the Holy Grail.”

And to be clear, if the drama’s embellishments were fresh or surprising in any way, “Knightfall” would earn a pass. Honestly, most accounts of what the Knights Templar actually did are nowhere nearly as interesting as the fiction. Experts depict them less as an elite fighting force in their waning decades than a powerful and wealthy financial entity, speculating that Phillip likely orchestrated their destruction to wipe out the debt he owed to the Order. Call me crazy, but a 10 episode adventure about one of the Medieval Europe’s most powerful banking organizations probably wouldn’t sell.

Ten episodes about the last crusaders’ desperate quest to find the Holy Grail, a mission that’s inspired a number of heroes from King Arthur to Indiana Jones to Robert Langdon, sounds like something a channel can work with. Fair enough, but in its realization, half-baked at best. This is what can happen when a concept goes straight to series largely on the strength of a name: “Knightfall” is partly executive produced by Jeremy Renner, and before you even ask: nope, he did not suit up for this.

The duty to shoulder the action and controlling share in any interest the series may generate falls instead of Tom Cullen, who portrays a devoted knight named Landry, with Jim Carter playing Pope Boniface VIII and Julian Ovenden stepping in the moustache-twirling villain role, manifesting here as William De Nogaret, the scheming lawyer and advisor to the well-meaning but ineffectual King Phillip (Ed Stoppard). You may have noticed that all of those actors previously starred in "Downton Abbey." If you did, I assure you that "Knightfall" will make you miss "Downton Abbey."

King Phillip is man who does very little to stoke the loin fires of his wife Queen Joan of Navarre (Olivia Ross), and that proves to be a problem. Much of the conflict in each episode involves De Nogaret channeling Littlefinger and twisting what he knows about a number of player to achieve his own nefarious ends, whatever those may be.

Landry’s motivation, on the other hand, is boringly clear — he’s tasked with finding the Holy Grail, which he believes to be closer than originally presumed. The series opens with the fall of the Order’s last stronghold in the Holy Land, the Acre, during which the Grail appeared to be lost. Why do they need the Grail? Because, I mean, it's the Holy Grail. Cup o' Christ. What other argument is there?

Said battle, by the way, brims with imagery that plays out like a right-winger’s dream/nightmare, as caramel-skinned Islamic hordes overwhelm the brave Europeans fighting their way out of the Seaport. “Knightfall” does little to disrupt the ongoing fantasy of an entirely white Europe, even during the Crusades. The script even fails in its portrayal of Jewish characters and the indignities and discriminations they faced at the time, especially with regard to a thinly-written character played by Sarah-Sofie Boussnina, who mostly seems to have been incorporated to allow the audiences to draw parallels between the Templar legend and “Robin Hood.”

In the end, the main achievement of "Knightfall" may be its effectiveness in reminding the viewer of better films and more exciting versions of stories influenced by the group's myth. The Order’s mystery casts a lengthy shadow indeed, perhaps more now than in previous decades. This knowledge presented “Knightfall” a significant opportunity to enthrall the audience in addition to empowering it with knowledge. A demanding quest, for certain, and one it fails to fulfill.