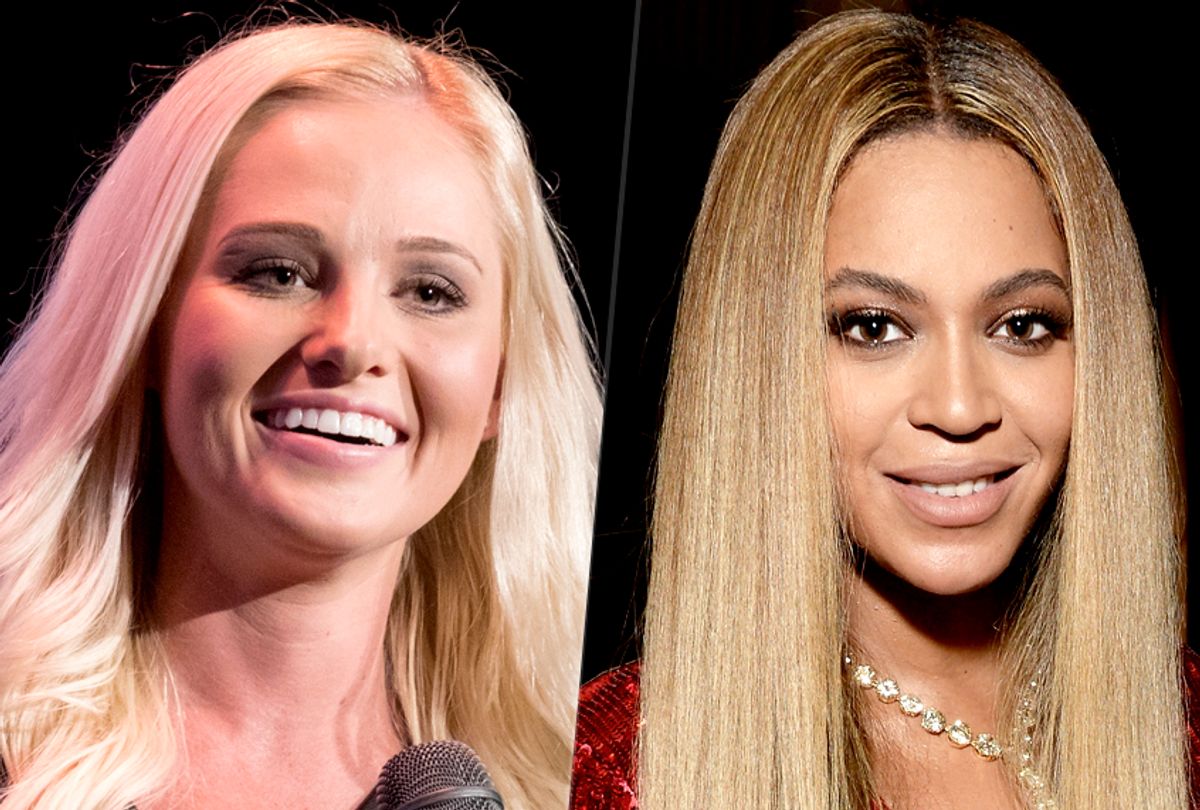 Most people know well enough not to poke a beehive. Almost as many know not to do the same to the "Beyhive," the name coined for Beyoncé’s loyal fan base. Conservative media darling Tomi Lahren is apparently not one of those people.

Wednesday Morning, Lahren took to Twitter to bash a picture of Beyoncé presenting the Sports Illustrated Muhammad Ali Legacy Award to Colin Kaepernick. The award is given by the magazine to "individuals whose dedication to the ideals of sportsmanship has spanned decades and whose career in athletics has directly or indirectly impacted the world." Past honorees include Magic Johnson, Bill Russell, Jack Nicklaus, Jim Brown and Kareem Abdul-Jabbar.

The paring of the singer and the quarterback makes sense as the kneeling protests Kaepernick sparked across the NFL respectfully draw attention to racial inequality in the American justice system in general and to the killing of unarmed black people by police officers in particular, something Beyoncé has noted in both her songs and the visuals that often accompany them. The video for her 2016 song “Formation,” for instance, included a police cruiser sinking in a New Orleans flood.

In the vitriolic manner that’s become part of Lahren’s brand, she called Beyoncé “cop hating” and Kaepernick “cop and America hating,” taking the entire affair as a sign of how far America has "fallen."

Police-hating Beyoncé presents police and America-hating Kappy with a “legacy” award. This is how far we’ve fallen. Wow. pic.twitter.com/KIe6IqEQey

This, in turn, awoke a swarm of fans from the hive and they hit Twitter, stingers out, to correct Lahren on the rationale behind Kaepernick’s protests and their queen's politics.

Good to see you're drinking all of the #FauxNews Kool-aid these days. Beyonce & Kaepernick have been very clear that they respect the police. What they protest is the continued racial inequality & unjustified homicides of black men and women at the hands of too many officers.

They dont hate police and they dont hate America. They hate the injustices in our society that mainly affects Minorities in this country. Why dont you get that? — Kyle Bergesen (@XxKyleB) December 6, 2017

Criminally dishonest. You are not a journalist, you are a propagandist.

Wow... practicing your freedom of speech is “America Hating” to u while regulating firearms which kills thousands on Americans each year is not ! Never understood your logic @TomiLahren

You're on the wrong side of history, Tomi. I just hope one day you're brave enough to look at these real, and disconcerting issues surrounding racial/justice inequality from a holistic point of view instead of an egocentric one.

PS- It was an Army vet vet told CK to take a knee pic.twitter.com/qEZCgRNrlc

Can everyone stop attacking Tomi and take a moment to appreciate how good she is at typing with that white hood covering her face?

Again, mess with the queen and you get stung. One might hope the talking head would learn her lesson here, but this is Tomi Lahren after all.