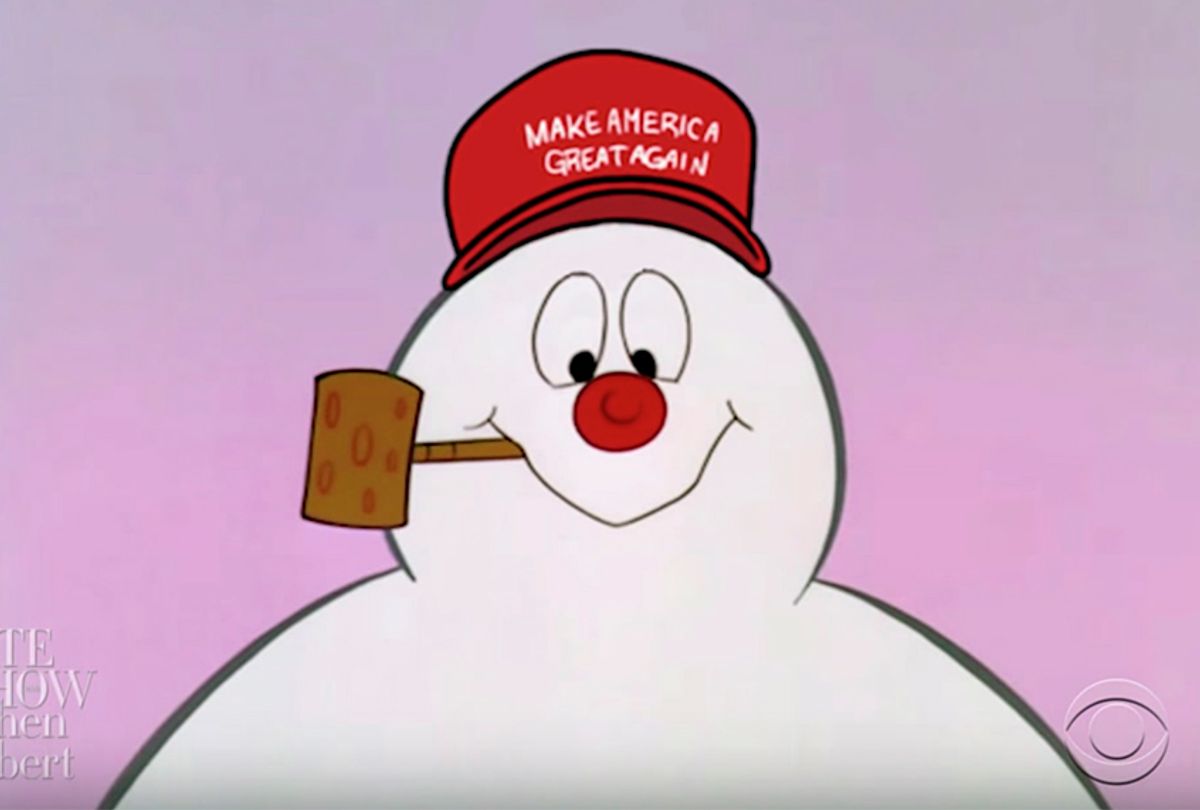 Merry Christmas to the haters and losers. That is what one could expect from President Donald Trump — he who commemorated the Sept. 11, 2001, terrorist attack with a similar phrase.

But what happens when a popular Christmas character gets the Make America Great Again treatment? The answer shouldn't surprise you.

"The Late Show with Stephen Colbert" — which, over the past year has taken perhaps the hardest swings at the president in the realm of late-night comedy  — explored the magical world of "Frosty the Snowman," wondering what would happen if, instead of being given a top hat, the lump of frozen water was brought to life with one of Trump's signature items of clothing.

And there must have been some magic in that MAGA hat they found, for when it landed on his head, he began to Trump around.

"MAGA," The Trump-voting snowman said, "Now who wants to deport some Dreamers?"

Clearly, this new racially insensitive snowman was not a fan of political correctness, nor aware of the rich racial tapestry that truly makes America great.

But the snowman's hat also gave him a sense of inadequacy. For, like the man who made the "Make America Great Again" hats popular, Frosty was worried about being judged on his physical attributes.

"Look at these hands. Do they look small to you?" Frosty asked.

The topic of hands is a touchy one for Trump. Remember that on the campaign trail, Trump sparred with Marco Rubio after the Florida Senator said that Trump's hands were the size of someone a foot shorter. Trump took that remark quite personally. (During an absurd campaign season, the fact that the man later elected president back-doored his way to saying that his glove size was a medium — "I buy a slightly smaller than large-size glove" — should never go unnoticed.)

But this new Frosty also had a sinister side.

"I'm goose stepping," Frosty said to the astonishment of the children who made him. And as he rode off into the distance, a truly disturbing side of the snowman emerged. "See ya later snowflakes," he said. "White power!"