Scholar Henry Giroux: "Matters are much worse than when Trump first started" 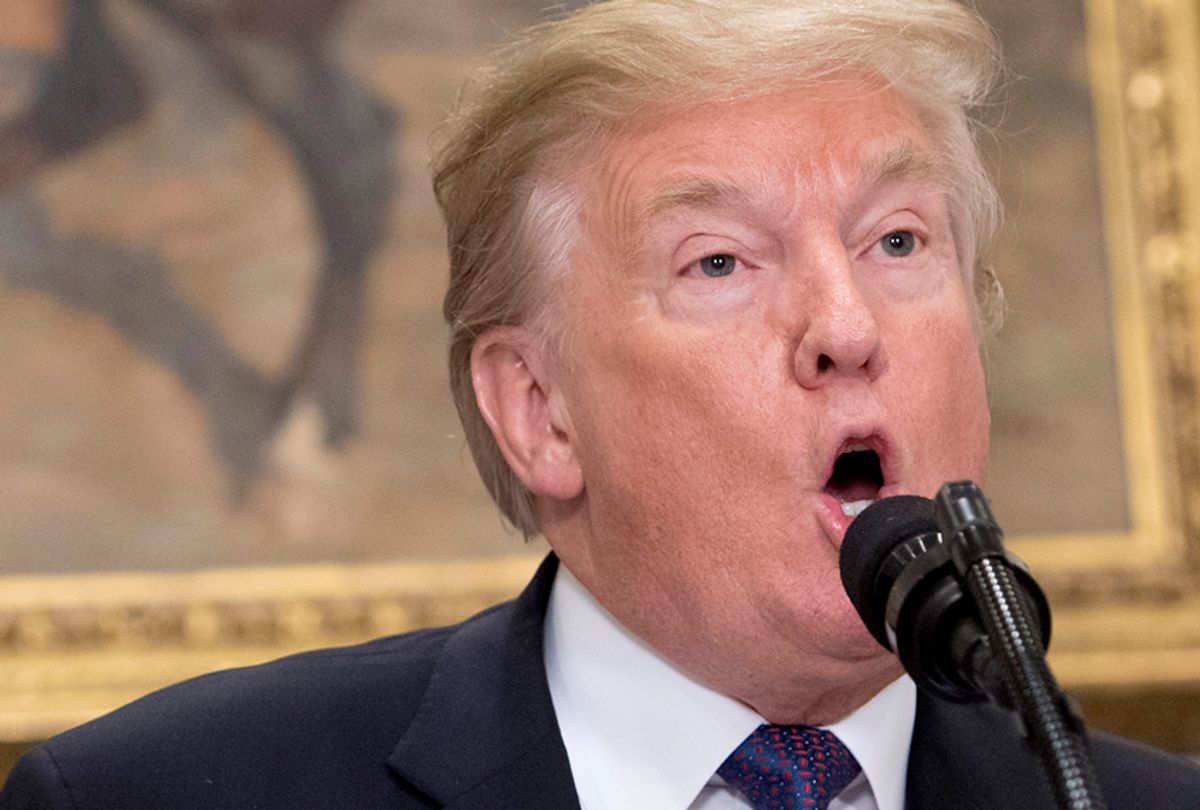 Last week, the Republican Party in the United States Senate passed a so-called "tax reform" bill. In all likelihood this legislation will be reconciled with the version passed by Republicans in the House of Representatives and then signed by Donald Trump into law. These "tax reforms" have no redeeming social value and are evil; they will give hundreds of billions of dollars to the richest Americans by taking money from the poor and working class. In total, this "tax reform" bill is part of a larger plan to eviscerate the social safety net by destroying programs such as Social Security, Medicare, and Medicaid.

The Republicans were able to force through this legislation by acting (literally) under the cover of darkness, not allowing debate, public hearings, or for the bill to be fully and examined, or for their tax "reform" to be properly evaluated by nonpartisan agencies and groups for its full and real impact on the economy.

The Russia scandal continues to grow. What was once a clear case of collusion between Donald Trump, his inner circle and other elements in the right wing is increasingly appearing to be a case of conspiracy where individuals such as Michael Flynn and Donald Trump Jr. were working in a coordinated manner with Russian agents to manipulate and undermine the 2016 presidential election in exchange for certain policy changes favorable to Putin and his allies.

Donald Trump continues his war on the truth, makes threats against the free press, is in the process of creating his own personal spy force (a de facto Gestapo), and endorses white supremacists and the most extreme violent right-wing groups, and his attorneys and other enablers are again suggesting that he is above the law.

Yet, despite this crisis in American democracy and society there are no mass protests, national strikes, or other large-scale examples of social movement activity or civil resistance.

Are the American people exhausted? Have they surrendered their democracy to Donald Trump and the Republican Party? What is the role of civil literacy in fighting back against Donald Trump's neo-fascist regime? In what ways has the "culture of cruelty" and its values such as consumerism, spectacular violence, and racism enabled the rise of Trumpism and the other right-wing forces he commands?

In an effort to answer these questions, I spoke with Henry Giroux. He is a professor of English and cultural studies at McMaster University in Hamilton, Ontario, Canada. He has written dozens of articles and books, including the recent "America at War With Itself" and the forthcoming "American Nightmare: The Challenge of U.S. Authoritarianism."

Giroux is deeply concerned with the state of American democracy during this crisis but offers these thoughts about the power and necessity of resisting Donald Trump and the fascist and other authoritarian forces he both represents and has empowered:

I am surprised by some of the elements of resistance which have emerged. What that means politically and theoretically for me is that I am not going to surrender to a notion of power that only concerns itself with domination while ignoring resistance.

This notion of resistance has to be kept alive even in the direst times. I think we have to be careful in this moment. It is not a matter of providing a balance. Rather, it is a matter of offering a language of critique and possibility, even though in some cases those possibilities have been greatly diminished in light of the overwhelming threat that we are facing from Trump and the broader movement he represents.

Giroux also acknowledged that many Americans may be exhausted by Trump and the Republican Party's "shock and awe" campaign against democracy and reality. Nevertheless resistance must continue:

I think it’s easy to say “I would rather just watch TV or escape into celebrity culture or the undemanding idiocy of reality TV in order to distract myself and turn inward away from the world." We live in a culture that has been conditioned to retreat from social issues, define citizenship as an act of individualized consumption, and embrace the worst forms of anti-intellectualism and ignorance. The result is a society that embraces civic illiteracy and the most egregious forms of ignorance, and for the most part is quite happy to immerse itself in orbits of private pleasure while ignoring the larger issues regarding justice, ethics, social responsibility, power and politics. We are in a very dangerous cultural and political moment in the United States right now -- one that basically makes me very depressed, though far from paralyzed intellectually and politically.

Trump is putting in place a new type of political formation that is really a form of unabashed nationalist right-wing populism and racism, which has changed the trajectory of history. These people are not like Father Coughlin. They're not on the sidelines. They’ve occupied the center of power, and they’ve been emboldened. I think in that sense they're going to be around for a long time. We no longer can simply suggest that we're somewhere at the end of history and that the forces of liberal democracy have won out. That is a delusion, and a very dangerous one.