No longer a portly ice dude who owes his life to a magic hat, Ella's Frosty the Snowman has faith, and even grit 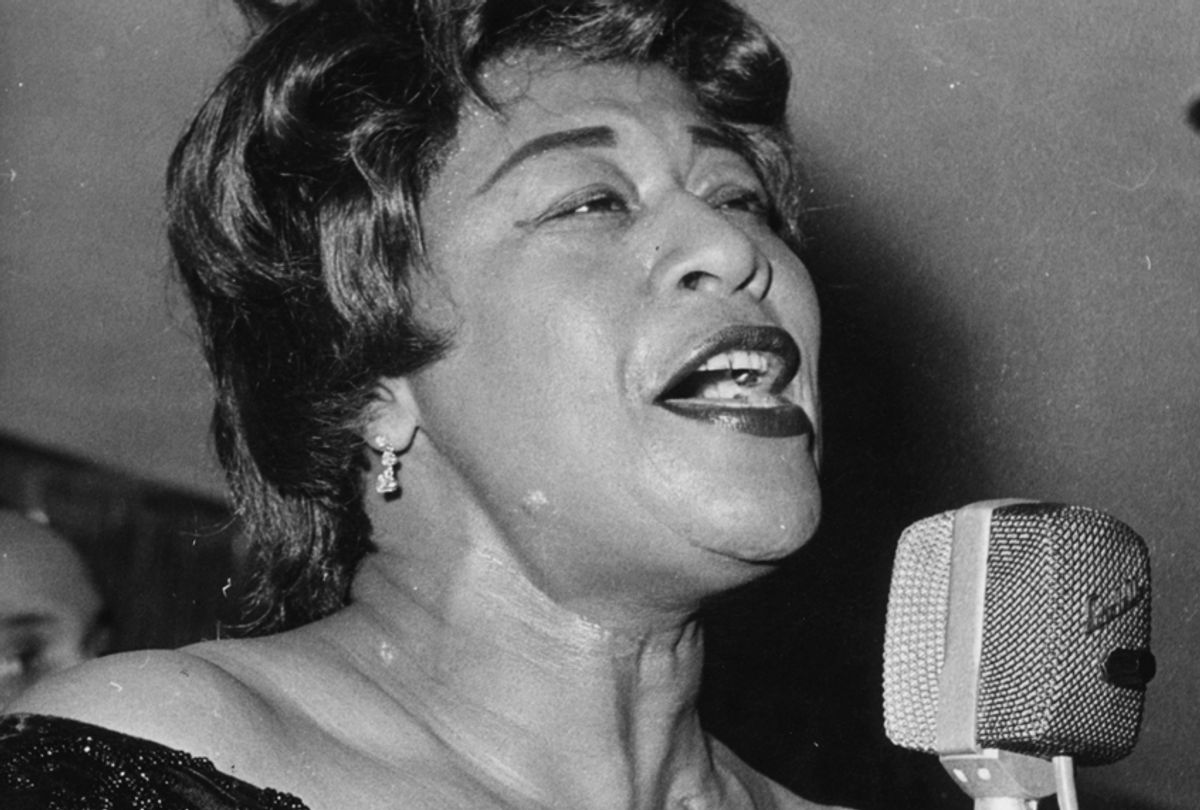 Even as someone who views himself as a kind of Grinch-in-reverse — that is, come the beginning of September I start to be sad that Christmas will soon be over — I reluctantly grant that a lot of the art surrounding the holiday is decidedly deciduous. It belongs in that season, and you’re forcing things a bit if you try and do what I do, on occasion, and cue up "The Year without a Santa Claus" or the Supremes’ Christmas recordings in April.

Of course, if you’re that person, the neighbors are apt to walk past your door, hear whatever sounds are leaking out, and think you’re mad. Never ideal. But I have found that there is some Christmas art that is robustly, proudly evergreen, in large measure because of how deeply shot through it is with brilliance, even genius, the latter being akin to Father Time, who always manages to outlast Father Christmas on any stroll the two set out on together.

We all know, naturally, of classical works written for the holiday that fit this bill, with some surprises cropping up, too, like Beethoven’s penultimate piano sonata, completed on Christmas day, 1821, with an interpolation of bell-like sounds to mark the fact. In the land of film, there’s 1951’s "Scrooge," a mash-up of noir, horror, Gothic, comedy, and deep focus photography that travels well throughout any season. M.R. James wrote most of his best ghost stories — among the finest we have — for Christmas, to amuse his fellow university colleagues and some favorite students, but they rarely have anything explicit about the holiday in them, fun though they are to read during the shortened days of December. But Christmas popular music, largely, is confined to the space between Thanksgiving and New Year’s. Unless we are talking about the greatest album of popular Christmas music we have.

That would be Ella Fitzgerald’s "Ella Wishes You a Swinging Christmas," from 1960, and you would have to pinion me down in April not to have me cranking this regardless of the absence of wreaths on doors.

This year marks the 100th anniversary of Fitzgerald’s birth. My introduction to the great jazz singers came with Billie Holiday. You get caught up in the story of her life, that notion of strength and skill triumphing over hardship and setback, talent rising above pain, and that becomes an aspect of how you hear her music when you’re first starting out in your jazz listening career.

So it went for fourteen-year-old me. I was a moody little fellow, so when I heard Fitzgerald, whose voice had more range, more shades of sun contrasted with Holiday’s languid, late-night confessionals, I thought this was the less legit dope. It didn’t knock you for the same loop. Holden Caulfield, whom I probably thought highly of at the time, would have found it less significant.

Well, we are often idiots in this life, and so I was an idiot then, as I will be at some point going forward. I don’t think you can sing jazz much better than Fitzgerald did, anymore so than you can be much better at hockey than Wayne Gretzky or turn a couplet better than Shakespeare. In the late 1950s and into the early 1960s, she sang as well as anyone in the medium had. Now, what someone else might have done, with the contractual obligation to cut a Christmas album — that being a tacky, seasonal stop-gap type of deal — was mail in their performance like some half-sincere letter to Santa when you’ve already stopped believing and you know what your parents are getting you anyway.

But not Fitzgerald. She goes for it. She is going to help fashion an album that can stand with anything in her catalogue. Is she going to swing? She is going to swing your elfin bells off. And she’s assisted by the arrangements of Frank DeVol, who conducts Russ Garcia’s orchestra. The latter provide just the right measure of shimmering spectacle, the string articulation resembling nothing so much as hoarfrost on sun-yellowed rush-grass that our imaginations so readily picture sleighs and carriages speeding over.

That orchestra twinkles often, and I don’t think I’m off in suggesting that the Rankin-Bass crew picked up on what was happening with some of these arrangements and their timbre when they turned to soundtracking their early Animagic efforts a few years later. And then there is Fitzgerald.

Listen to how deeply committed she is on “Have Yourself a Merry Little Christmas.” This is a musical Evite to the soul so in need of connection at the holiday. I think that is the reality for many people. You can put on your ridiculous sweater that generates the yucks, you can have that extra eggnog because you tell yourself you deserve it, you can rub your partner’s back as you watch your swiftly-growing-up children and inwardly declare that “this is what it’s all about,” but I think a lot of us, everyday, but at Christmas even more, yearn for a more exacting, deeper level of connection.

Or I do, anyway, and maybe I’m a Grinch-in-reverse doing a little projecting when I hear this song, but it makes me wish to meet the love of my life so I could say these things to her, privately, which I’ve just said to a lot of strangers publicly. Do you know how much Christmas popular music makes me feel that way? Not a lot. But Fitzgerald’s always does.

For technique, we are talking flat out virtuosity. “Frosty the Snowman,” which is scarcely some gnomic Modernist masterpiece of songwriting, sounds not far off from one with the way Fitzgerald holds and stretches notes, turning single syllables into extended paths that take us far beyond the village world of some portly ice dude who owed his life to a magic hat. Well, a magic hat and a little faith.

And while I won’t say that her version of “White Christmas” is better than Bing Crosby’s — for the latter had it going on at his absolute peak the day he cut his version — I will contend that it’s a close battle, like one you might expect the Miser brothers from "The Year Without a Santa Claus" to have waged, with one of them narrowly prevailing. But Crosby never cut a Christmas album like this, and he never cut an album like this, period.

It is also impossible for me not to do my "It’s a Wonderful Life"-sourced version of the Charleston in my nighttime uniform of Aquaman tee shirt and Red Sox shorts when I hear this version of “Let It Snow! Let It Snow! Let It Snow!” That video would go viral. But something far more important is doing an emotional version of going viral, within you, with with "Ella Wishes You a Swinging Christmas." Your heart goes viral, your sense of what a Christmas album can be goes viral. Something happens between your ears, your heart, your soul, and the people you share this record with. These days I am not sure what a wonderful life is, but I know what a wonderful record is. And there’s life in that, too.