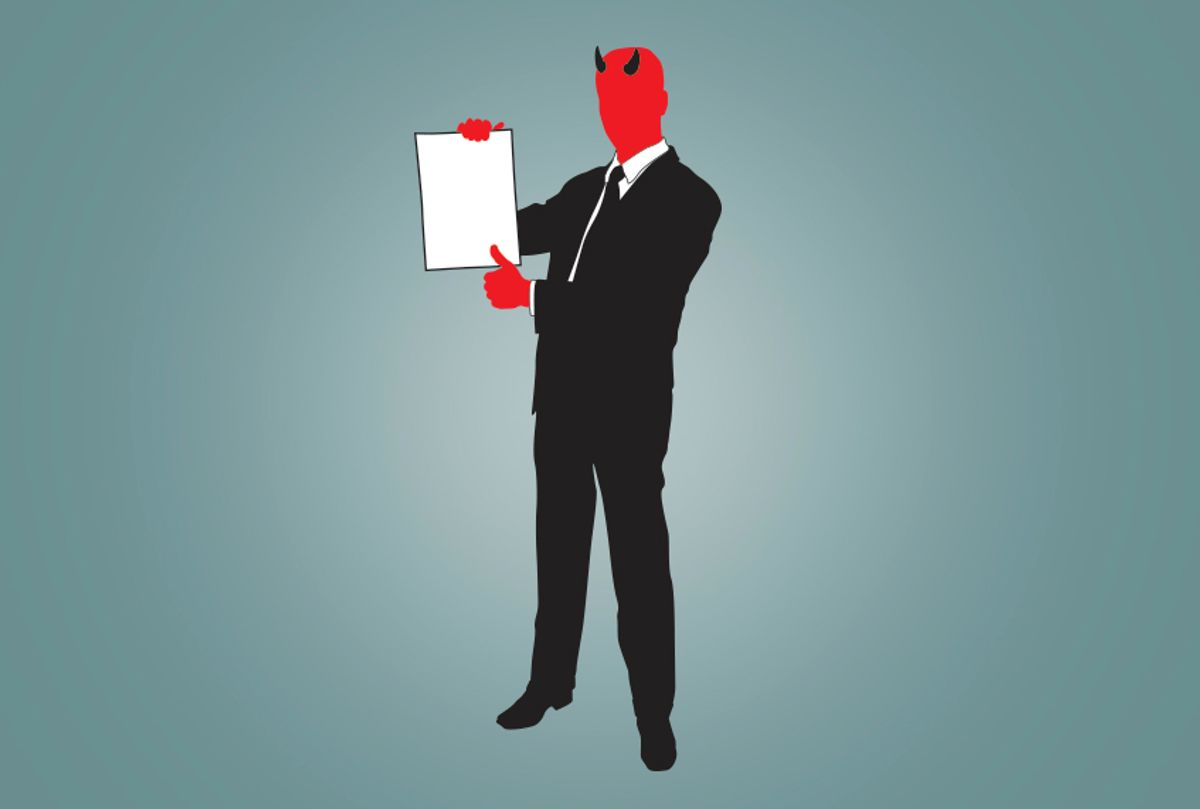 2017 will go down in history as the year women set a new precedent. A movement that started with the Women’s March in January, caught fire with #MeToo, and ended in the firings and resignations of dozens of powerful men, is reason to celebrate. Time Magazine’s cover encapsulated this perfectly by naming its Person of Year “The Silence Breakers,” the collective group of women who spoke up and confronted their harassers. These women (and a few men) put their jobs, reputations and futures on the line in the name of justice.

Yet as critics have pointed out, the Time feature largely told the stories of celebrities — people like Ashley Judd and Taylor Swift — or high-powered advocates like Tarana Burke and former Uber employee Susan Fowler. Time did feature an "anonymous arm" sticking out of the edge of the cover photo; that belonged to a hospital worker, who represented all of the women who couldn’t come forward and reveal their identities because they rightfully feared the potential repercussions.

What was stopping so many women from going public? Susanna Schrobsdorff, Time’s executive editor, explained to Salon that some women couldn’t be part of the cover story because they feared losing their jobs; or, they feared facing additional harassment at their current jobs. In still other cases, these women legally couldn't come forward. They had signed non-disparagement or confidentiality agreements.

“There were people who were contenders that it ended up becoming too dangerous for them to participate,” Schrobsdorff told Salon. “Some were in the middle of lawsuits [and] couldn’t [be interviewed] without jeopardizing their situation.”

These people were still able to participate in other ways, Schrobsdorff said. Time reporters interviewed nearly 70 women for the story, more than were quoted directly.

Yet Schrobsdorff's experience exemplifies how speaking up, or litigating sexual harassment or assault, doesn’t always end in true “silence breaking.” Sometimes, the opposite happens, and the victim is bound to silence forever. That's because of common legal contracts like non-disclosure agreements.

It's common practice for many companies to require their employees to sign non-disclosure agreements (NDAs) when they start working at a company, often under the guise of protecting company secrets. However, NDAs and confidentiality agreements are also a standard practice in many of these sexual harassment and sexual abuse lawsuits, according Andrea Downing, an attorney who practices employment law. “It’s pretty common because part of the value in reaching a settlement is not having the lawsuit in being discussed anymore and resolving the damages the jury would have had to issue,” Downing told Salon.

Though they might seem benign, NDAs and confidentiality clauses can keep victims under their abusers’ control. Pay-for-play silence enables the perpetrator, and keeps women from warning other women. This is precisely how Harvey Weinstein was able to assault women for as long as he did — even while some of his victims knew each other (yet didn't know the other had experienced abuse from Weinstein). As Mira Sorvino explained in her recent article in the Hollywood Reporter, “I've known [fellow Weinstein victim] Ashley Judd for years — we did Norma Jean and Marilyn together, apparently after our Harvey incidents. We never exchanged notes on this.”

The now-ousted co-founder of Miramax reportedly enforced NDA agreements as a means to silence his victims. According to the New York Times, “employees of the Weinstein Company have contracts saying they will not criticize it or its leaders in a way that could harm its 'business reputation' or 'any employee’s personal reputation.’”

Weinstein isn’t the only one who has relied on these agreements. They run rampant in Silicon Valley, too. Plenty of startups require their employees to sign an NDA to keep employees from leaking company information. Many young women who sign these when starting a new job may not realize that they can be signing their own gag order. While Facebook, who also recently disclosed their sexual harassment policy, doesn’t require its employees to sign an NDA, they told Salon a confidentiality clause could be enforced in a settlement. Both Fox News and Sterling Jewelers reportedly issued arbitration provisions to silence victims (although that clause is coming back around to hurt Bill O’Reilly now).

Justin Caldbeck, a Silicon Valley venture capitalist who recently stepped down from his firm, reportedly enforced a NDA on Stitch Fix CEO Katrina Lake after she complained to the firm that he sexually harassed her. Axios leaked the NDA which she was reportedly forced to sign because she was in the middle of fundraising. It is possible that NDAs and confidentiality agreements are part of why the women who work on Wall Street haven’t spoken up about harassment yet, or at least not in a way akin to the firestorm in the media industry. Yes, women can breach these agreements, but the legal consequences often lead to financial ones that many women can’t afford to suffer — with the exception of high-profile women like celebrities.

In a private sector lawsuit, one that involves an employee at a company that isn’t controlled by the state, Downing explained to Salon that women often have to decide between “speaking about what happens or having compensation to make you whole from what happened.”

“Confidentiality clauses require the individual who has brought the claim not to discuss what happened to them outside of what has already been filed,” she said.

The alternative is to take a sexual harassment or assault case to trial, Downing said, but that can only happen if the alleged incident happened within 300 days. This also requires the victim to file a complaint with the U.S. Equal Employment Opportunity Commission, which can be a lengthy process. This is why so many women choose to resolve things with a settlement.

Settlements help to some degree, but they can also enable silencing and amplify the unequal distribution of power. It’s an ugly and vicious loop, and the path to a solution remains unclear. Yet according to Sorvino’s article, a group of powerful women are  working on an initiative that includes taking another look at how these agreements only implore more silence, and possibly rewriting the rules that govern NDAs.