A terrorist tried to bomb the New York subway, and Trump isn't talking about it

Instead of talking about a failed terrorist attack in New York, Trump would rather talk about a story about him 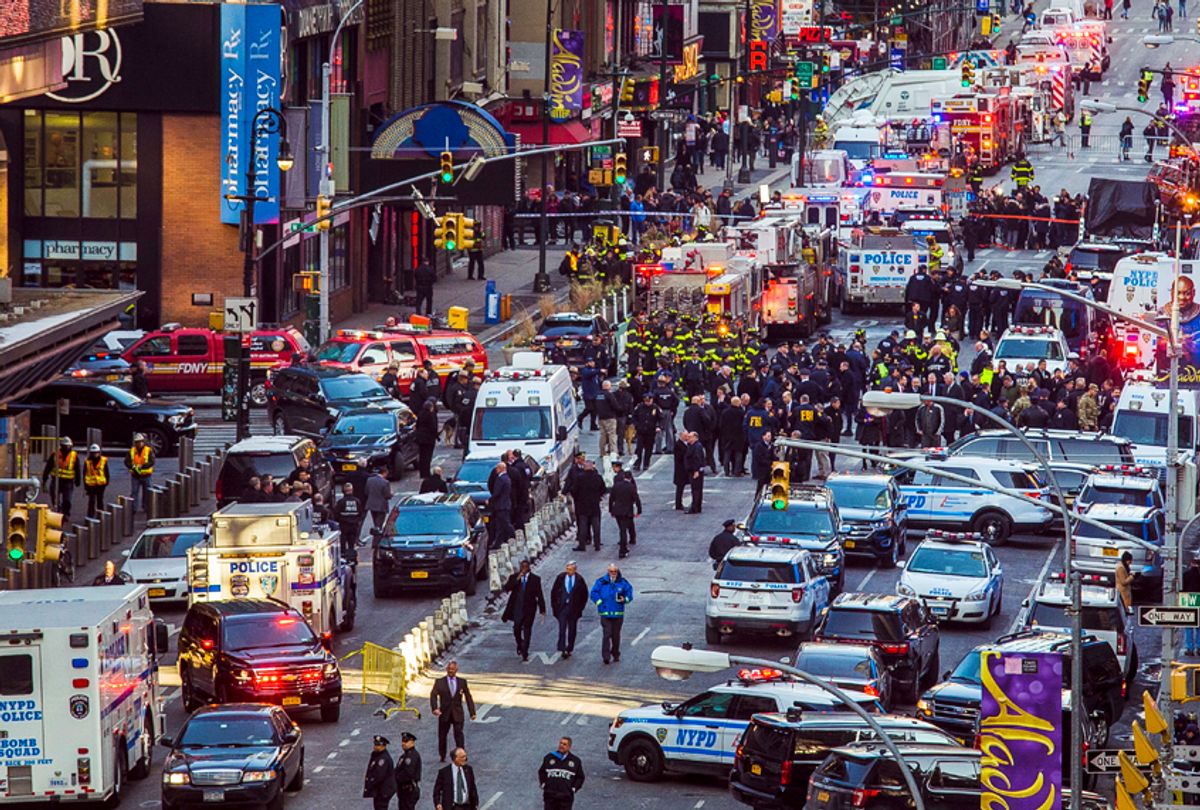 On Monday morning, an attempted explosion at the Port Authority bus station left at least three people injured and at least one person apprehended as a suspect, according to CNN. But when President Donald Trump took to Twitter minutes after the attack, he didn't offer sympathy for New Yorkers. Nor did he blame Muslims, as he has done in similar situations.

No, the president complained about a report that said he liked to watch way too much television.

A cursory glance of Twitter could tell you that New Yorkers are not fretting over the attempted attack. But even though residents are unfazed, the president of the United States didn't follow presidential protocol and at least recognize that something happened.

Instead, Trump was focused on a story that claimed he begins his days bright and early, and spends much of his day glued to the television:

Around 5:30 each morning, President Trump wakes and tunes into the television in the White House’s master bedroom. He flips to CNN for news, moves to “Fox & Friends” for comfort and messaging ideas, and sometimes watches MSNBC’s “Morning Joe” because, friends suspect, it fires him up for the day. . .

No one touches the remote control except Mr. Trump and the technical support staff — at least that’s the rule. During meetings, the 60-inch screen mounted in the dining room may be muted, but Mr. Trump keeps an eye on scrolling headlines. What he misses he checks out later on what he calls his “Super TiVo,” a state-of-the-art system that records cable news.

Watching cable, he shares thoughts with anyone in the room, even the household staff he summons via a button for lunch or for one of the dozen Diet Cokes he consumes each day.

But he is leery of being seen as tube-glued — a perception that reinforces the criticism that he is not taking the job seriously. On his recent trip to Asia, the president was told of a list of 51 fact-checking questions for this article, including one about his prodigious television watching habits. Instead of responding through an aide, he delivered a broadside on his viewing habits to befuddled reporters from other outlets on Air Force One heading to Vietnam.

Later, he groused about being forced to watch CNN in the Philippines because nothing else was available.

Of course, it is also possible that Trump didn't read the article at all. His tweet occurred shortly after a segment on MSNBC's "Morning Joe" program, which described the section of the Times article that detailed his supposed TV consumption habits.

For the record, two years ago, Trump had a different opinion on Don Lemon.