How to really help the Keaton Joneses of America

Forget the backlash and the GoFundMe campaigns, there's something to be learned here if you listen 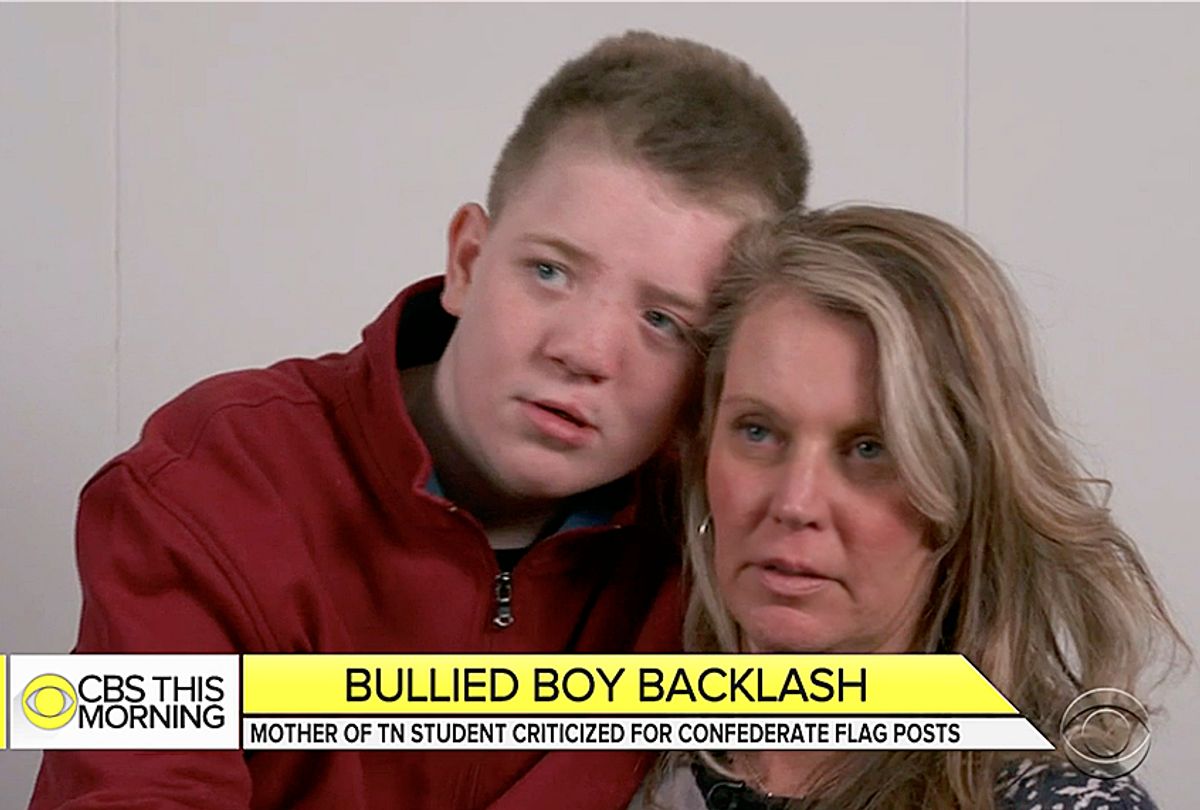 Taking a grassroots approach to solving issues is always better than following what’s hot on the internet, and I’ll tell you why.

Over the weekend, a video surfaced of 11-year-old Maynardville, Tennessee middle schooler Keaton Jones. It's was beyond sad. Speaking to the camera and his mother behind it, he cries in the passenger seat of a car, covered in tears. "Just out of curiosity, why do they bully?" he asks. "What's the point of it? Why do you find joy in taking innocent people and finding a way to be mean to 'em? It's not OK."

His mother, Kimberly Jones, posted the video and it almost instantly went viral, gaining attention from MSNBC, The Washington Post, The New York Times and many other outlets. Given that bullying is a serious problem in our country, one that deserves attention and needs to be addressed, it was a welcome, if difficult, moment.

As the video spread,  Joseph Lam, with no connection to the Jones family, started a GoFundMe titled Stand Up for Keaton, with a $20,000 goal. Lam wrote, “I decided to do this GoFundMe to help with this childs [sic] future. I know that money may not be the answer for this problem that we are facing in our communities with bullying. One of my biggest fears as a parent is that my children will be bullied in school.”

Celebrities from Snoop Dogg and Justin Bieber, to advocates for the number-one bully in our nation, President Donald Trump, quickly joined the wave, praising the young man, promoting the GoFundMe and acknowledging Keaton as a hero. By the time Stand Up for Keaton stopped taking donations, it had raised over $56,000.

Keaton Jones is now a household name, at least for this week, and that kind of national attention comes with thousands of people wanting to know who you are, who your family is and everything else in your backstory.

As reporters and members of the public scanned Keaton's mother’s Facebook account, they found Confederate flags. She later told CBS that the images should not be interpreted as a statement of her own racist beliefs. “The only two photos on my entire planet that I’m anywhere near a confederate flag," she said. "It was ironic and funny.”

I personally don’t think there’s anything funny or ironic about standing next to a flag that was once held before an army fighting to keep black people enslaved. Many who were initially on Keaton's side felt the same, withdrawing their support.

Suddenly, a discussion of a very serious issue became something quite different and distracting.

It's a familiar story: We get super excited about a video that goes viral, flock to it with little or no knowledge of where it came from or whether it's real or not, turn it into headlines and — surprise — find ourselves let down when the reality is more complicated than it seems. It's frustrating, but it's also beside the point.

I’m not going to bother saying Keaton himself is a bully, as some are. I’m also not going to call his mother racist, as many are. That would distract from the more important questions: What are schools doing to protect students from abuse by their classmates? How could money fix this or any similar problem? When these viral campaigns hit, are we donating our money to people qualified to use it in a way that will be effective? These are the questions we should be asking ourselves.

Some form of bullying happens in every school across the country, probably one right in your neighborhood. Why not start there? No matter what else is happening around it, Keaton’s video is great for starting a conversation or putting new energy into an ongoing movement. Dumping money into strangers' hands because something went viral doesn’t fix problems, it’s not even an appropriate bandage — it does nothing.

Instead, start with people you have proximity to, learn their issues and try to help them by fighting bullying on a local level. That’s the best way to make sure you are really helping the Keatons all over the country.