Following his son's heart surgery, Kimmel returned and focused his attention on health insurance for children 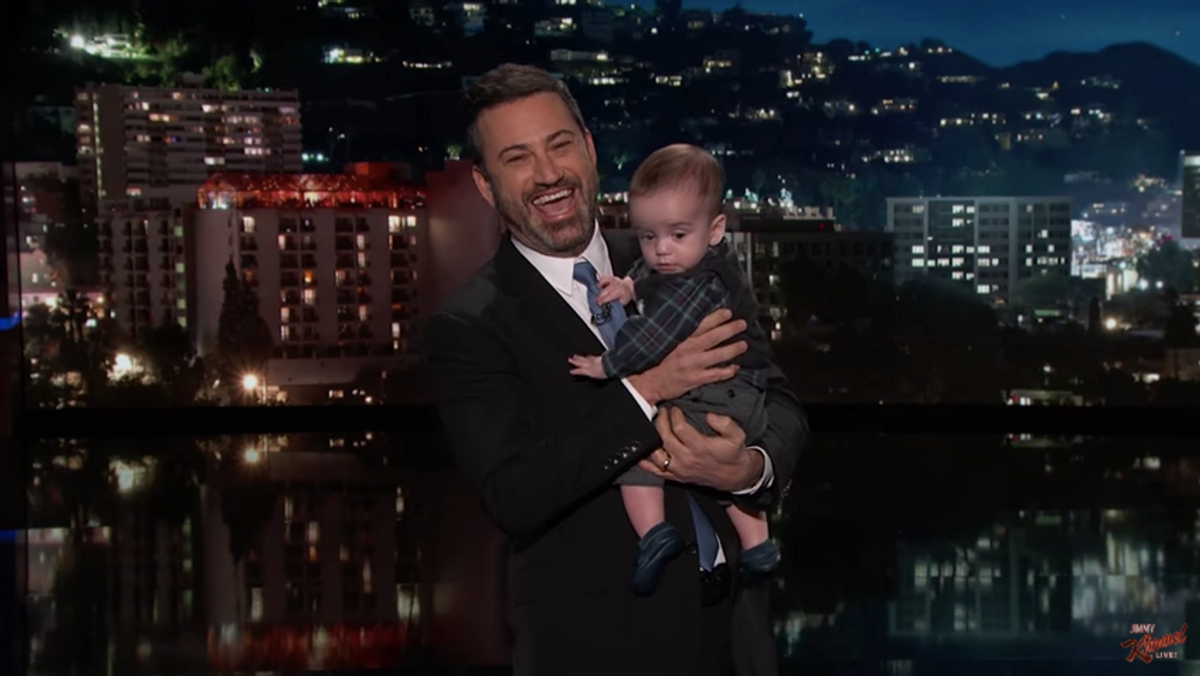 Following a week off for his son's heart surgery, "Jimmy Kimmel Live" host Jimmy Kimmel returned on Monday night and brought his 7-month-old son Billy on with him.

"I was out last week — because this guy had heart surgery. But look, he’s fine everybody, he may have pooped but he’s fine," Kimmel said while holding back tears. "Daddy cries on TV but Billy doesn’t. It’s unbelievable."

Kimmel added, "Billy is doing great, by the way. He has one more surgery — this is amazing — he had an operation a week ago. They say he’ll probably be on track to win at least a bronze medal at the Olympics in 2036."

"He may have pooped, but he's fine," Kimmel said.

Kimmel became a major health care advocate earlier in the year, as the GOP attempted to repeal and replace Obamacare. He thanked the doctors at the Children's Hospital in Los Angeles and for also treating "children from every income level whose health is especially threatened right now."

On Monday, the late-night comedian slammed Congress for turning the Children's Health Insurance Program (CHIP) into a bipartisan issue and a "bargaining chip."

"Now CHIP — [it] has become a bargaining chip. It's on the back burner while they work out the new tax plans," Kimmel said. "Parents of children with cancer, diabetes and heart problems are about to get letters saying their coverage could be cut off next month. Merry Christmas, right?"

He added, "I don’t know what could be more disgusting than putting a tax cut that mostly goes to the rich ahead of the lives of children. This is literally a life and death program for American kids."