"Trump, you failed to protect your nation," the alleged bomber wrote 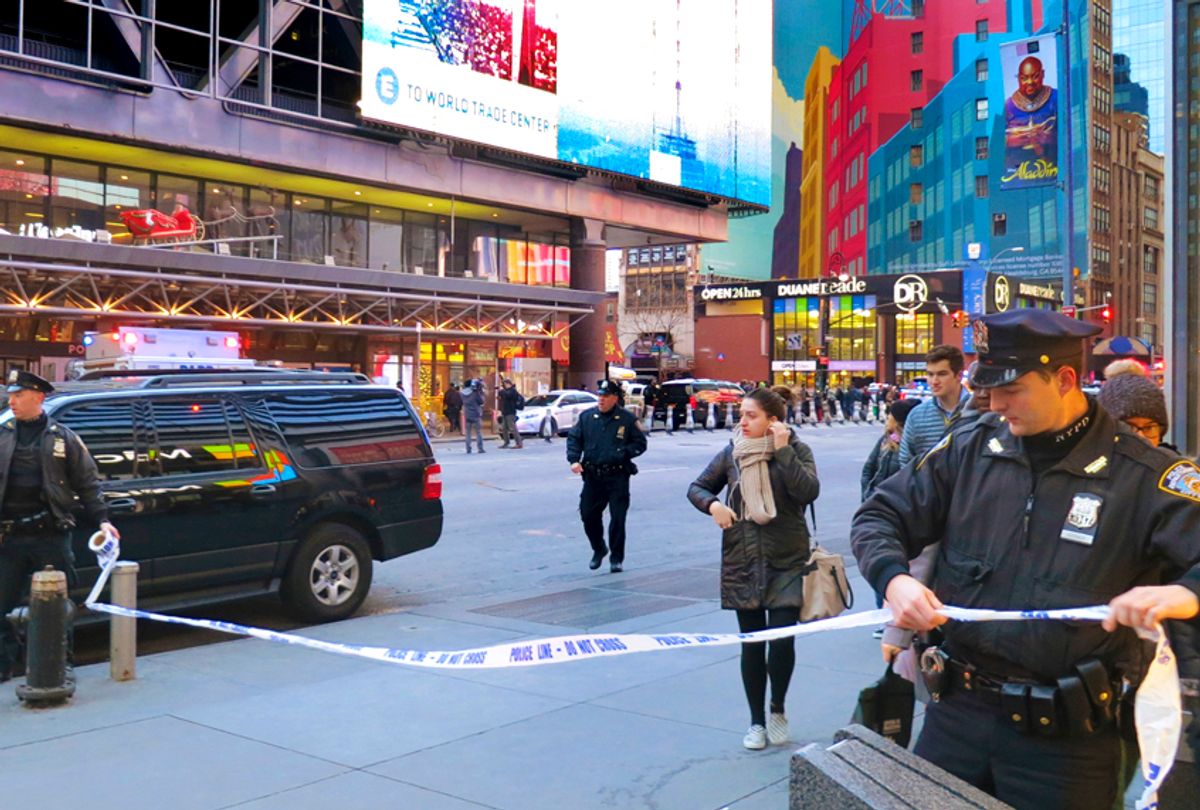 Akayed Ullah, the 27-year-old man accused of setting off a pipe bomb in Times Square on Monday, allegedly chose his spot because it was dedicated to the Christmas holiday season.

Ullah chose his location because of its Christmas-themed posters, according to The New York Times. This was reminiscent of the 2016 Berlin terrorist attack, in which an ISIS sympathizer drive a truck into a Christmas market. Ullah also incorporated Christmas themes into the bomb itself, which used a broken Christmas tree light as a detonator.

Early reports also indicate that Ullah was motivated, like many terrorists before him, by dissatisfaction with the geopolitical situation in Israel, according to CNN. He specifically said that he was upset by Israel's "incursion into Gaza," although he did not state which incursion had set him off or whether he was referring more broadly to Israel's policies in that region. Israel had launched airstrikes into Gaza over the weekend due to protests regarding President Donald Trump's decision to recognize Jerusalem as the Israeli capital.

Ullah is also alleged by law enforcement officials to have declared his allegiance to ISIS after being apprehended.

Federal prosecutors have also claimed that Ullah specifically called out Trump in his actions leading up to the terrorist attack. He is believed to have written, "Trump, you failed to protect your nation" on Facebook prior to his attempt at a deadly attack.

The main reason Ullah's attack did not claim any lives is that the pipe bomb did not detonate properly, meaning it did not produce any shrapnel. Shrapnel is often the part of an explosive weapon that causes large numbers of fatalities.