Roy Moore is saying that he'll ask for a recount, but state law dictates he'll need to pay for it himself 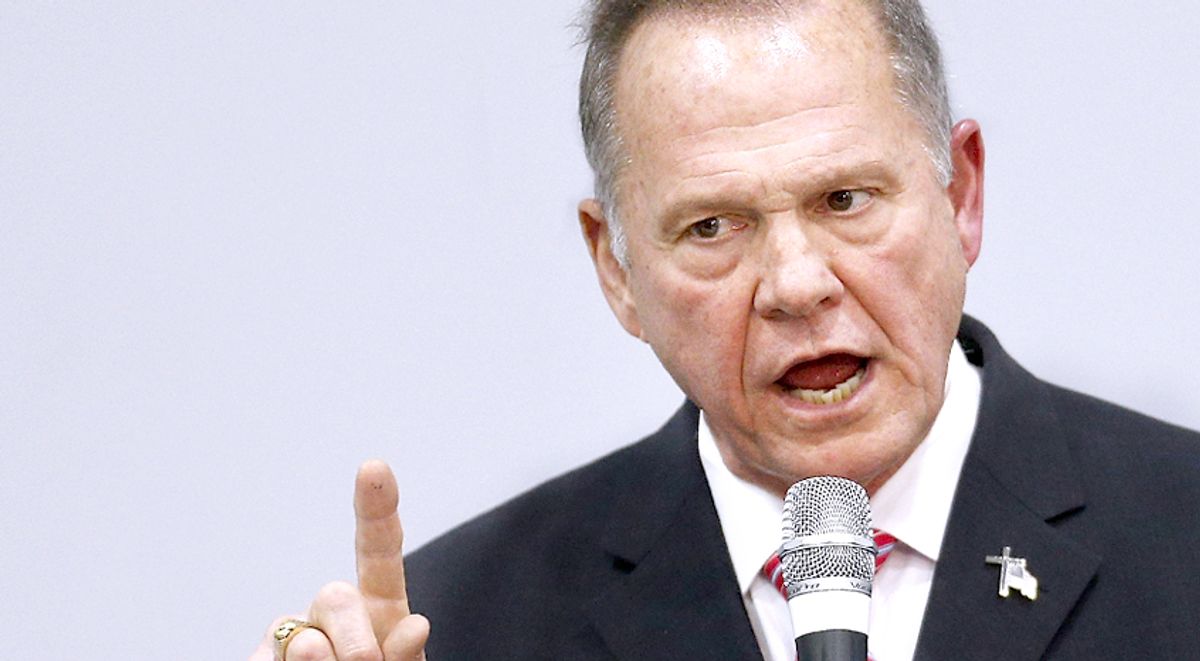 Once again, Roy Moore will not take no for an answer.

Instead of conceding the Alabama Senate election to Democratic candidate Doug Jones, the Republican Roy Moore insisted that he would ask for a recount of the results.

"I really want to thank you for coming tonight and when the vote is this close — that it's not over. And we still got to go by the rules and recount provision and the secretary of state has explained it to us and we're expecting that the press will go up there and talk to them to find out what the situation is," Moore told his supporters in his post-election speech.

He added, "But we also know that God is always in control."

Unfortunately for Moore, it won't be easy for him to simply obtain a recount, given that Jones defeated him by a large margin. Jones won 49.9 percent of the votes cast compared to Moore's 48.4 percent, according to Politico. While Jones also bested Moore by more than 21,000 votes, it is the difference in percentage points that determines whether an automatic recount is triggered. In Alabama, the difference needs to be 0.5 percentage points or less for that to happen, making the difference between Jones and Moore roughly three times too large.

In order for Moore to obtain a recount, therefore, he will need to pay for it out of pocket, as Alabama Secretary of State John Merrill told CNN's Jake Tapper.

"Any candidate can ask for a recount — and if they pay for it, they receive it," Merrill explained to CNN.

One Moore supporter who seemed oblivious to her candidate's decision was far right superstar Tomi Lahren, who claimed that Trump's opponents could learn from Moore's victory.