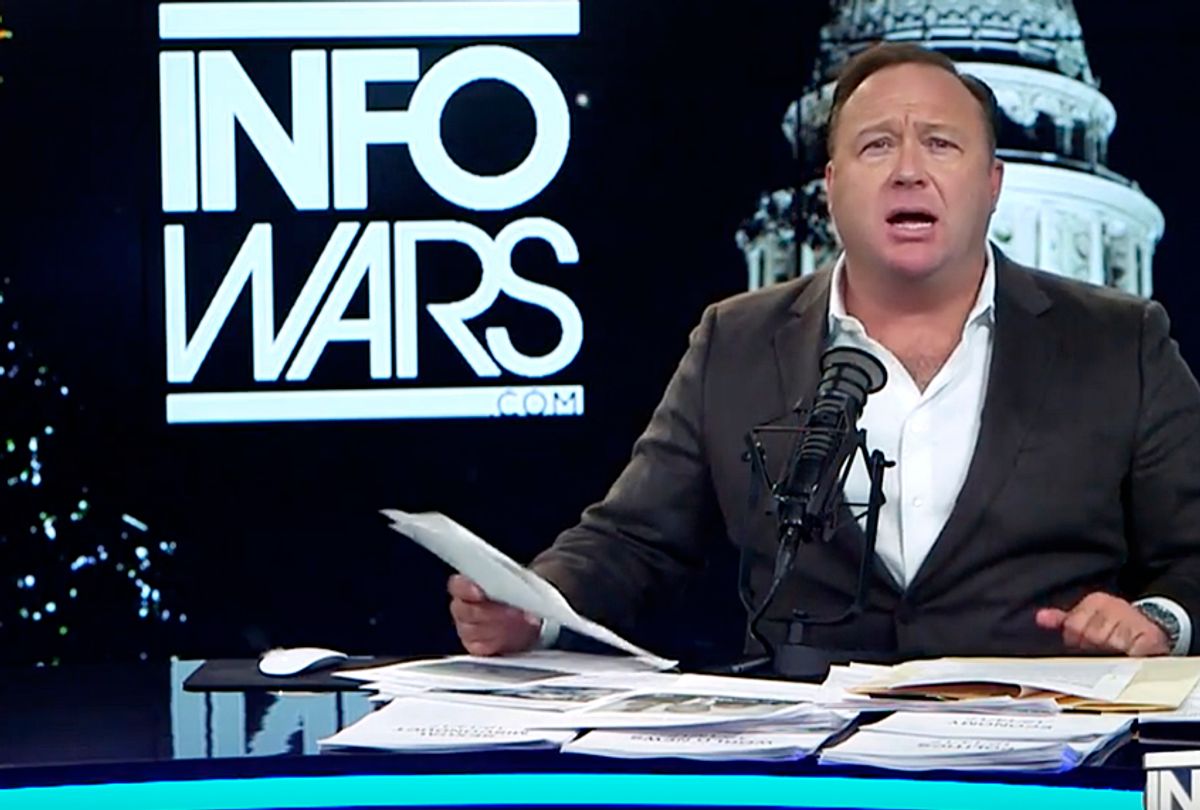 Jones claimed that the Democrats "had the dead people vote and had the folks bused in in those Democrat areas, and they stole the election." Jones also claimed that "my research shows Roy Moore probably would have won by six, seven points."

It's not exactly clear what exclusive research Jones obtained or how it proved Moore would have won the election at this time. No poll had Moore ahead by 10 to 15 points. This one was always going to be closer than that.

"The election was clearly stolen," Jones added. "The swamp has struck back big time in Alabama. Massive evidence of election fraud."

Now, it wouldn't be a true Infowars edition of the blame game if Jones didn't somehow bring up the Clinton family, so naturally, Jones did. "So it really is biblical what we’re witnessing and the dirty tricks of the Clintons and the dirty tricks of their systems in this country reaching down through into daily life," he said. "They come after you when you fight. They run intelligence operations. They destroy families. They pay people off."

To be fair, Jones seemed to put the blame on all political factions in Washington (aka the "swamp"). "They buried Roy Moore under record amounts of vicious campaign ads, total demonization, false reports. The entire swamp, Republican and Democratic parties, ganged up on Moore. That was the program," Jones said. "That was the operation. And so they’re heralding this as a great sign that they’re going to retake things in 2018."

Earlier in his rant, Jones had claimed that "the Democrat judge said, 'Oh, we’re going to erase all the computer files after tonight, on Wednesday morning. So there’s going to be no recount. Ha, ha, ha. Try that, Moore." It appears he was referring to the staying of a court order that would have forced the state of Alabama to preserve the images of all recorded ballots. In truth it was Republican Alabama Secretary of State John Merrill, a Moore supporter, and Democratic election official Ed Packard who asked for the stay and the GOP-dominated Alabama Supreme Court that granted it. Regardless, the paper versions of all ballots are preserved by the state for 22 months under law.

The unhinged rant follows a hotly contested Senate race, the result of which has Jones taking the seat formerly occupied by Attorney General Jeff Sessions. President Donald Trump took a major gable and threw his weight behind the disgraced Moore, who is accused of sexually preying on teenage girls while he was in his 30s.

The baseless claims of election fraud echo President Donald Trump's debunked claim that millions of people illegally voted against him in the 2016 election.