Has the internet made us cold? 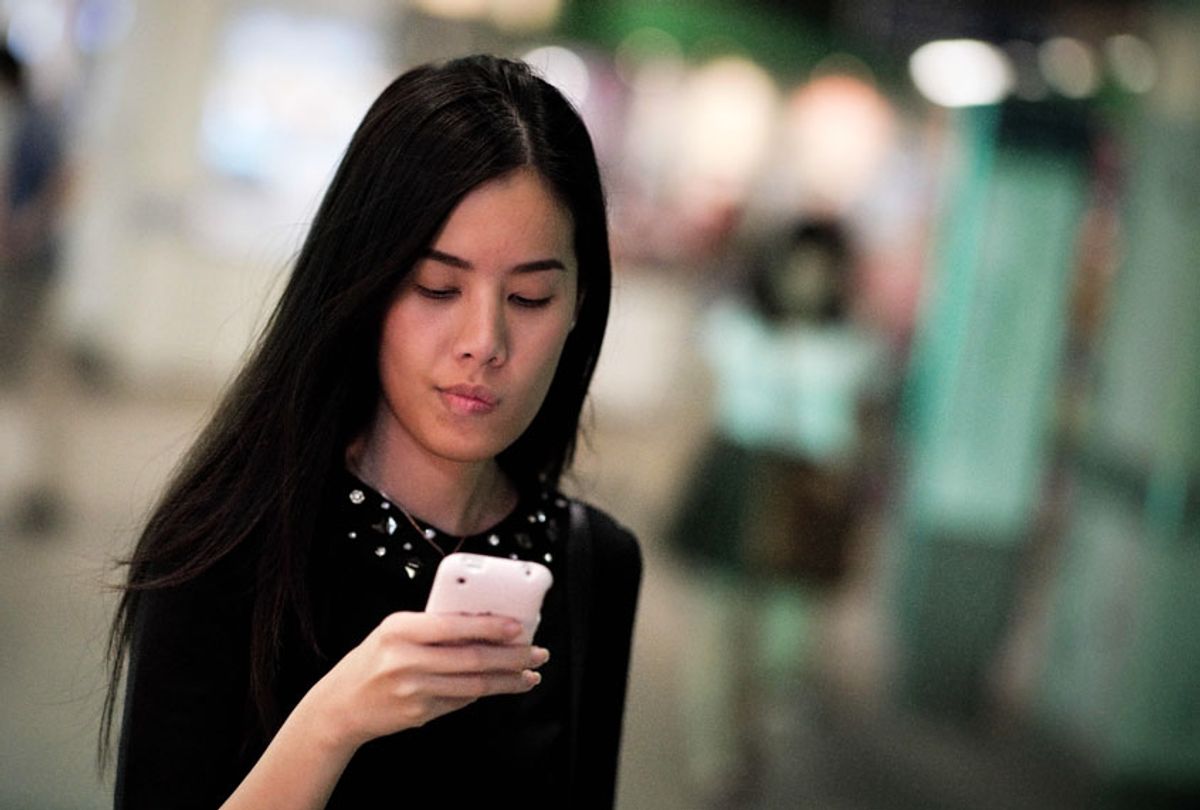 Is technology making us cold? It’s a question I’ve been struggling with for the past few weeks. It started after one of my former students, Stephon, whom I taught when he was in 10th grade, was murdered. Stephon was cool and silly, and he loved to poke fun at any and every situation. So of course everyone posted his image all over social media with loving captions and funny stories that all ended in #RIP, #FlyHigh and #GoneButNeverForgotten. This lasted about two days and then, well, it was over.

I bumped into some of his friends on the basketball court a few days later. I was dropping off some books at this east Baltimore high school and one the guys spotted me. “Hey, Mr. Watkins! What’s up?”

I walked over to the gate and they started telling me about what they’d been up to since the last time I saw them. We laughed for 15 or 20 minutes, and then I asked them if they were OK.

“Dealing with death is tough," I told them. "We all loved Steph. Y'all reach out if y'all need me.”

We reminisced for about three minutes, and then they went back to talking about basketball, women and Instagram. They had glossed over his death, almost like it hadn't happened. I don't know if that's a coping mechanism or if they were truly over it.

I lost a close friend back in high school when I was around their age. His name was DI and he was cooler than most — to me anyway. He wore his long jeans shorts, colorful tank tops and matching New Balance sneakers up and on Jefferson Street on the hottest of summer days. He always perched his DJ-quality headphones on top of his bush and blasted Nas, Biggie or a member of the Wu Tang Clan. “DI!” you would have to scream at the top of your lungs to get his attention, as the music leaked from the cushion covering his ears. He could rap, too, but we all wanted to make the NBA — that’s a common Baltimore dream that most of us rusty black boys share, generation after generation. We spend hours on the court, beating the spit out of each other, trying to prove who's superior. DI and I parted ways after one of those long nights of hooping and I never saw him again. They say he was shot from behind while wearing his headphones, and he never heard the killer coming.

The bulk of my friends got DI tats, and we drank gin and mourned his death for weeks. Dude was the topic of every conversation, all over my neighborhood, from when he passed in the spring, well throughout the winter. And we used to get his face airbrushed on our t-shirts every Memorial Day. That was in the '90s, years before new realities could be created with usernames and catchy hashtags.

I use social media, too. And admittedly, I don’t mourn in the same way. Close friends and family members I lost after social media became a daily part of my life don’t seem to cloud my thoughts as much as those who died prior to the smartphone era. It sounds horrible, but it’s true. It’s almost as if the grief is disappearing into cyberspace or the cloud. You know how we used to have physical CDs and books, and now we just stream? The same is happening with personal relationships. The internet has made it easier to cut people off. We are streaming relationships now instead.

About two years ago, I let my cousin stay with me rent-free until he could get back on his feet. He had just opened a car lot, so his money was tight. I never complained about the piles of dishes he left everywhere or yelled at him about his inability to cut off the hall light. Family looks out for family, right? So he started selling cars, moved out and was doing well. I bought a car from him for a friend who had just been released from prison, and it lasted two weeks. My cousin wasn’t trying to honor his own one-month warranty. We had to go into his office, show him his own contract and make him honor it. I let that slide. And then he sold our cousin a lemon and I had to cut him off.

I made him refund the money, but that was the final straw for me. I never spoke to him again. He told my mom and all of our aunts, but I didn’t budge. I blocked his number in my phone, blocked him on Twitter and would’ve blocked him on Instagram if he was on Instagram. I went one week without communicating with a person I used to talk to almost every day, and I forgot about him. After two years with no contact, he stopped reaching out. My mom doesn’t bug me about it anymore. That’s probably because we are all on social media.

The second reason is connected to the decreasing value of human interaction. Do we still value that? Every time I address groups of kids, I always ask them if they'd rather talk on the phone or text. Texting is always the answer. Add that to the way that apps have made people more accessible and dispensable. You can break up with your significant other and find a new one in minutes on an app. You can find new friends on apps, too. Get in fights with them, block them and then repeat the process all over again. These are options our parents didn’t have.

“Professor Watkins,” a college freshman said to me recently, “I don’t really date anymore. I kind of order sex on Tinder!”

The kid shrugged his shoulders, laughing along with the rest of the class. And that’s where are right now.

Technology has blessed us in many ways. I don’t really hear about long lost family members anymore, because they're all on Facebook. But how valuable are those relationships? Especially if they are reduced to arguments that start with phrases like, “Why didn’t you like my picture?” or “Why did you like that girl's picture,” and my favorite: “Why is your ex following you?” And then you can erase that person with a block.

Who knows what the long term effects of digital life will be? I’m going to reach out to my cousin before it’s too late.