A new controversy has emerged about the tax reform bill — namely, how it will now benefit Trump's bottom line 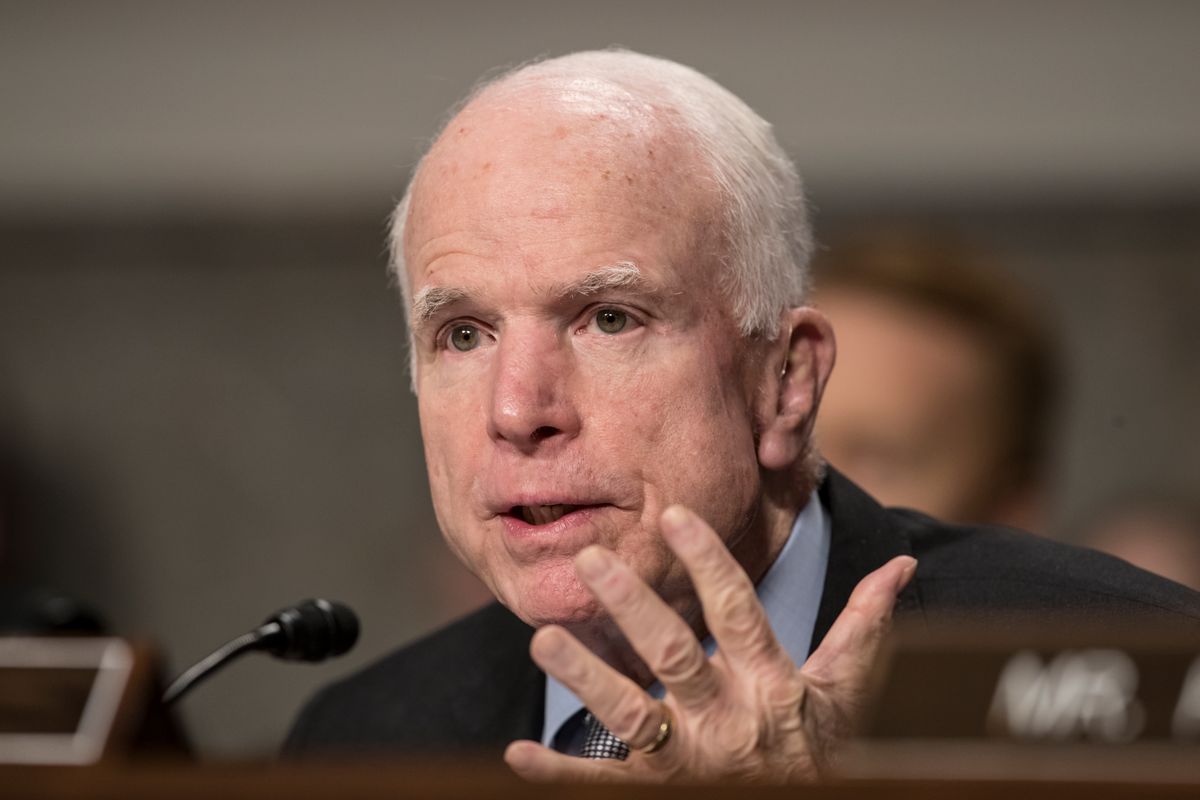 As the Republican tax reform bill winds its way through Congress, two new developments have taken center stage: Sen. John McCain, R-Ariz., won't be able to vote for the final measure, and President Donald Trump will be enriched by a new provision that was added to it.

McCain headed home to Arizona on Sunday to recover from the effects of chemotherapy treatment he had received in a Maryland hospital for a form of cancer with which he's been diagnosed, according to CBS News. He was reported to have suffered from a viral infection, although his doctors believe that he has begun to recover from it. They also reported that he has responded well to the treatments he has received for his glioblastoma, the same type of brain tumor that led to the death of Sen. Ted Kennedy, D-Mass.

"Senator McCain has returned to Arizona and will undergo physical therapy and rehabilitation at Mayo Clinic," McCain's office said in a statement. "He is grateful for the excellent care he continues to receive, and appreciates the outpouring of support from people all over the country. He looks forward to returning to Washington in January."

It is unclear how McCain's absence will impact the Senate's upcoming vote on the tax reform legislation. Without him in the Senate, that body will only be able to afford losing two Republican votes before their tax reform bill becomes unpassable. Then again, two of the Republicans senators who had been most outspoken in their opposition to the bill have recently changed their tune — Sens. Bob Corker of Tennessee and Marco Rubio of Florida.

The tax reform bill has also attracted controversy because of a recently-attached provision that undermines Trump's promise that the legislation would not personally enrich him. The new rule would permit tax deductions on income obtained from "pass through" businesses like real estate LLCs, including those that are owned by Trump and Corker. When Corker's office was asked if the inclusion of the provision influenced his decision to vote for the bill, his office replied that Corker "requested no specific tax provisions throughout the months long debate and had no knowledge of the pass-through provision in question."

Either way, the fact that Trump will now get a tax cut on his real estate LLCs refutes one of his most popular lines about the tax reform bill. As he put it in a speech in Missouri last month, "This is going to cost me a fortune, this thing. Believe me."