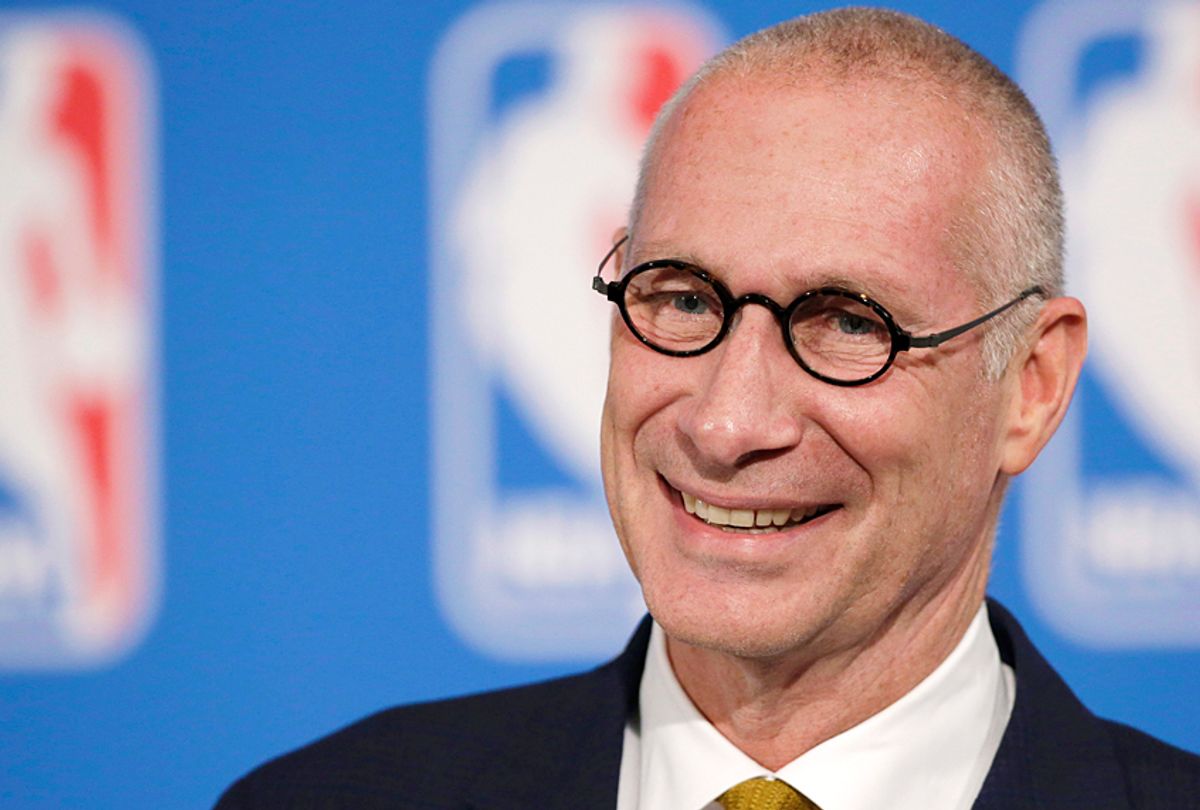 John Skipper, ESPN president, co-chairman of Disney Media Networks and the man perhaps most responsible for the way the network looks today, announced his resignation on Monday, citing a need to deal with "substance addiction." Though Skipper has at times been a controversial leader due to his management style, and the network's diminishing ratings and revenues and his emphasis on privileging on-air debate that arguably came at the cost of coverage have been problematic, the move left many — including his employees — shocked and surprised.

Skipper, who has been attached to the media giant in one way or another for 20 years, wrote in a statement Monday, "I have struggled for many years with a substance addiction. I have decided that the most important thing I can do right now is to take care of my problem." He continued, "I have disclosed that decision to the company, and we mutually agreed that it was appropriate that I resign."

"I come to this public disclosure with embarrassment, trepidation and a feeling of having let others I care about down," he wrote. "As I deal with this issue and what it means to me and my family, I ask for appropriate privacy and a little understanding."

Skipper had recently signed a three-year contract extension with the network. Former president George Bodenheimer will serve as temporary acting co-chairman until a replacement is found.

Hard driving and sometimes mercurial, Skipper rose through the ranks of the network to become executive vice president of content in 2005 and president of ESPN Inc. and co-chairman of Disney Media Networks in 2012. During that time, he helped to refashion the property that legitimately called itself "The Worldwide Leader in Sports" into a place for sometimes extreme on-air personalities — Skip Bayless included — and constant debate and talk more similar to a sports-radio broadcaster than a news source.

Initially, the public response was a large spike in viewership, though recent years have seen broad ratings failures and various associated controversies. Massive layoffs and talent defections have followed.

While a trying boss at times, he was also beloved by many of his staff, something best demonstrated by the many tributes given to him on social media an elsewhere by some of the network's past and present stars.

Host Dan Le Batard said on his morning show that Skipper "created everything that exists here at ESPN, for us," adding that, "he did it because of how he cares about minorities and their causes. And so every success that we’ve had — I didn’t want to work for ESPN, I wanted to work for this man."