Sarah Palin's son charged for alleged attack on his father 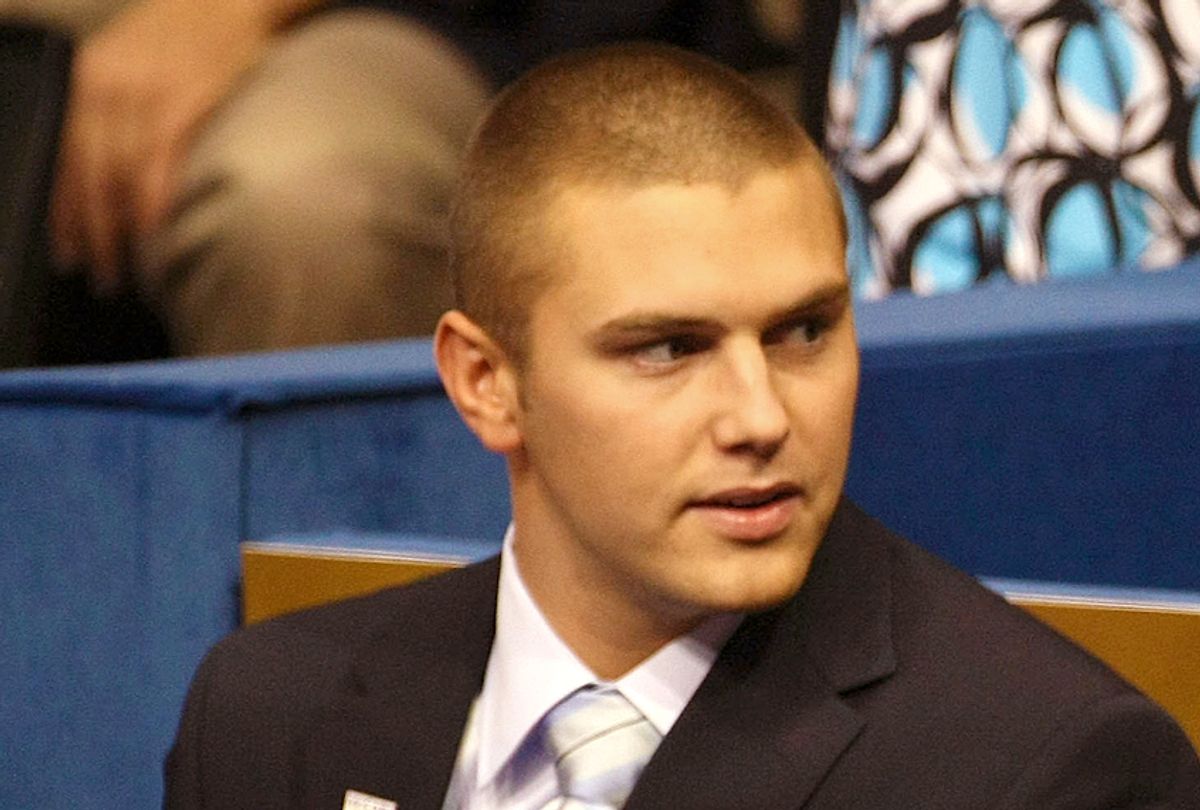 Track Palin, the oldest son of former Alaska Governor and Republican vice presidential candidate Sarah Palin, was recently arrested at his family home in Wasilla on burglary and assault charges. According to a sworn affidavit obtained by the Anchorage Daily News, Palin’s 28-year-old son “repeatedly hit” Todd Palin, his father.

Sarah Palin called the police on Saturday, December 16, at 8:30pm, and said that Track Palin was “"freaking out and was on some type of medication.” From the report in the Anchorage Daily News:

Track Palin came to the house to confront his father over a truck he wanted to pick up, according to the affidavit. Todd Palin told his son not to come because he'd been drinking and taking pain medication.

"Track told him he was (going to) come anyway to beat his ass," [reporting officer Adam] LaPointe wrote.

Todd Palin told the officer he got his pistol to "protect his family" and met his son with the gun when he came to the door, according to the affidavit.

Track Palin broke a window and came through it, and put his father on the ground, the report states. He began hitting him on the head.

Todd Palin escaped and left the house. He suffered injuries to his face and head, the officer wrote. He was bleeding from several cuts on his head and had liquid coming from his ear.

This isn’t Track Palin’s first domestic violence charge at the family home. In August 2016, Palin entered into a plea agreement after punching a woman at the same house in Wasilla.

Some of Palin's detractors might be prone to a sense of schadenfreude at the news, as such an event seems to exemplify conservative hypocrisy. While it's tempting to see the irony in the family values party violating its self-imposed precepts, Track Palin’s issues are part of a larger, disturbing trend of domestic violence that touches all classes and political sides, and which disproportionately affects veterans (as perpetrators) and women (as victims).

As an Iraq war veteran, Track Palin was tried in Anchorage Veterans Court following his first arrest for punching his girlfriend. Sarah Palin commented at the time that her son "[came] back a bit different” from combat. “They come back hardened," she added.

A U.S. Department of Veterans Affairs study reported that “the prevalence of violence among individuals with PTSD is 7.5% in the US population and 19.5% in post-9/11 Veterans, suggest[ing] that the association between PTSD and violence is especially strong in this Veteran cohort.”