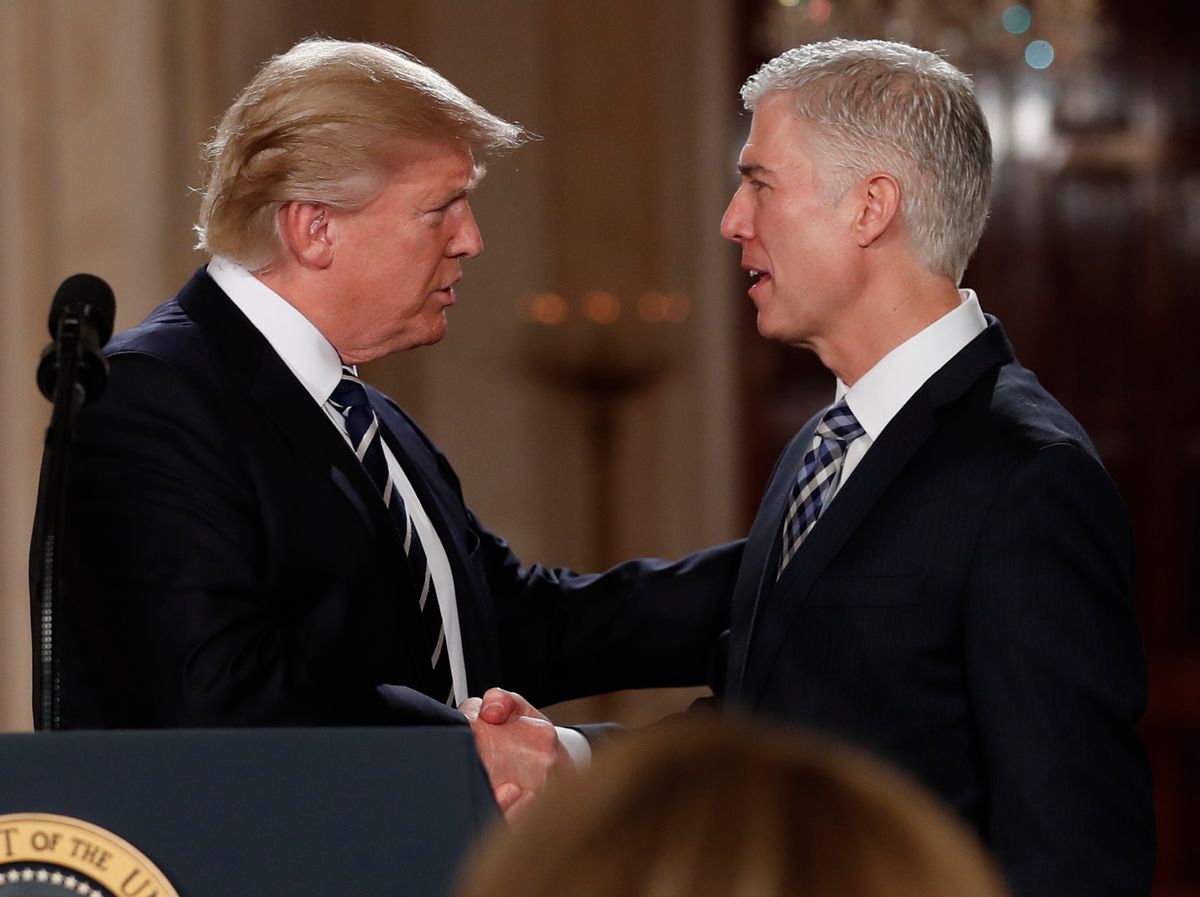 A new report reveals that President Donald Trump considered pulling Neil Gorsuch as his Supreme Court nominee after the judge made comments criticizing Trump that the president felt made him insufficiently loyal.

Several sources explained Trump ranted that Gorsuch was not "loyal" and that he might pull his nomination because of those critical remarks, according to The Washington Post. This rant supposedly occurred after Gorsuch confided in specific legislators, including Sen. Richard Blumenthal, D-Conn., that he felt Trump's attacks on the federal judiciary were "disheartening" and "demoralizing."

One detail that apparently helped cool Trump's hot temper: A handwritten letter sent to Trump by Gorsuch on March 2, thanking the president for nominating him.

"Your address to Congress was magnificent. And you were so kind to recognize Mrs. Scalia, remember the justice, and mention me. My teenage daughters were cheering the TV!" Gorsuch wrote.

Yet the letter did not make its way to Trump for over a week. When he finally received it on March 10, it had a salutary effect on his spirits.

"As head of legislative affairs, our team was in charge of his nomination, and never did I view his nomination in jeopardy, nor did the president ever suggest to me that he wanted to pull him. The process obviously caused frustration, but that frustration was compounded by the fact that Gorsuch had sent him a personal letter that he never received," Marc Short, the legislative affairs director under Trump, told the Post.

The report about Trump's reaction to Gorsuch's criticism is reminiscent of an incident that has rocked his presidency. Former FBI Director James Comey claimed that Trump invited him to dinner in January and repeatedly asked for his "loyalty," according to The Washington Post. In that same conversation, Comey claimed that Trump asked him to stop his probe of Michael Flynn, the former national security adviser who resigned after it was reported that he had misled Vice President Mike Pence about his interactions with Russian government officials.