Tavis Smiley goes crawling to Tucker Carlson to defend himself

Smiley's show was suspended after allegations of misconduct; now he's on a crusade to prove his innocence 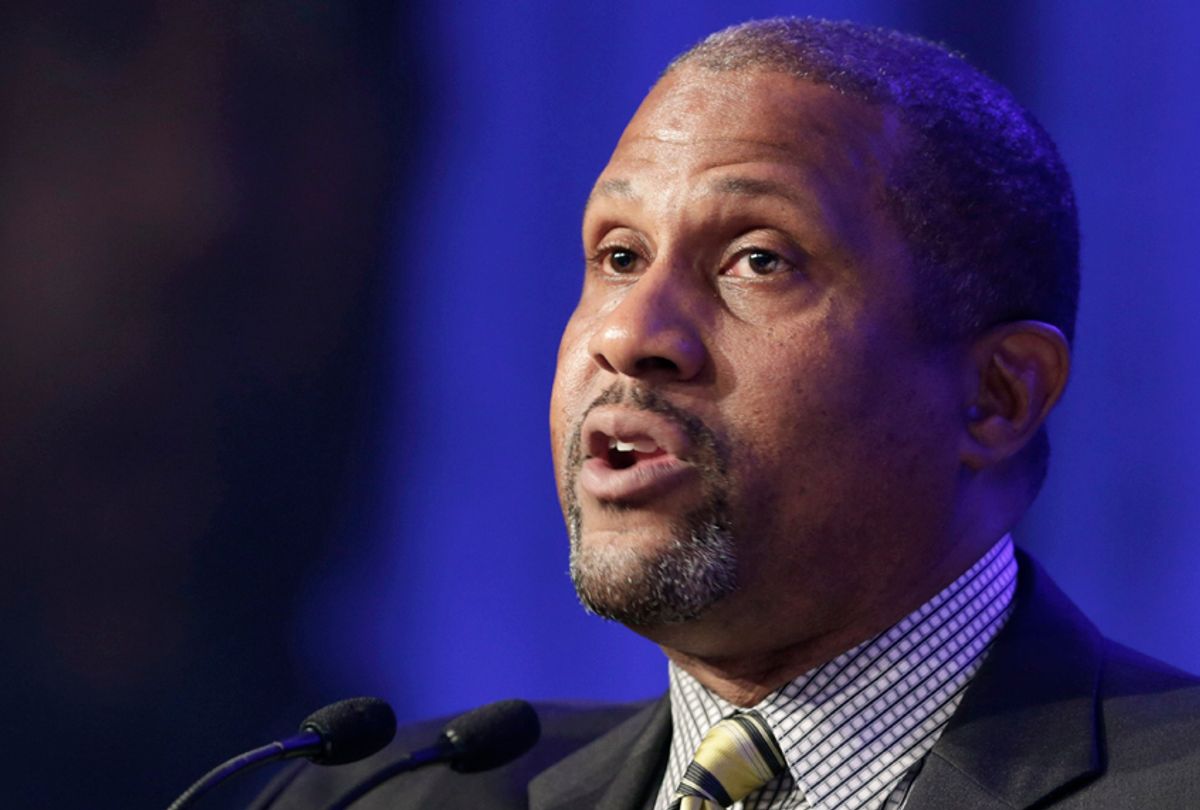 Tavis Smiley is on a crusade to prove his innocence, and Monday night he joined Fox News' Tucker Carlson to further defend himself. In recent months, Carlson has evidenced skepticism and outright criticism of the many allegations of sexual harassment and assault making waves across industries.

Smiley was suspended from PBS last week for "multiple, credible allegations" of misconduct. Smiley maintains that he still does not know what the specific accusations are or who is accusing him, and that he was not given the space or time to defend himself. Further, he says he didn't know PBS was conducting an investigation until former staffers called him to alert him of strange phone calls they were receiving from investigators.

Smiley says that only after he threatened PBS with a lawsuit did management agree to meet with him.

"A bunch of vague questions," Smiley responded. "It was a basically a bunch of 'what-if' scenarios, no specific places, no times, no real data for three hours, it was the most frustrating thing ever."

He added, "I certainly understand in this moment why any network would be concerned about these kinds of allegations and they ought to be looked into. My complaint is the way that PBS has gone about this," Smiley continued. "They've engaged in a sloppy investigation."

When Carlson asked why he thought PBS was taking this action, Smiley asserted, "There’s a lot more behind this."

Smiley closed with a warning: "If this can't be resolved some other way, and if this does in fact end up in court, millions of taxpayer dollars are going to be spent by PBS to defend itself and I don't think the taxpayers want their money spent that way."

In the past, Carlson has called the #MeToo movement a "sex-scandal avalanche" and asked his viewers if they are experiencing "a moral panic." In another broadcast, and during the Alabama Senate election night, Carlson warned of a "the hunt for sexual harassers." He added that sexual harassment is real, but to know its frequency "would require facts, which are one of the many things these cases lack . . . Unfortunately we are moving in the opposite direction, towards a standard where to be accused means to be judged guilty."

Monday, Smiley also went on "Good Morning America" to declare many of the same points. After the interview, PBS released a new statement through a spokesperson that said, "Tavis Smiley needs to get his story straight."

The statement alleged that Smiley has had "multiple sexual relationships" with subordinates and that "employment decisions may be linked to sex."

"Mr. Smiley’s own words today coupled with the information discovered during the investigation confirms PBS’ decision to indefinitely suspend the distribution of  'Tavis Smiley,'" PBS concluded.