The veteran late-night host has vowed to "fight back" 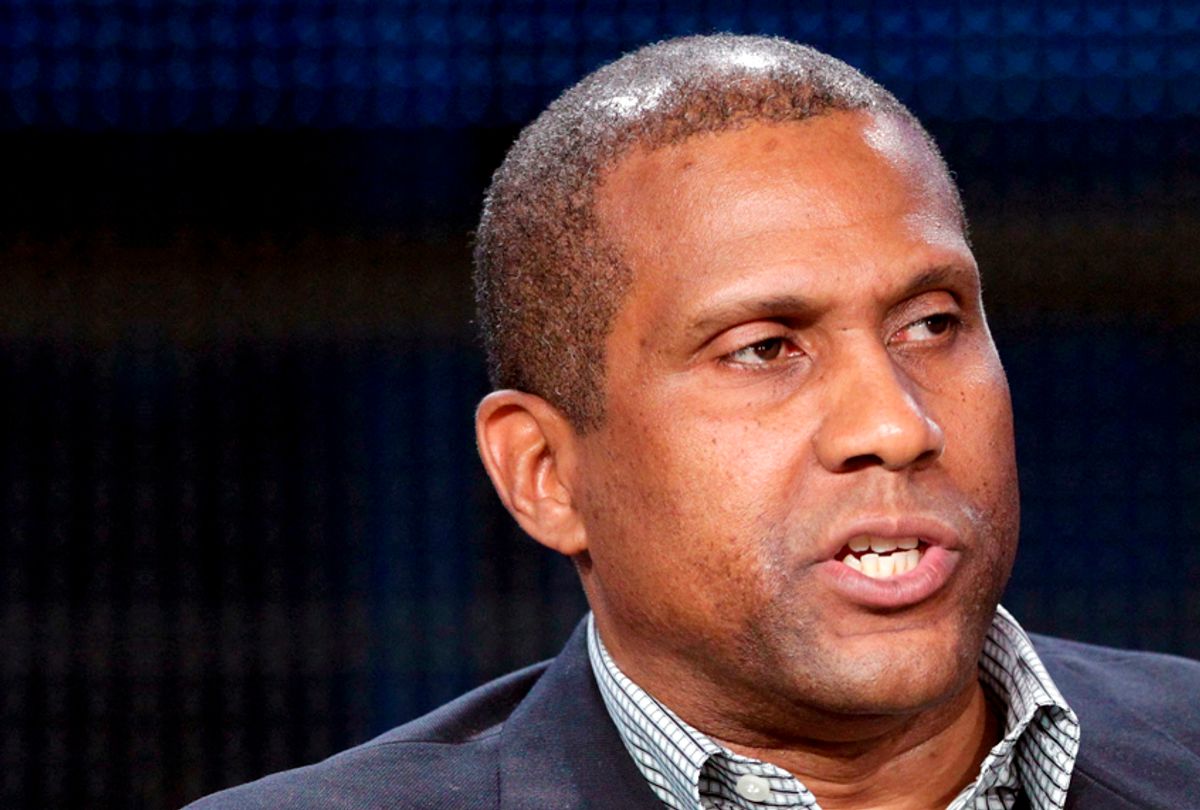 There are no confirmed details as to what these allegations of misconduct might consist of, though the PBS-run program "PBS NewsHour" initially published a story on its website using the words "sexual misconduct". A later editor's note attached to the article read, "The word "sexual" has been removed to reflect that the PBS NewsHour has not independently confirmed the allegations are sexual in nature."

The public broadcaster said: "PBS engaged an outside law firm to conduct an investigation immediately after learning of troubling allegations regarding Mr. Smiley. This investigation included interviews with witnesses as well as with Mr. Smiley. The inquiry uncovered multiple, credible allegations of conduct that is inconsistent with the values and standards of PBS, and the totality of this information led to today’s decision."

Early Thursday morning, Smiley responded to the allegations. In a Facebook video, he said he was "shocked" to hear of his suspension and vowed to "fight back."

"I have the utmost respect for all women, and I certainly celebrate the courage of those women who have come forth of late to share their own truth," Smiley said. "But let me also assure you that I have never groped, inappropriately exposed myself or coerced any colleague in the workplace ever in my 30-year career."

He claims that PBS launched an investigation without ever communicating with him, and it was former staffers who informed him of what was happening. "Only after threatening a lawsuit did PBS investigators agree to sit down and talk to me for three hours," Smiley said, claiming that the suspension announcement came almost immediately afterward.

In a written statement on Facebook, Smiley added, "If having a consensual relationship with a colleague years ago is the stuff that leads to this kind of public humiliation and personal destruction, heaven help us."

According to Variety citing unnamed sources, the investigation found "credible" allegations that Smiley had sexual relationships with "multiple subordinates." Further, Variety reported, "Some witnesses interviewed expressed concern that their employment status was linked to the status of a sexual relationship with Smiley. In general, witnesses described Smiley as creating a verbally abusive and threatening environment that went beyond what could be expected in a typical high-pressure work environment. Several expressed concerns about retaliation."

"It’s time for a real conversation in America, so men and women know how to engage in the workplace," Smiley wrote in his statement on Facebook. "I look forward to actively participating in that conversation."

The "Tavis Smiley" show has aired on weeknights on PBS member stations since 2004. Smiley said the suspension came on the eve of his 15th season and after 3,000 episodes. The show, filmed in Los Angeles and produced by Smiley's TS Media, Inc., was distributed by PBS, though the broadcaster does not employ him or his staffers. The 30-minute program features many prominent guests including politicians, athletes and celebrities.

Smiley got his start as a radio commentator before getting his own show "BET Tonight with Tavis Smiley" in 1996 on the Black Entertainment Network. Since then, Smiley has written more than 18 books, and in 2009 was named as one  of "The World’s 100 Most Influential People," by Time Magazine. He has a star on the Hollywood Walk of Fame and a W.E.B. Du Bois Medal from Harvard University.

The news comes after multiple sexual misconduct allegations against PBS host Charlie Rose led to his termination from the broadcaster and CBS last month. Traditionally, Smiley's show would directly follow Rose's on any given weekday night of programming on most PBS stations.