After US is spurned in UN vote, Trump's ambassador vows retribution

"We will remember it when so many countries come calling on us, as they so often do, to pay even more," Haley said 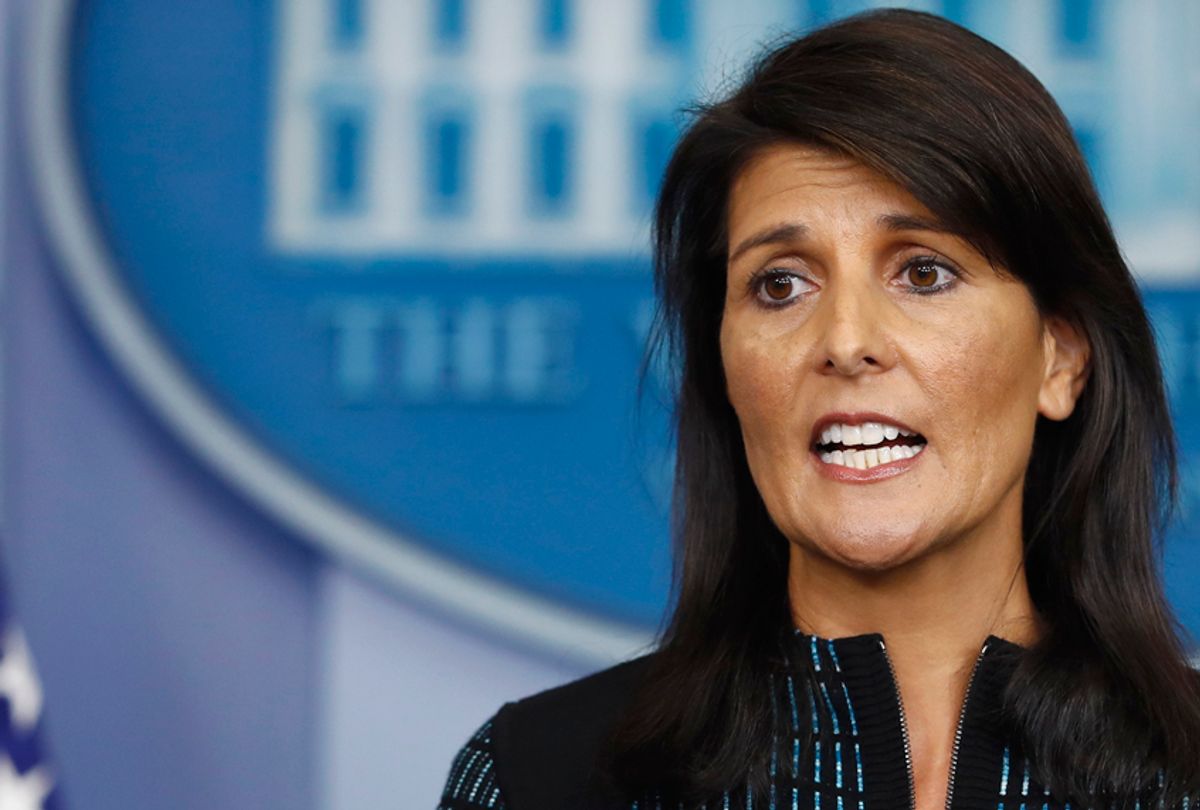 President Donald Trump's decision to move the United States embassy in Israel from Tel Aviv to Jerusalem has just been overwhelmingly condemned by the United Nations. Now his ambassador to that body, Nikki Haley, is threatening to blow up America's relationships with the rest of the world in retribution for their vote.

A whopping 128 countries voted in favor of the resolution that rejected Trump's recognition of Jerusalem as the capital of Israel. Besides the United States and Israel, the only other countries to vote against the resolution were Guatemala, Honduras, the Marshall Islands, Micronesia, Nauru, Palau and Togo. Thirty-five other countries abstained, including close American allies like Australia, Canada and Mexico. Barak Ravid, a reporter for the Israeli news source Channel 10 news, claims that Canada had considered voting against the resolution — but, after hearing Trump's threats, decided to abstain instead, so that it wouldn't be perceived as a United States puppet.

The threat in question most likely refers to a tweet issued by Haley on Tuesday, in which she said she would be "taking names" of countries that opposed America's move in Jerusalem.

"At the UN we're always asked to do more & give more," Haley stated on Twitter. "So, when we make a decision, at the will of the American ppl, abt where to locate OUR embassy, we don't expect those we've helped to target us. On Thurs there'll be a vote criticizing our choice. The US will be taking names," she continued.

Haley also wrote that "the president will be watching this vote carefully and has requested I report back on those countries who voted against us. We will take note of each and every vote on this issue."