Score one for history 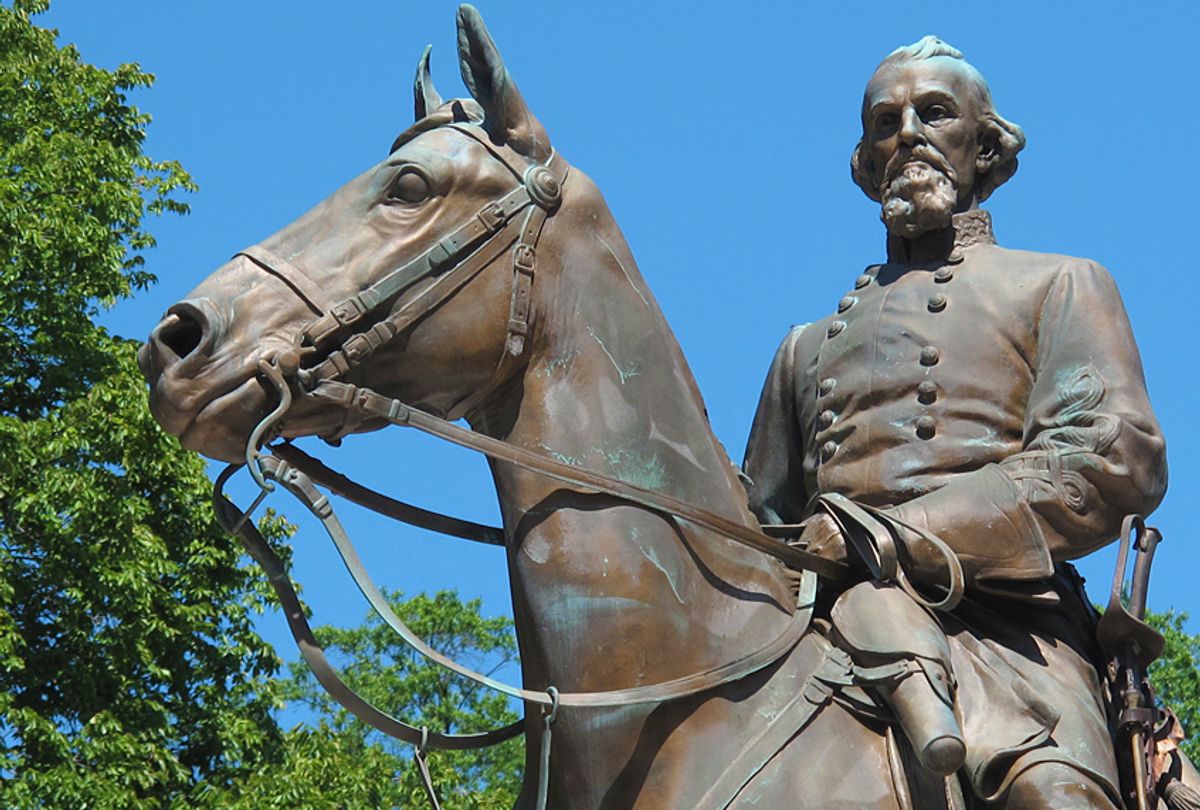 Two Confederate statues were removed from a Memphis park on Wednesday night after city officials sold the area to a nonprofit group.

The Memphis City Council began the process of taking down the statues by selling Health Science Park and its easement on Fourth Bluff Park to a nonprofit called Memphis Greenspace Inc., according to USA Today. Health Science Park contained a statue of Confederate Gen. Nathan Bedford Forrest, who was an early leader of the Ku Klux Klan, and Fourth Bluff Park contained a statue of Confederate President Jefferson Davis.

The city did this because Tennessee state law made it very difficult to take down the statues from a bureaucratic standpoint — even though many city officials wanted to do so. Once the parks were sold, however, the private entity that owned them could do as they wished. As a result, the statues of Forrest and Davis were promptly taken down on Wednesday night.

"It's really going down in history that this is the night they are going to take the statues down. It's a historic moment," City Council member Janis Fullilove told USA Today.

Rep. Steve Cohen, D-Tenn., released a statement reflecting that he agreed with the decision by Memphis city leaders (Cohen represents a congressional district that includes Memphis).

"I commend Mayor Strickland and the City Council for finding a way to legally remove statues from an era that is not representative of Memphis today and have remained an affront to most of the citizens of Memphis," Cohen said in his statement.

The issue of removing Confederate statues has been a contentious one, with President Donald Trump siding with the groups that do not want them to be taken down. In August he tweeted that it was "sad to see the history and culture of our great country being ripped apart with the removal of our beautiful statues and monuments," and earlier that month he incurred controversy by saying that there were "very fine people" among the white nationalists marching to keep up the statues.