The star had some choice words about the president, his attacks on the press and more, in a new interview 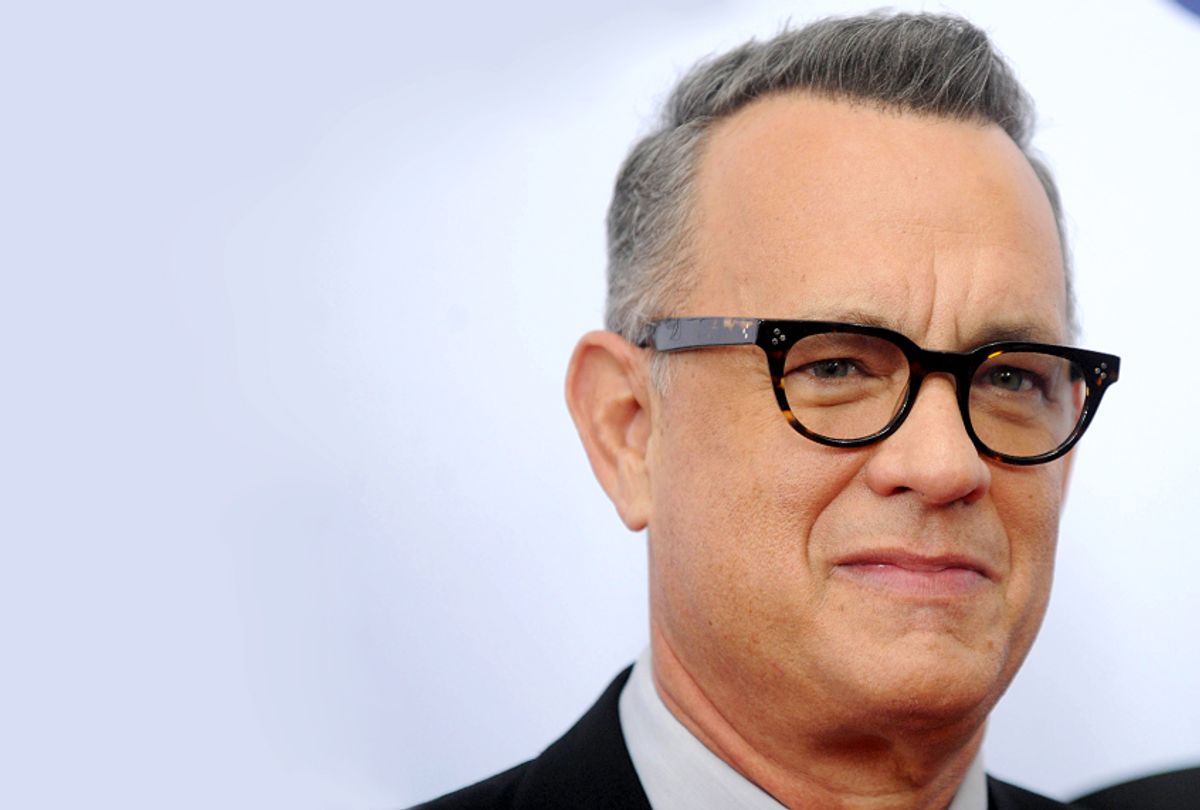 Steven Spielberg's new historical drama "The Post," starring Tom Hanks and Meryl Streep arrives Friday, and, it's appearing to be sharply timely. The film chronicles The Washington Post's decision to publish the "Pentagon Papers" in 1971, and the journeys of the paper's first female publisher, Katharine Graham (Streep), and steadfast editor Ben Bradlee (Hanks), as they took on the the Nixon administration

In a new interview with the Hollywood Reporter, Hanks spoke of the film's relevance, and revealed that, no, he could not in good faith go to a screening of "The Post" at President Donald Trump's White House.

"Because I think that at some point — look, I didn't think things were going to be this way last November," Hanks told THR. "I would not have been able to imagine that we would be living in a country where neo-Nazis are doing torchlight parades in Charlottesville [Virginia] and jokes about Pocahontas are being made in front of the Navajo code talkers. And individually we have to decide when we take to the ramparts."

He added, "You don't take to the ramparts necessarily right away, but you do have to start weighing things. You may think: 'You know what? I think now is the time.' This is the moment where, in some ways, our personal choices are going to have to reflect our opinions. We have to start voting, actually, before the election. So, I would probably vote not to go."

Hanks says themes in "The Post," such as threats to the First Amendment, are not just historical but of-the-moment, given the behavior of the current occupant of the White House. "The Nixon administration tried to stop the story from being published," he told THR. "They took on the First Amendment by saying: 'You can't tell that story, and if you do, we're going to threaten you.' That is going on, of course, right now."

"People are saying: 'No, facts are not irrefutable. We can decide whatever facts that we want, that we would like,'" Hanks said. "Right now, without a doubt, there are people in power trying to — if not quash or stop the right to publication, [then at least] denigrate it to the point [where] they are saying there is no truth to it whatsoever."