Can humanity make peace with its death?

One of these days, our species will cease to exist. How we prepare for that can help us live better in the meantime 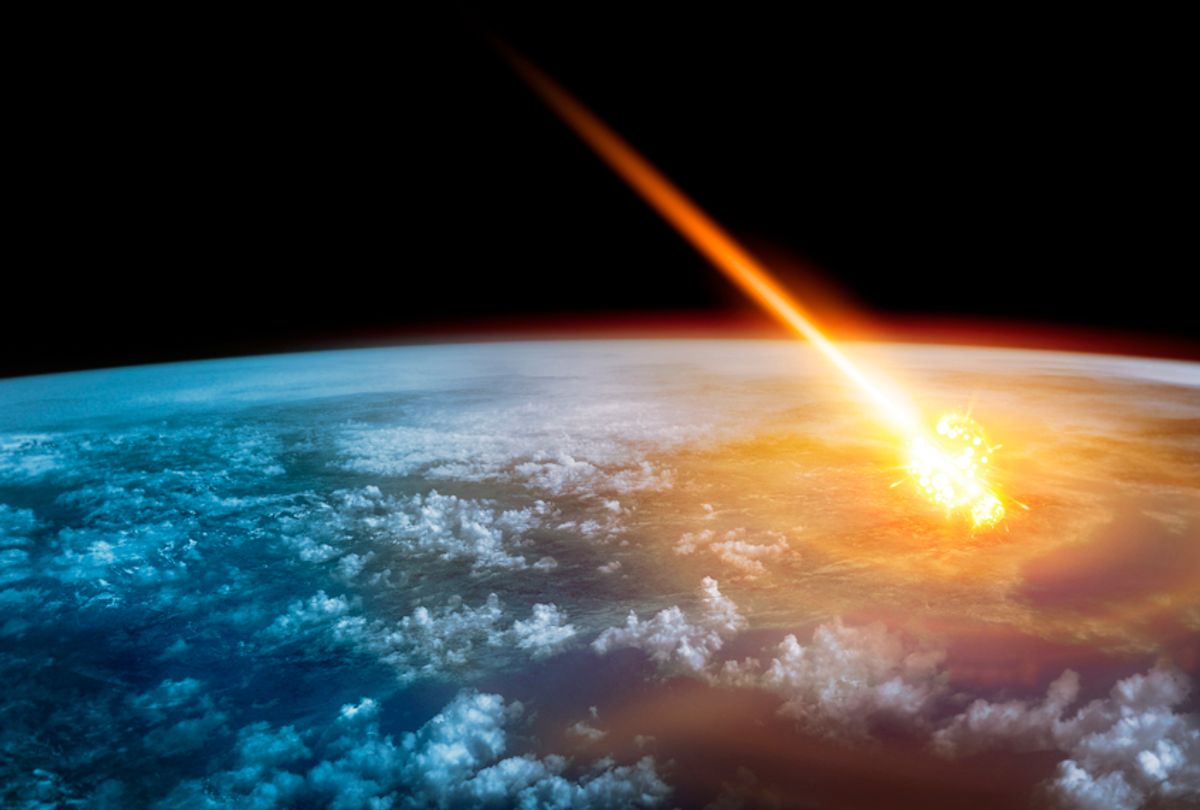 Earlier this month, a 3-mile wide asteroid known as 3200 Phaethon passed by earth. It didn't strike us (obviously), and if it had it's not clear whether its impact would have completely obliterated humanity or merely been devastating. But scientists believe it could hit us in the future — and even if it doesn't, there are plenty of other celestial bodies out there which are large enough to wipe out all life on this planet and which could very well strike us.

This raises an important question: If humanity were to go extinct, would we as a species be collectively ready for it?

There are many compelling reasons for us to ask this question right now. Global warming is reaching a crisis point, and while it's impossible to predict how exactly that will end, humanity's extinction is certainly within the realm of plausibility. The threat of nuclear war has loomed over our species since that fateful day in 1945 when Harry Truman dropped an atomic bomb on Hiroshima and today could come about either through the actions of Islamist extremists or the dueling man-children Donald Trump and Kim Jong-un. Epidemics have become increasingly likely, as diseases evolve into antibiotic-resistant superbugs. There are even dropping sperm counts among men in the Western world which, if mirrored by men everywhere else on the planet, could wipe us out while leaving most other species intact.

We like to imagine that, even if these or other extinction-level scenarios were to transpire, somehow humanity would avoid its own demise at the last second, like in a blockbuster movie. Perhaps we could do so — but it's entirely possible that we could not. And if there is one thing we don't want to do, it's spend our final moments as a species in denial of the inevitable.

"Well, I really hope people don't find a way to make peace with human extinction," Dr. Thomas Pyszczynski, a psychology professor at the University of Colorado-Colorado Springs and co-founder of Terror Management Theory, told Salon. "I suspect if the disaster scenario came to pass, we'd see a lot of what we currently see among people faced with terrifying reality — denial.  And there would likely be voices telling them it's not really going to happen, a hoax by scientists, or whatever — and many would believe this more comforting version of reality, just as they do now."

"You'd also likely see a massive resurgence of religious fervor and wishful thinking in terms of scientific solutions," he added. "People would likely become more vigorous in their insistence that only they have the right answers. And ultimately, in the end, people would cling to their loved ones and families as the end approaches, just as they do now."

His point was echoed by Dr. Jeff Greenberg, a psychology professor at the University of Arizona and another co-founder of Terror Management Theory.

"We live in denial of lots of stuff; we can't enjoy life without blocking out our awareness of tragedy happening for some people in some places around the clock," Greenberg told Salon. "We deny death as final via investment in literal and symbolic bases of immortality. Our own mortality is hard to escape; we're reminded of it in so many ways day to day. The end of the species is more remote; it takes considerable cognitive effort to think about it and recognize."

Greenberg also noted that if humanity was confronted with the fact of its impending extinction, it would "lead us to question our strings for symbolic continuance through 'achievements,' offspring etc." This is another key point: One of the most significant ways that we try to cope with our own deaths as individuals is to imagine ways in which we can be "immortal" through our contributions to humanity. This is one of the reasons why so many of us have children, pursue careers or try to do good works that help other people. Yet what if there are no other people, or even other life forms at all? What if our careers are meaningless because there are no other sentient beings capable of appreciating those accomplishments? What if our children, like ourselves, will one day be wiped out completely?

Assuming we could move past the initial phases and forms of denial, the next step would be to figure out how we could make peace with the meaning of our own collective existence as a species. Does it all become pointless once everything ends?

Caldeira makes an excellent point here, one that perhaps offers the best defense against the logic of those who would respond to an extinction-level event by looting and rioting en masse. If we're all going to die anyway, why not spend our final moments doing good by the ones we care about? Why not comfort and play with our children, express gratitude to our parents, joke with our friends, make love to our spouses and significant others? If we must be or choose to be solitary, why not spend our final moments at least engaging in those activities which make us most happy (a suggestion that, admittedly, would likely be toxic in the hands of the truly malevolent)?

There is a deeper level to Caldeira's point about living the good life as a species. How we wind up dying off collectively matters a great deal in terms of how we can cope with the underlying meaning of the very fact that we existed at all. There is no shame in dying off because of some event that was entirely beyond our control, like an asteroid hitting earth, or even one that we caused for understandable reasons, like fighting diseases so effectively that they evolved into superbugs. On the other hand, it will be shameful if we die off because a faction of our population was unwilling to restrain polluters who caused unnecessary climate change. There are other ways in which pollution could kill us off (look at the declining bee populations, for one thing), and beyond that there is always the possibility that nuclear war could do us in. If the unrestrained ids of fanatics or fragile egos of powerful men wind up resulting in our annihilation, it would be hard to imagine how we could explain ourselves to any hypothetical god.

I won't claim to have the definitive answers to these questions, aside from the fact that they absolutely must be asked right now. It strikes me that, when you study the universe, the structure of the largest objects often seem to mirror the structures of the smallest ones. My favorite example is how the solar system looks an awful lot like an atom, and in that same way I wonder if maybe the life of an individual human being — which progresses from infancy and childhood through adolescence, adulthood and death — mirrors that of what we will experience as a species.

If so, then this question is really, at its core, about what phase we are in now, and whether we are ready to meet its challenges.