More H.G. Wells and less George Orwell: Can science save us from dystopia?

Their debate whether science is humanity’s best hope continues today 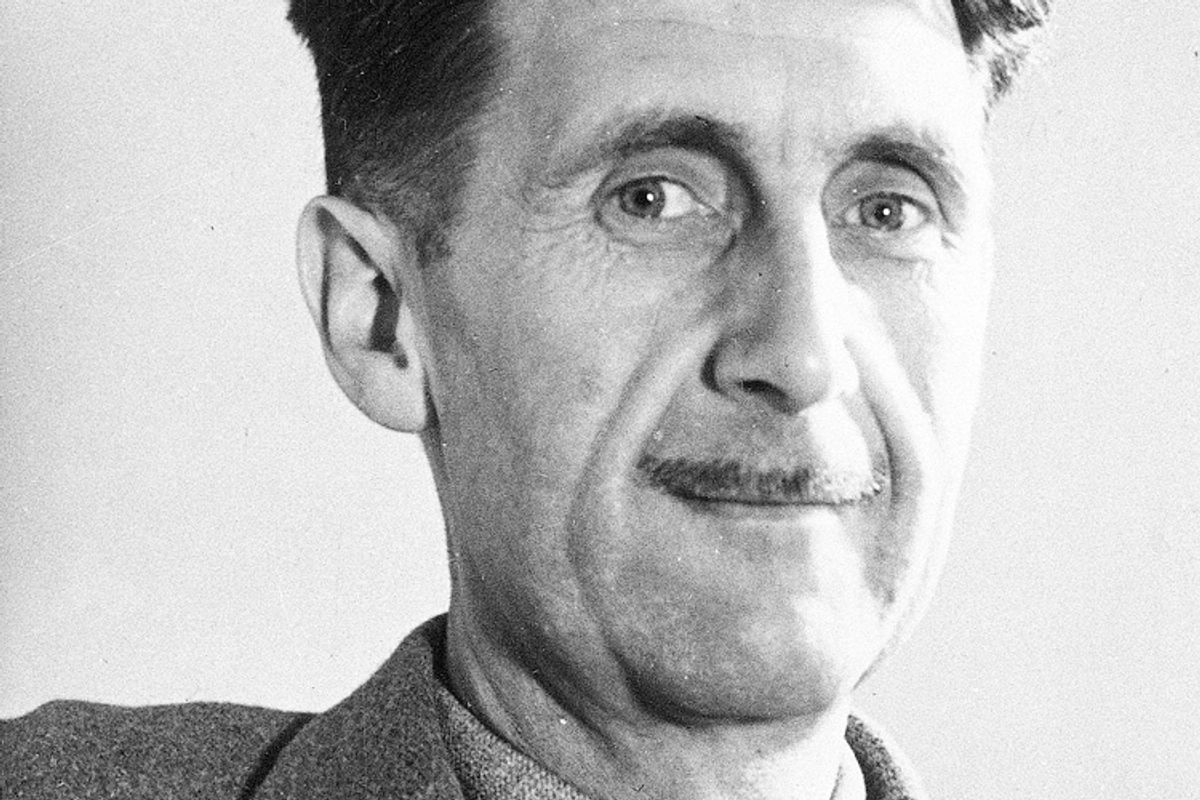 In the midst of contemporary science’s stunning discoveries and innovations – for example, 2017 alone brought the editing of a human embryo’s genes, the location of an eighth continent under the ocean and the ability to reuse a spacecraft’s rocket boosters – it’s easy to forget that there’s an ongoing debate over science’s capacity to save humankind. Seventy-five years ago, two of the best-known literary figures of the 20th century, H.G. Wells and George Orwell, carried on a lively exchange over this very issue.

Wells, one of the founders of science fiction, was a staunch believer in science’s potential. Orwell, on the other hand, cast a much more skeptical eye on science, pointing to its limitations as a guide to human affairs.

Though Wells and Orwell were debating in the era of Nazism, many of their arguments reverberate today in contemporary debates over science and policy. For example, in 2013, biologist Richard Dawkins justified confidence in science in these terms: “Science works. Planes fly. Cars drive. Computers compute. If you base medicine on science, you cure people. If you base the design of planes on science, they fly. It works….” On the other hand, Nobel laureate Peter Medawar famously argued that there are many important questions that science cannot answer, such as, “What is the purpose of life?” and “To what uses should scientific knowledge be put?”

Confronting challenges such as climate change and feeding the 2 billion people who lack a reliable source of food, it might be natural to regard science as humanity’s only hope. But expecting from science what it cannot deliver is just as hazardous as failing to acknowledge its great potential.

Herbert George Wells was born in Kent, England, in 1866. After a childhood accident left him bedridden, he discovered a love of reading. He studied and taught science under biologist Thomas Huxley, eventually receiving a biology degree. To supplement his income, he worked as a freelance journalist, publishing his first book, “The Time Machine,” in 1895.

Today Wells, who died in 1946, is best known as a science fiction writer. Among his most prominent works are “The Island of Doctor Moreau,” “The Invisible Man” and “The War of the Worlds.” In his own day, however, Wells was better known as a public intellectual with progressive political views and high hopes for science.

Wells foresaw many of the landmarks of 20th-century scientific progress, including airplanes, space travel and the atomic bomb. In “The Discovery of the Future,” he lamented “the blinding power of the past upon our minds,” and argued that educators should replace the classics with science, producing leaders who could foretell history as they predict the phases of the moon.

Wells’ enthusiasm for science had political implications. Having contemplated in his novels the self-destruction of mankind, Wells believed that humanity’s best hope lay in the creation of a single world government overseen by scientists and engineers. Human beings, he argued, need to set aside religion and nationalism and put their faith in the power of scientifically trained, rational experts.

Orwell: Skeptical of the utopian impulse

Nearly four decades after Wells, George Orwell was born in 1903 to a British civil servant in India. He grew up in England a sickly child, but loved writing from an early age. Educated at Eton, he lacked the resources to continue his studies and became a policeman in Burma for five years.

After returning to England, he began a prolific career as a journalist. His writings explored such themes as the lives of the working poor and the dark side of colonialism, and he also produced fine literary criticism. It was near the end of his life that Orwell published the two works for which he is best known, “Animal Farm” and “Nineteen Eighty-Four.”

Today Orwell is widely regarded as one of the greatest writers of the 20th century. The word Orwellian has entered the language to describe totalitarian governments that use surveillance, misinformation and propaganda to manipulate popular understanding. Orwell also introduced such terms as doublethink, thought police and big brother.

Orwell operated with less lofty ambitions for mankind than did Wells. In reflecting on the utopian impulse, he wrote in “Why Socialists Don’t Believe in Fun” that creators of utopias resemble “the man who has a toothache, and therefore thinks that happiness consists in not having a toothache…. Whoever tries to imagine perfection simply reveals his own emptiness.”

Orwell was not bashful about criticizing the scientific and political views of his friend Wells. In “What is Science?” he described Wells’ enthusiasm for scientific education as misplaced, in part because it rested on the assumption that the young should be taught more about radioactivity or the stars, rather than how to “think more exactly.”

Orwell also rejected Wells’ notion that scientific training rendered a person’s approach to all subjects more intelligent than someone who lacked it. Such widely held views, Orwell argued, led naturally to the assumption that the world would be a better place, if only “the scientists were in control of it,” a notion he roundly rejected.

Orwell pointed to the fact that the German scientific community had mounted very little resistance to Hitler and produced plenty of gifted men to research synthetic oil, rockets and the atomic bomb. “Without them,” wrote Orwell, “the German war machine could never have been built up.” Even more damning, he argued, many such scientists swallowed the “monstrosity of ‘racial science.’”

Orwell believed that scientific education should not focus on particular disciplines such as physics, chemistry, and biology – not, in other words, on facts. Instead it should focus on implanting “a rational, skeptical, and experimental habit of mind.” And instead of merely scientifically educating the masses, we should remember that “scientists themselves would benefit by a little education” in the areas of “history or literature or the arts.”

Orwell is even more critical of science’s role in politics. In “Wells, Hitler, and the World State,” Orwell treats calls for a single world government as hopelessly utopian, in large part because “not one of the five great military powers would think of submitting to such a thing.” Though sensible men have held such views for decades, they have “no power, and no disposition to sacrifice themselves.”

Far from damning nationalism, Orwell praises it to at least this extent: “What has kept England on its feet this past year” but the “atavistic emotion of patriotism, the ingrained feeling of the English-speaking peoples that they are superior to foreigners?” The energy that actually shapes the world, writes Orwell, springs from emotions that “intellectuals mechanically write off as anachronisms.”

The contrast between these two towering figures of 20th-century literature should not be overdrawn. While championing science, Wells recognized that scientific progress could also lead to human misery. He foresaw the development of immense military destructive power in the atomic bomb, as well as the creation of technologies that would undermine privacy.

For his part, Orwell recognized that without scientific research and technological innovation, the British could not maintain parity with Germany’s rapidly developing military. He did not for a second think that his countrymen should revert to the use of shovels and pitchforks as weapons of war, and he called for adult males to own and know how to use a rifle.

Yet Wells’ and Orwell’s views on science’s potential did in the end contrast sharply. As Wells saw it, scientific habits of mind were precisely what was needed to rationalize the political order of the world. For Orwell, by contrast, purely scientific ways of thinking left human beings vulnerable to deception and manipulation, sowing seeds of totalitarianism. There is much to hope for from science, but a truly reasonable outlook places equal emphasis on science’s limitations.