A Republican "Christmas Carol": It's the bah-humbug tax plan!

How will the Ghost of Christmas Yet to Come judge the Republicans' Scrooge-like tax plan? With a bony finger 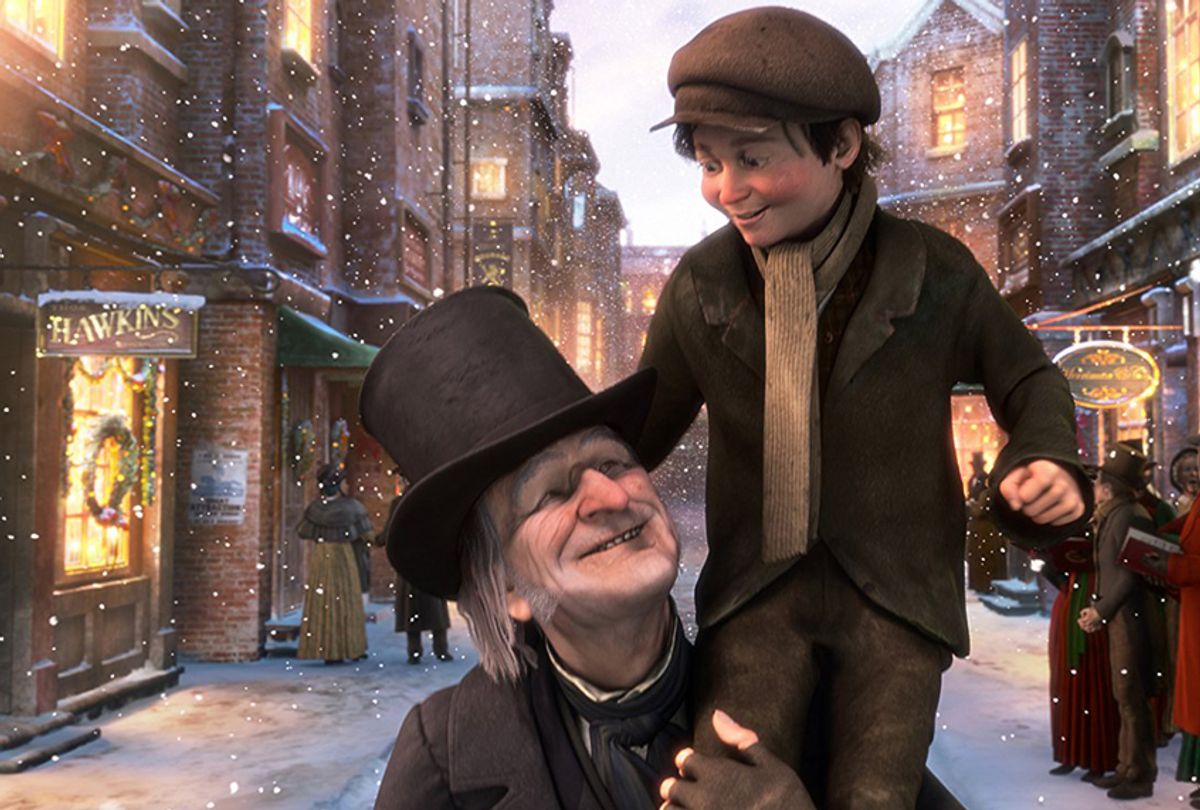 I see a vacant seat in the poor chimney corner, and a crutch without an owner, carefully preserved. If these shadows remain unaltered by the future, the child will die.

These are the words from the Ghost of Christmas Present to Ebenezer Scrooge when describing the plight of "Tiny Tim" Cratchit, the sick little boy in Charles Dickens' "A Christmas Carol." Basic human sympathy for Tiny Tim's plight is one of many factors that convinces the story's penny-pinching and callous main character, Ebenezer Scrooge, to change his greedy ways and become a better man.

It is a lesson that has been tragically lost on the Republican Party — and, in a cruel twist of fate, during the Christmas season itself.

The most obvious example is that the Republican-controlled Congress allowed funding for the Children’s Health Insurance Program (CHIP) to expire on Sept. 30, with nary a peep from President Donald Trump or anyone else in the party. CHIP, which provides health insurance for roughly 9 million low-income children across the country, is absolutely vital to the survival and flourishing of children whose circumstances today are not far away from those facing the fictional Tiny Tim in 1843. Roughly 2 million children will lose their health insurance coverage, starting in January, unless that funding is restored.

Unfortunately, Republican and Democratic sources say the most optimistic projection is six months' restoration, with three of them retroactively covering the period that has already elapsed.

Then there is the just-passed tax reform bill, which Trump has repeatedly touted as one of the biggest legislative achievements of his administration. Although that $1.5 trillion bill offers significant advantages to corporations and the wealthy, only half of the 20 percent of Americans at the bottom of the socioeconomic ladder will receive any tax benefit at all. Middle-class taxpayers will only do slightly better, on average seeing a change that amounts to less than $1,000. What's more, many of the tax breaks that benefit low-income and middle-class taxpayers are set to expire after a few years, while the steep reduction in the corporate tax rate — from 35 percent to 21 percent — will, of course, be permanent.

The tax reform bill will also take a toll on the health care of low-income Americans. By repealing the individual mandate in the Affordable Care Act, it all but guarantees that health insurance companies will jack up their premiums. The Congressional Budget Office projects that, as a result, 13 million people will lose their health insurance over the next decade.

These legislative actions are bad enough, but they speak to a deeper problem in the soul of the Republican Party. After all, these policy decisions weren't made randomly or in a vacuum. They occurred because the GOP genuinely believes that low-income Americans deserve to suffer. House Speaker Paul Ryan is a well-known admirer of the Apostle of Greed herself, Ayn Rand. His avowed goal for 2018 is to make steep cuts to Social Security, Medicare and Medicaid, programs designed to aid the elderly and the poor.

It's simply untrue that the goal in passing these tax cuts and letting CHIP expire is to make the government more fiscally responsible -- note the $1.5 trillion price tag -- or to help anyone (other than the super-rich). The point, in fact, is to go after the poor, with a degree of animus that would make Scrooge himself blush, and also to create such a massive budget deficit that the failures of their current programs can be used to justify further attacks on social welfare programs in the future.

Given all my talk here about the Christmas spirit, I suppose I should admit that I am myself Jewish. But the inspiration for this article came not from my own ponderings but from those of my girlfriend, who is a Catholic. In researching this piece, I began to dive into the religious teachings to which she was exposed throughout her life. While doing that, I came across this passage from the Epistle of James (5:1-3):

Now listen, you rich people, weep and wail because of the misery that will come upon you. Your wealth will rot, and moths will eat your clothes. For your gold and silver are corroded. Their corrosion will testify against you and eat your flesh like fire. You who have hoarded wealth in the last days!

This passage has been attributed to James, the brother of Jesus. Personally, I would not wish such harsh punishment upon the Scrooges and Ryans and Trumps of the world. Voting them out of office, and making sure their policies can never again cause suffering to the afflicted, would be enough. Such is my Christmas wish.