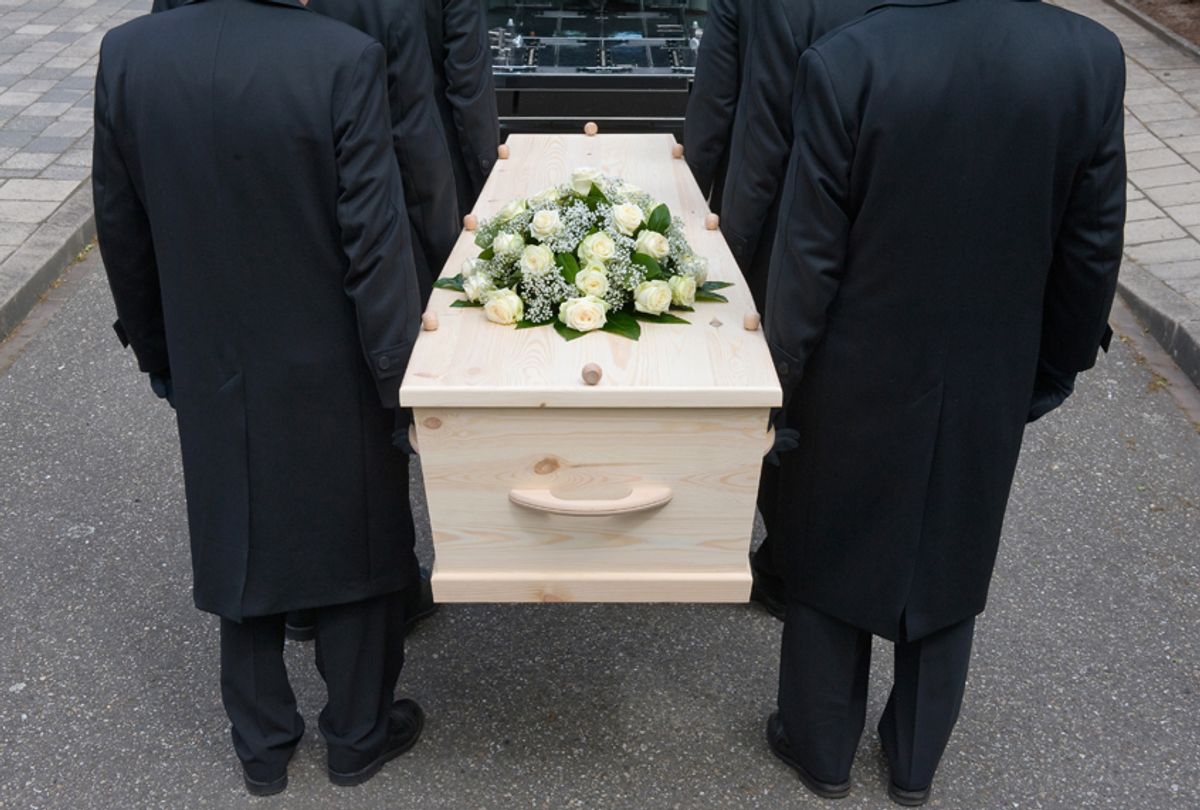 For the second year in a row, the average life expectancy for Americans has decreased. American men now live an average of 76.1 years — a slight decline from from 76.3 years in 2015 — and American women can expect to live an average of 81.1 years, the same life-expectancy average from 2015, according to a new CDC report.

According to the report, the leading causes of death in 2016 were: heart disease, cancer, unintentional injuries, chronic lower respiratory diseases, stroke, Alzheimer’s disease, diabetes, influenza and pneumonia, kidney disease, and suicide. In 2015, they were the same, except chronic lower respiratory diseases ranked third and unintentional injuries ranked fourth. In 2016, they changed positions.

"Unintentional injuries" is a vague term, but is used to describe accidents, such as motor vehicle traffic crashes, accidental poisoning (which could be accidental drug overdoses), and falls. Interestingly, the National Security Council released data last February calling 2016 the deadliest year on U.S. roads since 2007.

“With continued lower gasoline prices and an improving economy resulting in an estimated 3% increase in motor-vehicle mileage, the number of motor-vehicle deaths in 2016 totaled 40,200, up 6% from 2015 and the first time the annual fatality total has exceeded 40,000 since 2007,” the statement said.

Outlets such as The Atlantic have speculated that the opioid crisis is the primary cause for decreased average life expectancies. In 2016, more than 63,600 Americans died of drug overdoses, according to another CDC report— a 21 percent increase from 2015. The overdose rate was highest among men and people under 55.

In October, Donald Trump declared the opioid epidemic a national emergency. Policymakers have missed opportunities to implement strategies to combat this crisis in the last several years.

Compared to other developed countries, the U.S. ranks relatively low in terms of life expectancy rates. Countries like Monaco, Japan, Singapore, Iceland and Switzerland snag spots in the top 10, according to government data. The United States comes in at 43rd.