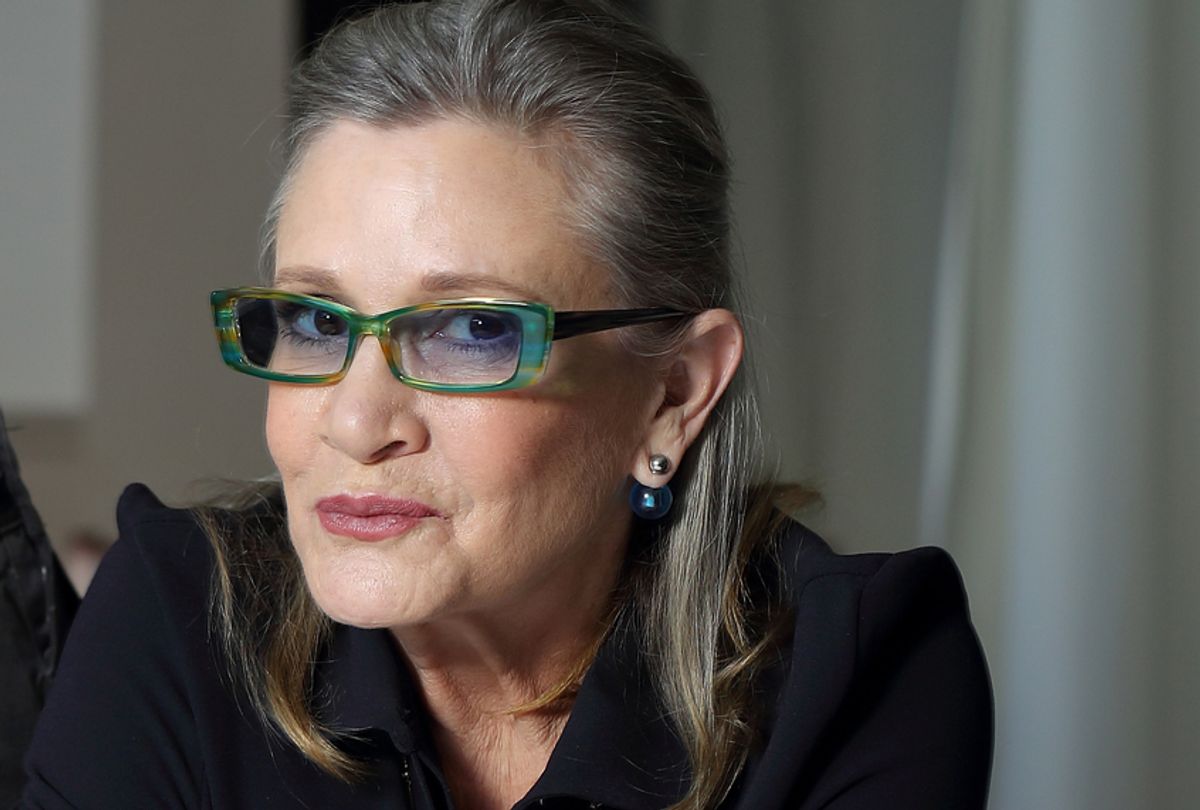 It was 12 months ago this Wednesday when Carrie Fisher — writer, mother, actor and Princess Leia of the "Star Wars" franchise — passed away. Fisher's tragic death came four days after what proved to be a fatal health emergency on plane during approach to Los Angeles International Airport.

The death of the woman who played such a central role in the childhoods (and, yes, adulthoods) of so many hit pretty hard in 2016, coloring the releases of both "Rogue One: A Star Wars Story" and this month's "Star Wars: The Last Jedi," the movie that marked Fisher's last on-screen appearance.

That sense of loss, of ache and of true, unvarnished adoration was apparent again Wednesday as celebrities and fans alike looked back on Fisher's life with a smile on their digital faces and tears in their virtual eyes.

Using the 100-percent appropriate Twitter hashtag #CarrieOnForever, co-stars, friends and unconnected admirers weighed in. Fisher's "Star Wars" co-star Mark Hamill paid his tributes, of course — but so did the organizers of the Women's March and Merriam-Webster's dictionary.

Some praised Fisher for her fierce feminism and the way she helped recast what a princess or a woman in a big-budget action film could be. Others remembered her defiance, her humor, her openness with her substance abuse and mental-health issues, or her refusal to grow old gracefully as our society often demands women do.

All seemed to speak from the heart, and with a deep sense of gratitude for someone who was so much more than one iconic role. It was an attitude perhaps best expressed by one user who wrote, "Thank you for everything, space mum."