Though 78 percent of Americans are living paycheck to paycheck, the disparity of wealth continues to widen 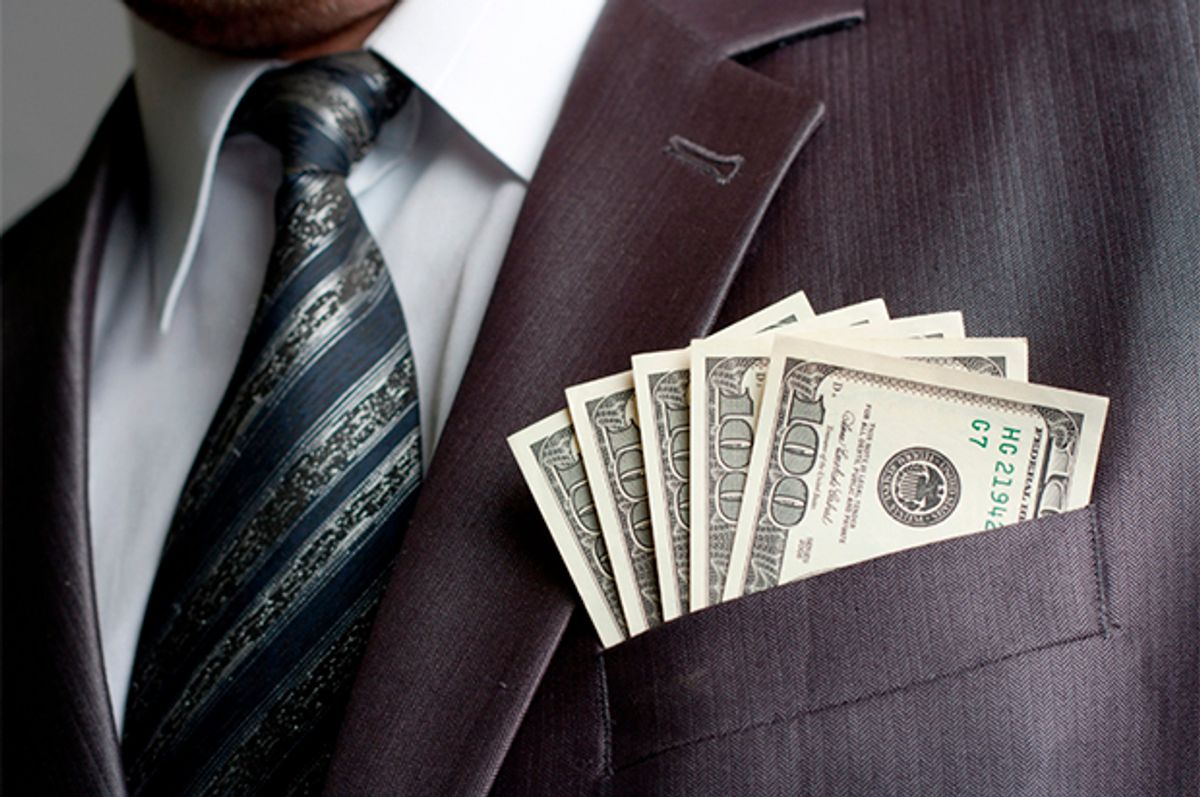 The disparity of wealth across the globe only continues to widen and shows no sign of slowing down any time soon. In 2017, the world's richest people became $1 trillion richer, a gain that is four times greater than the previous year.

The news comes in light of the Republican Party and the Trump administration recently rushing the most substantial overhaul to the nation's tax code in decades, all in the name of needing to spark a supposedly sluggish economy.

Days after signing the tax bill, the president, dining with friends in his Mar-a-Lago club, informed them they had all just gotten "a lot richer."

Despite the legislation's deep unpopularity, the Trump White House put forth zero substantial evidence to prove its promises would come into fruition. The growth projections have been widely disputed and are considered optimistic at best. What's been overlooked is the brazen neglect of working Americans, whom Trump claimed to champion while on the campaign trail, as the wealthiest only continue to reap the benefits at the expense of everyone else. But the tax plan does not bolster the middle-class or benefit low-income Americans to the proportion that the rich stand to benefit.

House Speaker Paul Ryan, R-Wis., has already called for spending cuts to decrease the deficit his own party just promised to balloon with their tax plan. Those spending cuts will be made to Medicare, Social Security and Medicaid, which will have a disproportionately negative impact on working-class Americans.

A second Gilded Age is on the horizon, as global wealth has become more concentrated than ever before. With 78 percent of workers in the U.S. living paycheck to paycheck, corporate America continues to thrive.