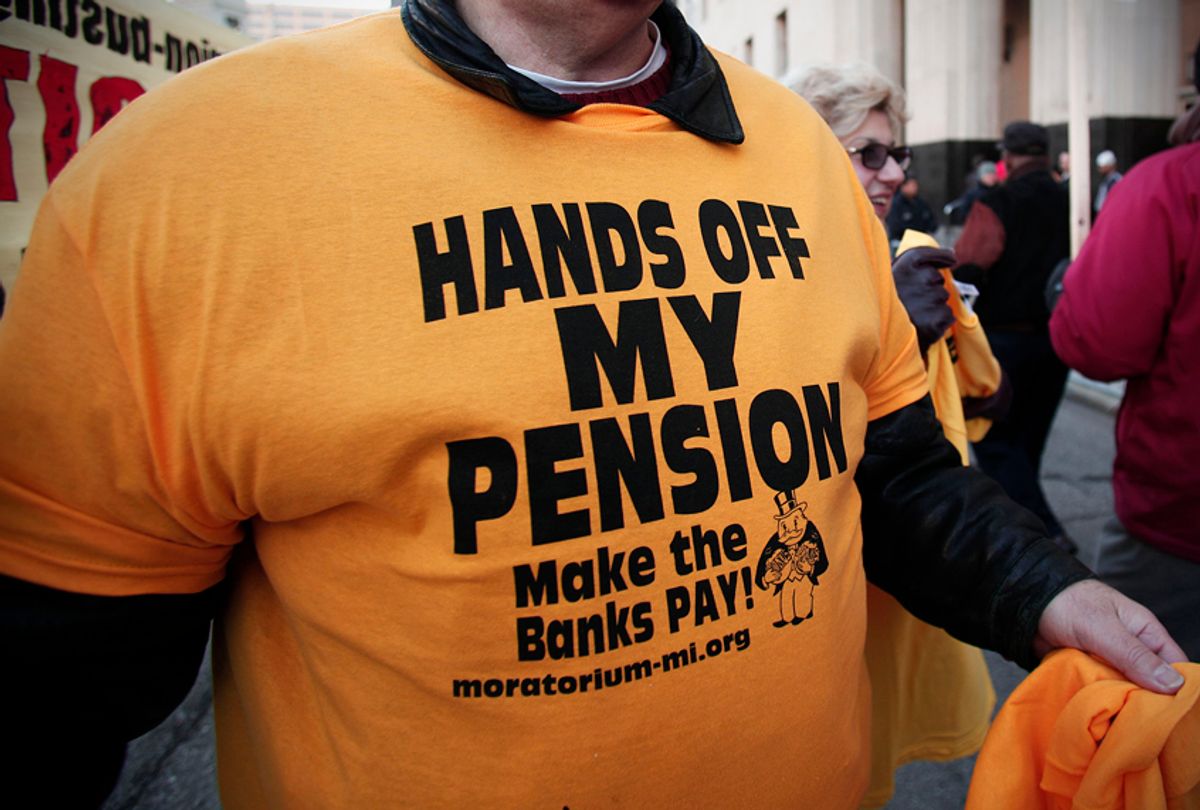 A new lawsuit has been filed accusing Kentucky Retirement Systems (KRS) officials of engaging in a "civil conspiracy" that depleted the state's pension fund and then attempted to obscure the direness of its financial health.

The lawsuit named specific officials at KRS and their consultants, specific board members and the hedge fund firms KKR/Prisma Capital Partners, Blackstone Group and Pacific Alternative Asset Management, according to the Louisville Courier-Journal. It accused the hedge fund sellers of breaching their fiduciary duty by enticing KRS into making investments without fully disclosing the considerable risks involved, which the lawsuit argued are responsible for the pension fund's current dire straits. The lawsuit also accused various consults and current or former KRS board members of violating their fiduciary duty by, among other things, approving investments based on assumptions that were clearly faulty.

The eight plaintiffs are current and former Kentucky public employees, who are seeking to recover losses for the Kentucky Retirement Systems rather than themselves personally, and are filing on behalf of Kentucky taxpayers. The lawsuit did not specify a monetary amount, aside from stating that KRS is "billions of dollars" worse off because of the actions of the defendants.

One of the main criticisms of the lawsuit is that KRS invested $1.2 billion on a single day in August 2011 into three international hedge fund sellers based on vehicles in which the investors knew very little (also known as "black box" hedge fund vehicles). Despite the failures of these hedge fund investments, the worst performing hedge fund vehicle (known as the "Daniel Boone Fund") somehow managed to coax $300 million more in investment money from KRS.