In advance of a reissue of the seminal teen movie, a clip starring Ally Sheedy and Molly Ringwald surfaces 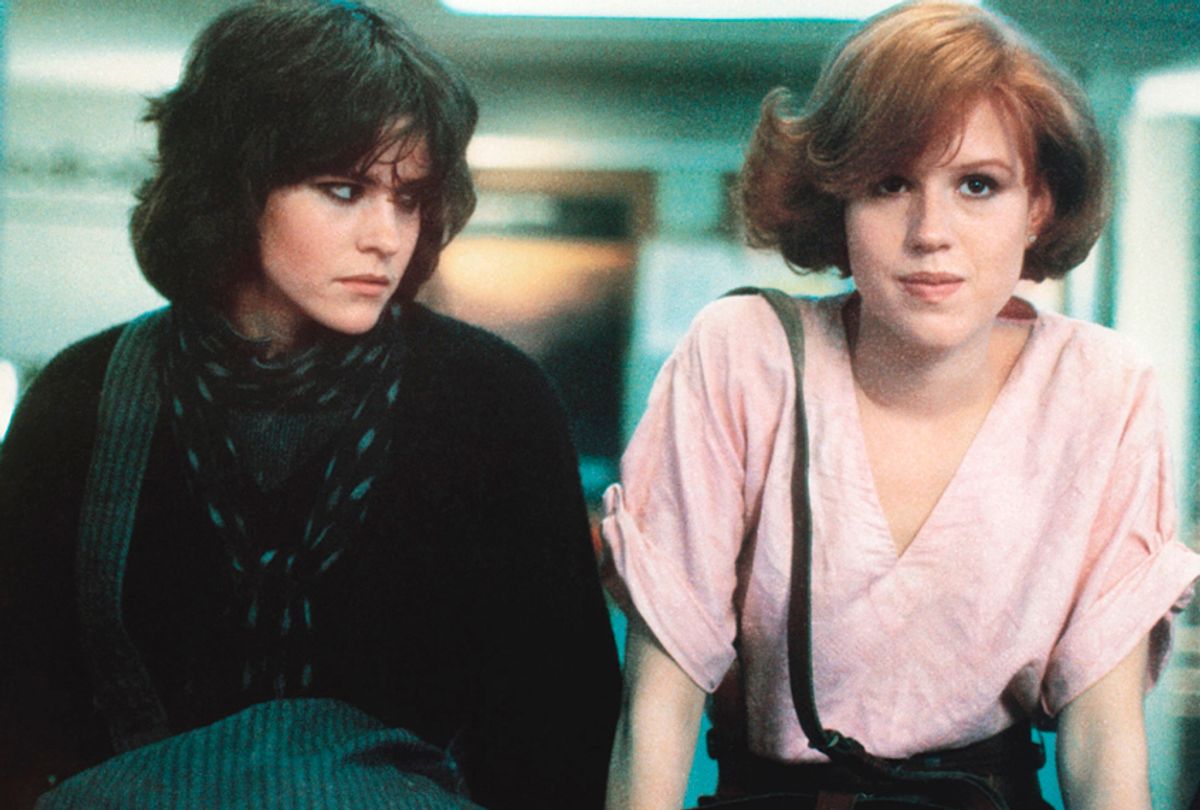 It's been a full generation (or more) since John Hughes' seminal, brilliant 1985 teen film "The Breakfast Club" landed in theaters. Yet, there are still sides to the watershed flick we still haven't seen.

In advance of a Criterion Collection 4k restoration and reissue of the film, this scene starring Ally Sheedy as Allison Reynolds ("the basket case") and Molly Ringwald as Claire Standish ("the princess") made its world debut on Vulture today.

In it, the duo make a quick trip to the bathroom. There, Claire's hurtful, elitist side surfaces, only to be met with Allison's silent, oddball defiance.

See the whole clip below.

No, it's not the best scene ever. Indeed, given Ringwald's halting, awkward performance and the fact that it fails to advance the plot or add anything we didn't already know about the characters, one can see why Hughes — the storied director of "Ferris Bueller's Day Off" and "Planes, Trains and Automobiles" as well as the writer of "Pretty in Pink," "Some Kind of Wonderful" and "Home Alone" — might have left it on the cutting room floor.

That said, Sheedy is simply brilliant here. If nothing else, it's nice to spend just a few more seconds with both these characters for the first time in 32 years and get another shot of Allison's dark, delightful insolence.

As Vulture reports, there's about 49 more minutes of previously unreleased footage of the five "brat pack" stars contained in the Criterion release, as well as interviews with cast members and other behind-the-scenes goodies. A digital look into the late Hughes' production notes is also on offer with the new edition.

Honestly, it's somewhat of a shame this reissue is being released January 2. It would have made the perfect stocking stuffer for recovering Gen-Xers and eternal teens everywhere. Reserve an advance copy here.