Why Silicon Valley loves to stereotype the Sherpa

From VC firms to Burning Man, tech companies love using the word “sherpa” — even if they have no idea what it means 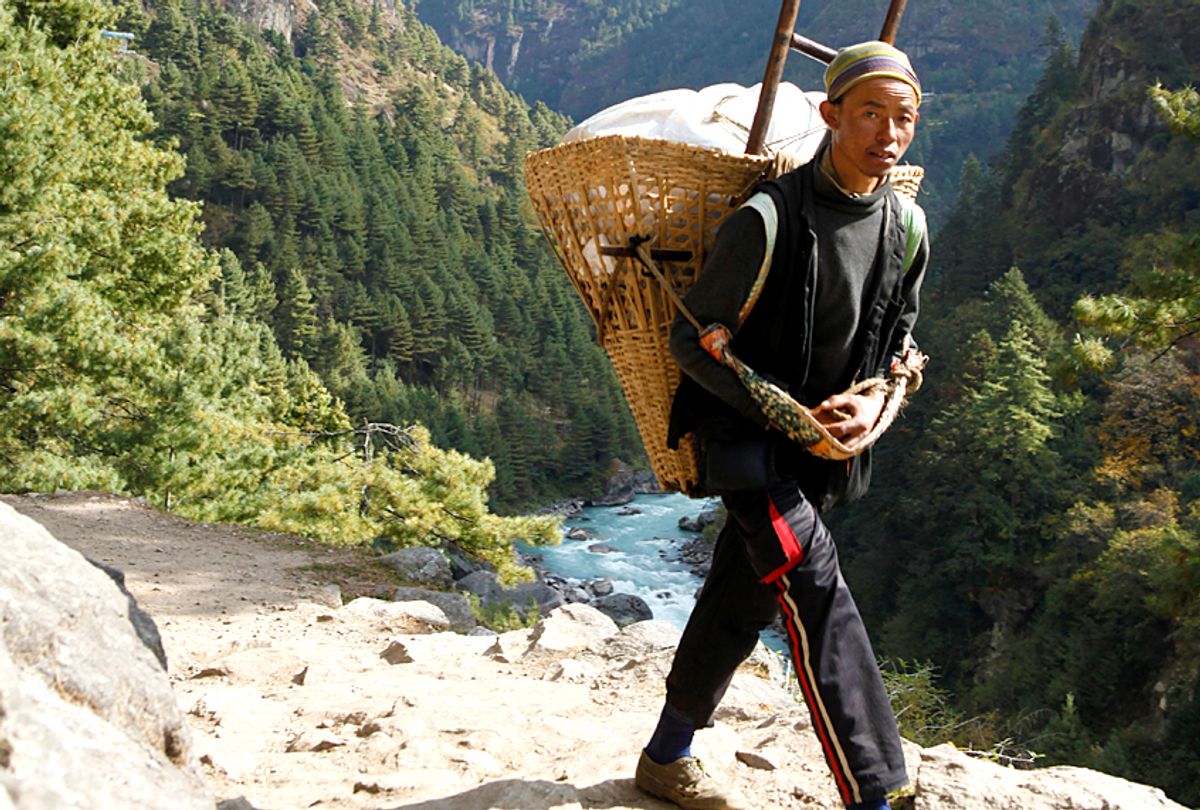 Silicon Valley is no stranger to cultural appropriation. In the tech industry, there are official job titles that use the words “guru,” “ninja,” “samurai,” and now, Sherpa. While there’s a long history of “C++ ninjas” and “MySQL Rockstars,” “Sherpa” is a newer one. This borrowing of Eastern culture is nothing new for the tech industry, but in the last decade a growing number of companies have incorporated the term “Sherpa” into their names, or have even blatantly used it in their marketing. What is the reason for the rise of the Sherpa?

In the West, the term “sherpa” is associated with the broader idea of a “guide.” That’s because historically, Sherpas have helped travelers navigate the treacherous mountain terrain of the Himalayas. Edmund Hillary, regarded as the first person to ascend Mt. Everest, was only able to make his trek because of the assistance of his Sherpa guide, Tenzing Norgay.

The term “Sherpa” doesn’t literally mean “guide.” The Sherpas are an ethnic minority group living primarily in Eastern Nepal, closest to the Himalayas. Having genetic adaptations to life at higher elevations, the Sherpa people are known in the West for their climbing and navigation skills. The Western obsession with the word, and the many business contexts it has been used in, presents complicated issues in relationship to cultural appropriation.

A Google search of the words “sherpa” and “tech” yields pages of results. Some companies that are using the term sherpa in their names include: Sherpa Capital, a venture capital firm whose co-founder, Shervin Pishevar, is facing multiple sexual assault allegations; SherpaVentures, another venture capital firm with similar branding; Sherpa Technology, a tech group that claims to literally act “as the “sherpa” – the experienced guide and fellow traveler – who partakes in the journey with our clients and enables them to reach the summit”; Sherpaa, a telehealth app that lets you make an appointment with a doctor virtually; and Project: Sherpa, a “tech talent” recruitment site.

These examples all play into the caricature of what Sherpas, are, something that becomes more obvious when you look at how the these companies market themselves and the language being used. On the website for the Sherpa Technology Group, a Boston-based tech startup, the viewer is first bombarded by images of snowy mountain caps. “We act as the ‘sherpa,’” their marketing copy reads, “the experienced guide and fellow traveler who partakes in the journey with our clients and enables them to reach the summit, overcoming obstacles and navigating challenges along the way.”

Or take Sherpaa Health Care, another problematic example. From the company’s neo-tribal logo to the extra “a” in Sherpaa, the branding awkwardly nods to a stereotype of Sherpa culture. On the website, you are bombarded by a sea of white faces. Nowhere on their site do they address the origin of their name or of sherpas in general.

In promotional materials for most of the Sherpa-related tech companies, there are mountain motifs, drawings of vaguely Himalayan-looking art in logos and graphics; and key phrases such as “guide” or “overcoming obstacles” repeat in the marketing copy, further drawing on this trope of what the West thinks about sherpas. (I reached out to several American Sherpa advocacy groups for comment, though none got back to me by press time.)

Techies seem to be latching onto the concept of the Sherpa because of how it resonates with their sense of self: the idea of an experienced guide bringing a noble entrepreneur up a mountain, while letting the entrepreneur claim the ultimate victory of ascent. Yet despite Silicon Valley’s cultural fascination with Sherpas, it doesn’t seem interested in them besides as a caricature. Companies such as these engage a popularized version of Sherpas and discount the people they are borrowing from, and this can be seen plainly within the way the companies are branding and marketing themselves. Through websites that show snowy mountain peaks, and logos that seem to be inspired by Nepalese culture, Silicon Valley is monetizing the stereotypes of a centuries-old people, appropriating and bastardizing their culture for their own profit.

The Sherpa stereotype has even leaked into Burning Man, the anarchic, freeform party in the Nevada desert that has become co-opted by techie culture in recent years. Like the Sherpas who guide your way up Mt. Everest, Burning Man Sherpas are expensive escorts who can shuttle around well-heeled attendees and serve as guides. A 2014 New York Times article described a day in the life of a Burning Man Sherpa:

Tyler Hanson, who started going to Burning Man in 1995, decided a couple of years ago to try working as a paid Sherpa at one of these luxury camps. He described the experience this way: Lavish R.V.s are driven in and connected together to create a private forested area, ensuring that no outsiders can get in. The rich are flown in on private planes, then picked up at the Burning Man airport, driven to their camp and served like kings and queens for a week.

As with the aforementioned companies, the Burning Man “Sherpa” does not acknowledge the group it is borrowing from and again, and plays into Western associations of what people think sherpas are. Simply taking, and not recognizing the culture you are borrowing from, sets a bad precedent for others to repeat this mistake.

Sherpas have a unique culture and history that is washed over when their name gets injected into various business and startups. The bigger problem lies in how the term has been adapted into marketing strategies that erase the culture these companies are borrowing from. Companies like Sherpa Ventures and Sherpa Capital, among others, aren’t interested in the culture they are appropriating from; yet in the process of using the name Sherpa, they’re falling back on lazy marketing strategies that rely on stereotypes of this group.

It’s common for the powerful to abuse the imagery and rhetoric of outsiders for marketing purposes. Silicon Valley in particular has a long history of disingenuous cultural appropriation. In September, a public firestorm erupted when two ex-Google employees launched a company called “Bodega,” a Spanish loanword that has come to define the mom-and-pop corner stores that dot the urban landscapes of LA, New York and other urban areas. The startup’s logo even incorporated a cat, a cutesy reference to the pets that roam around mom-and-pop bodegas. Yet this startup wanted to erase the “mom and pop” part of that equation: their company placed unmanned, automated vending machines stocked with staples in offices, apartment buildings, gyms and other spaces.

Thousands took to social media to voice their anger about “Bodega’s” plan to co-opt the bodega. Within days, they issued a statement apologizing for their poor judgment.

Then, this month, another outcry over Silicon Valley’s lack of cultural sensitivity erupted over the co-working space “Yass,” a “queer coworking space” funded in part by Trump confidante Peter Thiel. The term “yass” is rooted in black and Latino drag culture in Harlem; the startup is situated in the rapidly gentrifying Mission District, a site of displacement for the Latino community that lives there. The irony is not hard to see.

These kinds of incidents showcase the tech industry’s profound lack of judgment when it comes to gauging the larger conversations surrounding cultural appropriation and branding. Their reputation for obliviousness is well-deserved. The more pressing issue has to do with how tech companies steal imagery from other cultures and fail to acknowledging the larger implications. It’s a reassertion of Western power over other cultures that is ultimately exploitive, and which in this case stereotypes the Sherpa people without any tangible benefit.