From tapeworms to dried pig thyroids: The weight loss quackery hall of shame

Resolved to stick to a diet in the new year? Whatever you're doing, it has to be better than these debunked methods 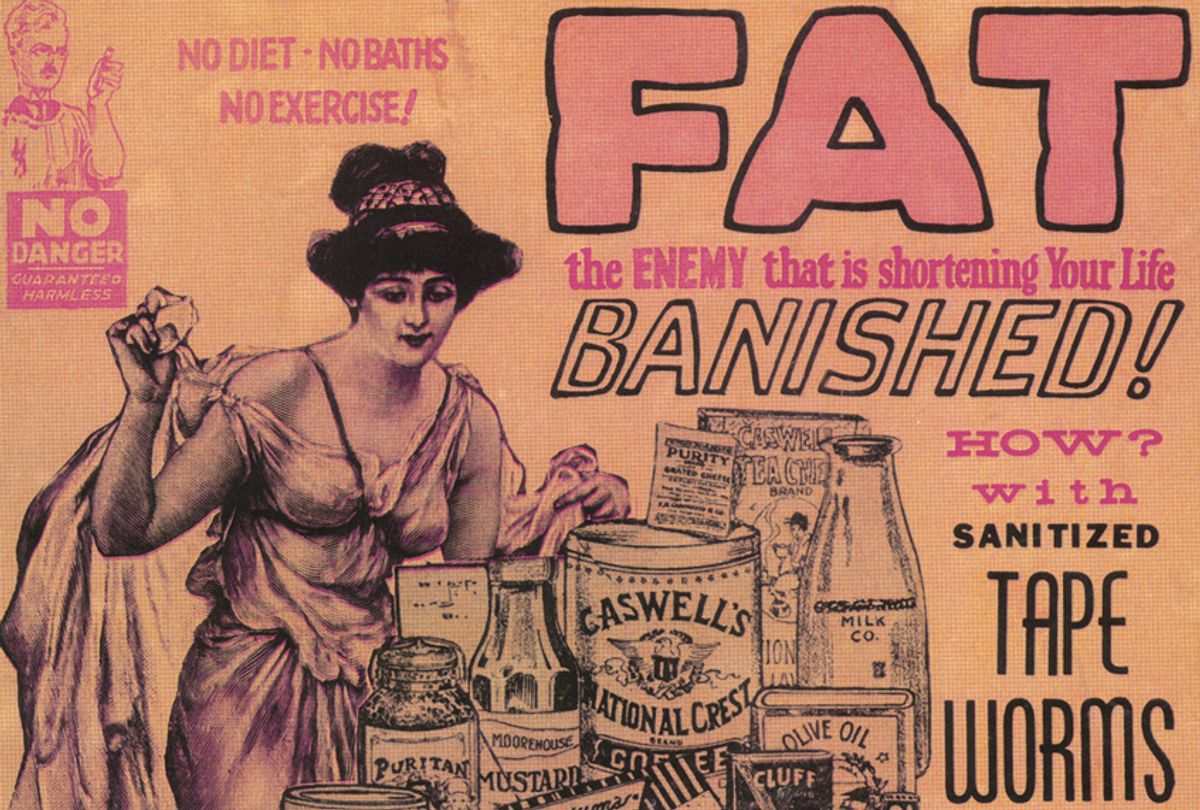 Excerpted from "Quackery: A Brief History of the Worst Ways to Cure Everything" by Lydia Kang, M.D., and Nate Pedersen (Workman Publishing, 2017). Reprinted with permission from Workman Publishing. 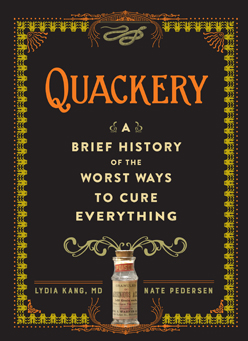 Humans have long been on a tumultuous journey to fight gluttony and achieve an elusively perfect figure. What weapons we use in that battle change depending on the year and societal customs. The history of quackery is filled with weight-loss schemes that we have either tried ourselves or laughed at. Rub it away, purge it away, pop pills, eat only cabbage — these schemes have a past, present, and, no doubt, a future. So kick back, cheat on that cleanse with a cupcake, and enter the Weight Loss Hall of Shame.

In the nineteenth century, Charles Goodyear invented vulcanized rubber and voilà, the sadomasochist’s version of Spanx was born in the form of rubber corsets and undies, promising to help sweat the fat away. Around the same time, other methods popped up, like vapor baths, dry heat, and light therapy (a sweltering 145˚F treatment), which offered a good weight loss–inducing sweat. But as any good wrestler or pounds-shedding MMA fighter will tell you, sweating as a means of weight loss is temporary. The weight returns, along with a pretty ravenous thirst.

Boosting metabolism via thyroid extracts was very popular in the nineteenth and twentieth centuries. Since the thyroid gland helps regulate metabolism, dried and powdered glands from pigs and cows were found in nostrums like Dr. Newman’s Obesity Pills. Sure, you might lose weight, but you could also get hyperthyroidism from all the excess hormones, giving you palpitations, sweating, bulging eyes, hair loss, and diarrhea.

Because the element iodine is necessary to make thyroid hormone, some patent medicine pawners touted iodine-containing nostrums to boost metabolism. Did they work? Not really. Products like Allan’s Anti-Fat contained bladder-wrack, an iodine-rich seaweed found in many oceans. Nice idea, but products like this didn’t budge your metabolism if your thyroid gland was already working fine.

A compound called dinitrophenol entered the market as a weight-loss medicine around 1934. Pro: It rapidly increased metabolism. Cons: It was used to create explosives, was carcinogenic, and had a nasty habit of killing people as they were “literally cooked to death” by the rapid increase in body temperature. The consolation prize wasn’t great, either: If you didn’t die, you might get a rash, loss of taste, and become blind. Yay! Because of the deaths and the terrible side effects, it disappeared off the market only four years later.

1-phenylpropan-2-amine, also known as amphetamine, Benzedrine, and Dexedrine, was synthesized in 1929. At first it was marketed for stuffy noses, then for minor depression. World War II servicemen received it to boost mood and alertness, but it had a surprising side effect of decreased appetite and weight loss. By the late 1960s, 4 billion doses (available without a prescription) were being manufactured per year.

The pills were also called “mother’s little helpers” to create peppy, slim housewives. Unfortunately, they also caused “amphetamine psychosis,” with users experiencing hallucinations (such as evil, talking toilet bowls) as they spiraled into addiction. In 1970, amphetamines finally came under tight restrictions, which probably quieted down a heckuva lot of talking toilets.

One diet fad wasn’t about what you ate, but how many hundreds of times you chewed it. Horace Fletcher (d. 1914), called “The Great Masticator,” promoted the excessive chewing of food to the point where it liquefied and became utterly tasteless. Any leftover fiber was spit out. If all went well with Fletcherism, you ate far less (too busy chewing) and you had a dismal social life. (Fletcher was reportedly a bore at meals because it’s impolite to talk while chewing.) If you were a “super-masticator” you might have stools like Fletcher’s—biscuitlike and so odorless you could parade them around and show them to people. Which is what Fletcher did.