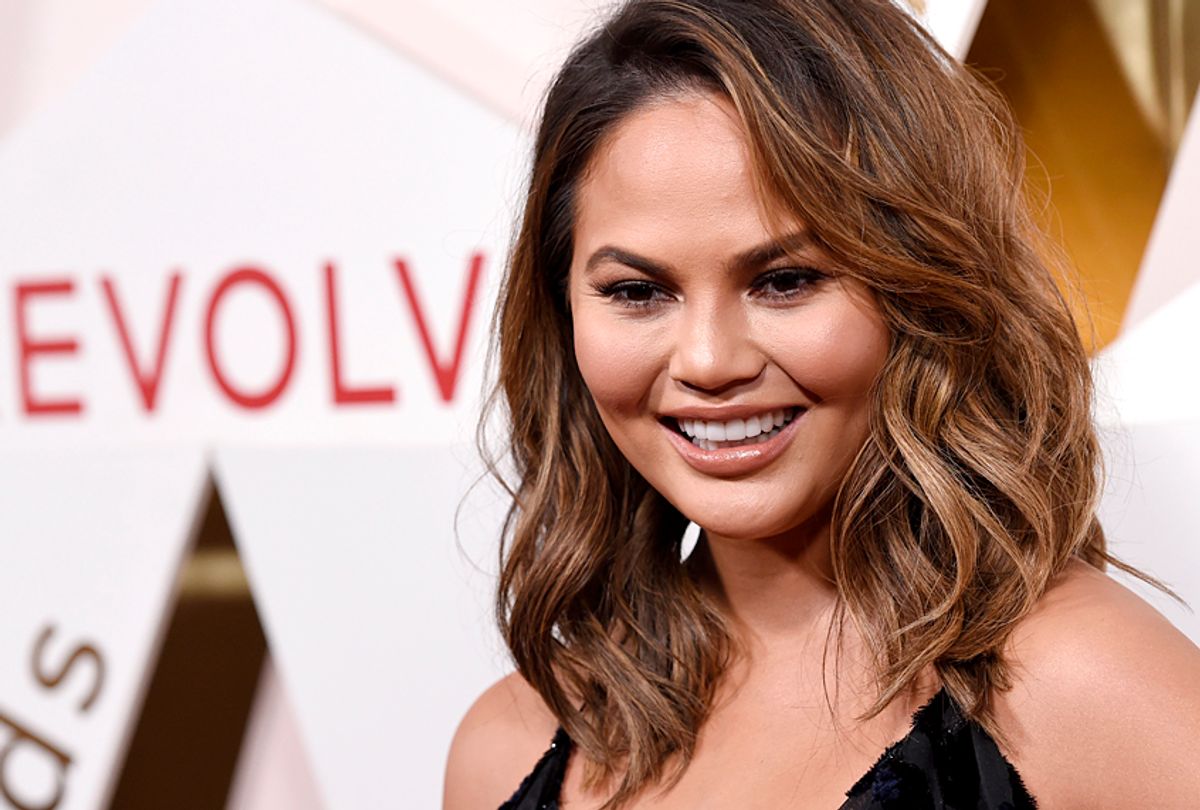 In the now-deleted tweet, Crokin claimed Luna's halloween costumes, including those of her dressed as Alice in Wonderland and a hot dog, and Teigen's use of a pizza emoji in her snapchat name proved that she was connected to the fictional sex-trafficking operation that believers claim is headquartered in a Washington, D.C. pizza shop.

For those who need a refresher, "Pizzagate" began after Wikileaks released emails from Hillary Clinton's 2016 Campaign Chairman John Podesta's account. Apparently, Podesta like most us, enjoys pizza. Some Internet users decided that "pizza" was actually code for pedophilia. From there, the conspiracies swelled and Pizzagate truthers were birthed and bred on forums like 4chan and Reddit.

These truthers held that the popular D.C. pizza restaurant Comet Ping Pong was home to the alleged sex-trafficking operation. Most frighteningly, one believer, Edgar Welch, drove to Comet from North Carolina to self investigate the child exploitation claims in June. He shot off the lock to a door, behind which, the theory goes, children were being held captive in the restaurant's basement which is connected to other sites via a complex series of tunnels. Welch found nothing (Comet does not have a basement), turned himself in and has since pled guilty.

But the movment did not die, as evidenced by Crokin's tweet and her 50,000 followers.

Teigen posted a screenshot of Crokin's original tweet and some of the subsequent replies, calling the accusations "really scary." Crokin was a verified Twitter user. Teigen continued, " . . . apparently dressing my daughter as Alice in Wonderland and a hot dog and having a pizza emoji on Snapchat has to do with pizzagate and being uhhhh darksided. Holy shit That thread is wild. Enjoy."

"Yeah yeah it’s 'just Twitter," Teigen continued, "but I’m pretty sure this *sick* person is saying we are darksided pizzagate pedophiles who traffic our daughter. Ummmmm this is really scary shit."

Teigen also pointed out the legitimacy a verified check provides. "Thank you, Twitter, for verifying somebody who is esentially accusing me (with pictures of my daughter) of child abuse and pedophilia to their 50,000 followers," she said.

In response, Crokin did not back down from claiming Teigen was somehow connected to sex trafficking.

What's not OK is trafficking kids as sex slaves which is rampant in Hollywood. Why don't you use your platform to educate people? https://t.co/KhUjd9L4L1

Chrissy you run in circle with people who rape, torture & traffic kids. This is a fact, I expose sex trafficking for a living. https://t.co/xg3uefOWSv

After this last tweet, Teigen's husband, John Legend jumped in and threatened a lawsuit.

You need to take my family’s name out of your mouth before you get sued. https://t.co/bPTwiBAs97

Sunday, Teigen asked Twitter users to stop sending her updates on Crokin and others from "crazyville. I’ve muted, blocked, and gone private to let these people further dig their holes while leaving me in peace."

Also, sometime during this back and forth, Twitter responded to Teigen's frustration that a conspiracy theorist like Crokin had the legitimacy of Twitter's blue check and unverified her. Teigen's account is set to private as of this writing.

It was somewhat of a surprising move from Twitter, which often allows various forms of far-right hate speech on its platform, but swiftly suspends others for lesser infractions of policy, Rose McGowan included. Meanwhile, President Donald Trump, whose Twitter feed is full of attacks, tirades and even threats, has gone without suspension.