Michael Wolff's tell-all may not be super reliable, but it's juicy enough

A look inside a deeply inexperienced campaign, a rough transition and months of disorder in the Oval Office 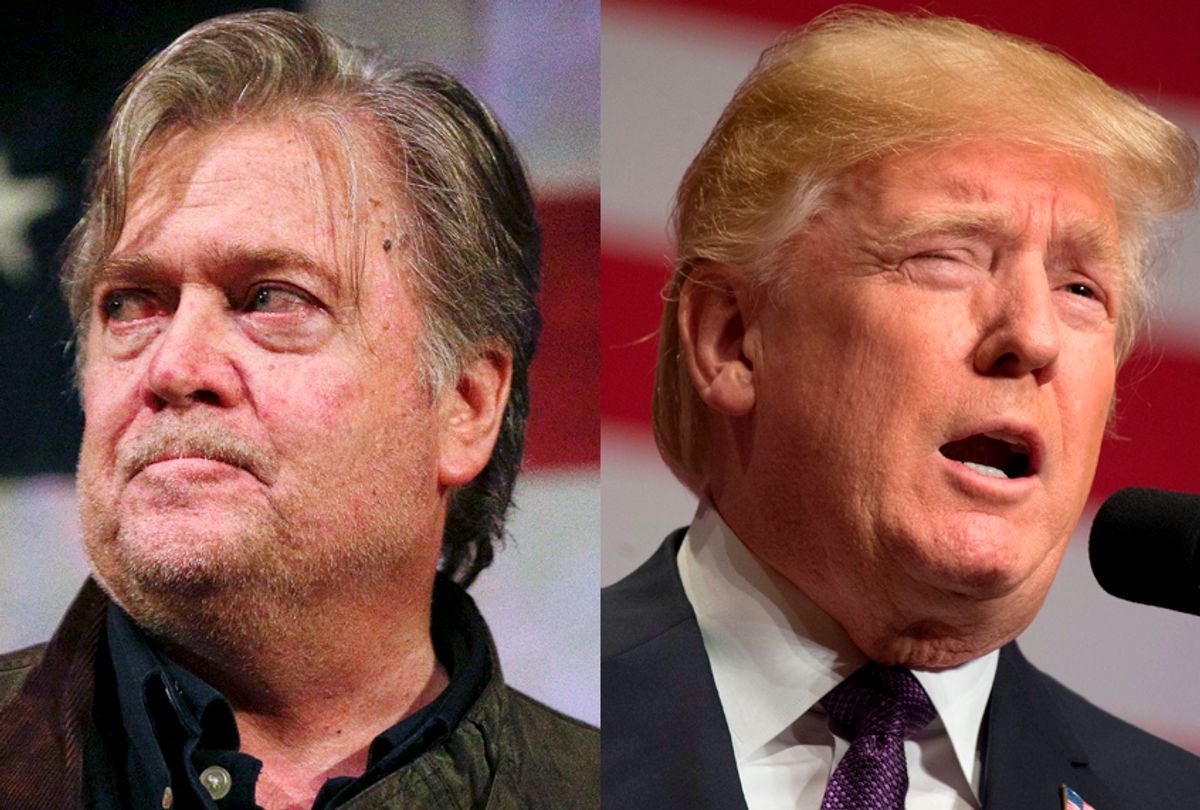 President Donald Trump reportedly never thought it would be possible he could win the presidential election, and his closest campaign officials didn't believe he could do it either.

In another bombshell Michael Wolff report, this time in New York Magazine, the author of the upcoming book "Fire and Fury: Inside the Trump White House" detailed the final moments of the Trump campaign on election night, and the shock amongst his closest advisers, including former White House chief strategist Steve Bannon:

Even though the numbers in a few key states had appeared to be changing to Trump’s advantage, neither [Kellyanne] Conway nor Trump himself nor his son-in-law, Jared ­Kushner — the effective head of the campaign — ­wavered in their certainty: Their unexpected adventure would soon be over. Not only would Trump not be president, almost everyone in the campaign agreed, he should probably not be.

As the campaign came to an end, Trump himself was sanguine. His ultimate goal, after all, had never been to win. “I can be the most famous man in the world,” he had told his aide Sam Nunberg at the outset of the race. His longtime friend Roger Ailes, the former head of Fox News, liked to say that if you want a career in television, first run for president. Now Trump, encouraged by Ailes, was floating rumors about a Trump network. It was a great future. He would come out of this campaign, Trump assured Ailes, with a far more powerful brand and untold opportunities.

The bombshell followed an excerpt in The Guardian, one which reported that Bannon had seemed to sour on the Trump administration and was starting to throw bombs.

The reports, taken together, show that Wolff certainly had a wide range of seemingly unprecedented press access inside Trump's circle from the night of the election through October of his first year in office. Wolff said he conducted over 200 interviews with top officials in the White House and transition team and said he was "more a constant interloper than an invited guest," according to the magazine.

"There were no ground rules placed on his access, and he was required to make no promises about how he would report on what he witnessed," a note which detailed how Wolff had gathered his information for months on end. "Shortly after Trump’s inauguration, Wolff says, he was able to take up 'something like a semi-permanent seat on a couch in the West Wing' — an idea encouraged by the president himself."

So far Trump has not disputed much any of the specifics, but much of the information is damning of Trump, as well as his supporting cast in the White House, and how their inexperience led to a chaotic first year in office. But some of the reporting has been called into question, specifically a few different exchanges that seem a bit far-fetched.

"I got as far as the Fourth Amendment," Nunberg told New York Magazine, "before his finger is pulling down on his lip and his eyes are rolling back in his head."

During the transition period, the now-deceased former Fox News head Roger Ailes suggested to Trump that his eventual chief of staff should be someone with knowledge of how Washington runs.

However, it's important to note that Trump had previously acknowledged, on several occasions, who Boehner was.

In one exchange with media mogul Rupert Murdoch, he had advised Trump against taking a more liberal approach on H1-B visas. After their phone conversation, Murdoch called Trump a "f**king idiot," according to New York Magazine.

The ongoing Russia scandal was also reportedly discussed by Ailes and Bannon.

"What has he gotten himself into with the Russians?" Ailes asked Bannon.

"Mostly, he went to Russia and he thought he was going to meet Putin. But Putin couldn’t give a shit about him. So he’s kept trying," Bannon replied.

The two also questioned Trump's closeness with Murdoch, and whether or not he was someone he was just taking orders from.

Since his ouster from Fox over allegations of sexual harassment, Ailes had become only more bitter toward Murdoch. Now Murdoch was frequently jawboning the president-elect and encouraging him toward Establishment moderation. Bannon wanted Ailes to suggest to Trump, a man whose many neuroses included a horror of senility, that Murdoch might be losing it.

Both reports give indication that Wolff's upcoming book will be filled with explosive tidbits and exchanges that should nonetheless be taken with a grain of salt. But it does mean that 2018 is off to an explosive start. And these reports, based on reactions, are indicating that the 2017 fallout may last through the year.