Ellen DeGeneres claps back at Eric Trump for "Deep State" comments, explains Twitter to him

Lovingly, winningly, the daytime host slammed the president's son with a smile 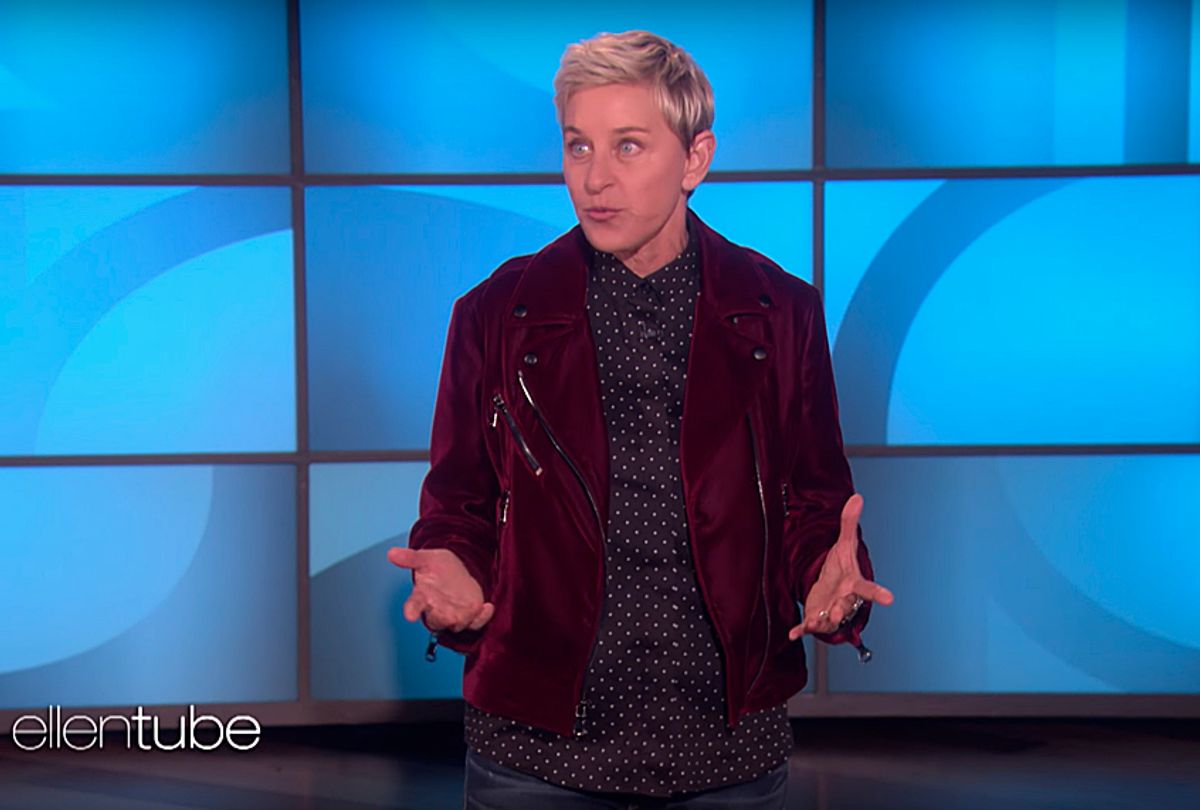 In her own sunny, charming way, Ellen DeGeneres has responded to Eric Trump's failed stab at humor that saw him perhaps suggesting that somehow both Twitter and the daytime talk show host were members of the nefarious, mostly fictional "Deep State."

Wednesday, Salon reported that Trump posted a tweet containing a snapshot of the accounts Twitter suggested he follow, former president Barack Obama, Hillary Clinton and the official account of the "Ellen DeGeneres Show" among them. In what may have been a bid for laughs, but certainly a use of the noxious, toxic idea of a liberal-led conspiracy to overturn democratic rule in the United States, Trump added, "Shocking... once again, here are the @Twitter 'suggestions' of who I should follow. #DeepState."

During a taping of her show Wednesday, DeGeneres bit back at the absurdity of the situation in a cheery, if somewhat devastating monologue.

"If you know me at all," DeGeneres said, "you know I don't pay attention to politics. But, unfortunately, politics pays attention to me." Indeed, she joked about not being exactly sure which Trump child Eric was and not knowing what the "Deep State" is. "Is it near Dollywood?" she asked. "Because if it is, I'm in."

After explaining the fracas as well as anyone could, DeGeneres said, "It’s just the craziest thing I’ve seen all week," she said, "because I saw that movie with the lady having sex with the fish, and still this beats that." The movie DeGeneres refers to is Guillermo del Toro's fantasy romance "The Shape of Water," in theaters now.

The national treasure continued, addressing President Donald Trump's son directly. "I’m honored that you think I’m powerful enough to be part of a government conspiracy," she added. "I'm sorry to disappoint you; I am not part of the Deep State. Even if someone wanted me to be involved, I don't have that kind of time. I’ve got my gay agenda meetings on Mondays and on Wednesday, Beyoncé, and I host an illuminati brunch."

She then explained why perhaps Twitter suggested Trump follow her, noting that both his sister Ivanka and half-sister Tiffany already do. She continued, "Maybe you should follow me, because I post a lot of cute videos."