Despite appearances, it's still white and male behind the camera 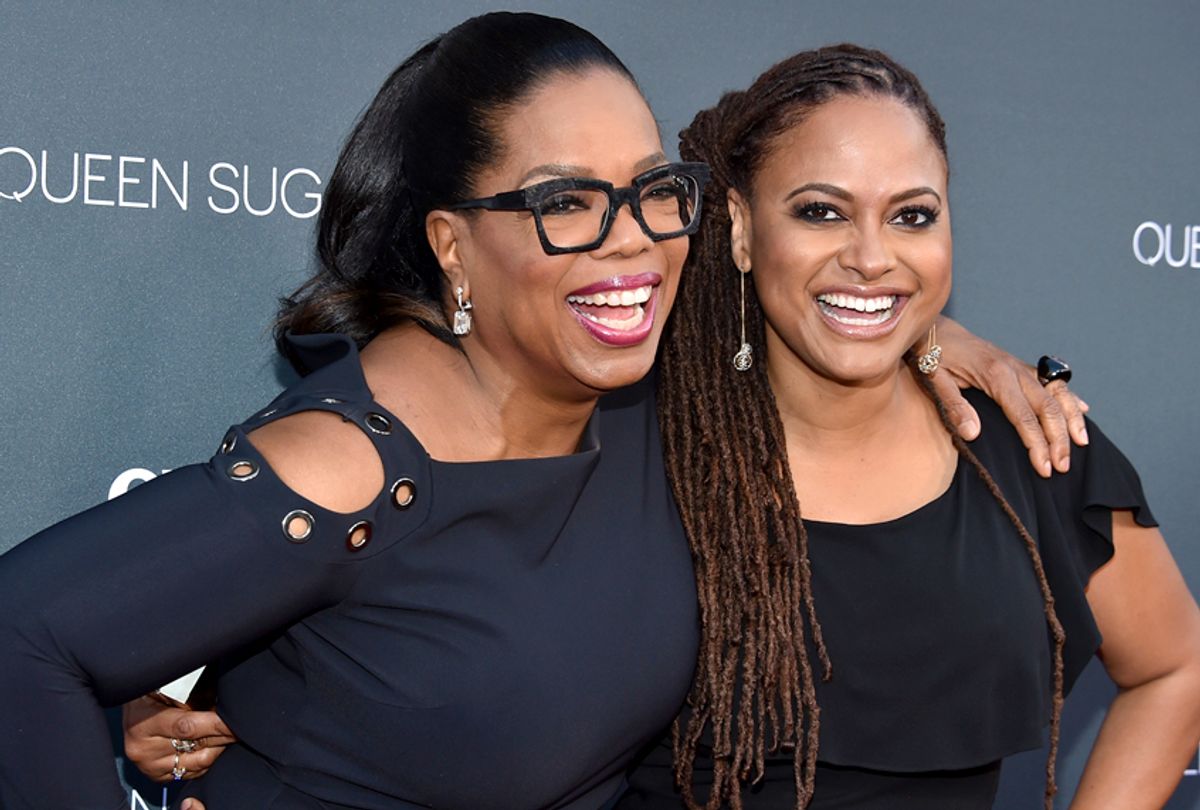 The director's chair is "white and male," a new survey conducted by the University of Southern California found. After surveying 1,100 top-grossing films and 1,223 directors between 2007 and 2017, the researchers at USC say very little has changed in Hollywood's creative leadership, and the industry continues to "underperform when it comes to hiring female and diverse directors."

The study, titled "Inclusion in the Director's Chair?" also found that while white men are able to launch their careers in their 20s and often work through their 70s and beyond, female directors typically start their careers later and end them earlier.

2007 had the highest percentage of black directors over the 11-year period, but "Similar to female directors, Black directors were less likely to be attached to financially lucrative and action packed comic book or tent‐pole type action films. 81% of the films with a Black director also had a Black actor attached as one of the two top‐billed talent. This finding suggests that the vast majority of directing opportunities for Black directors are linked to the race of the story's leading characters." The survey added, "Walt Disney Studios has not attached a Black director to any of their top‐grossing films in the sample."

For Asian directors, 5.6 percent was the highest percentage observed in this period, and in 2014, there were none.

The study also looked at corporate decision makers, finding similarly abysmal numbers. "Few women are holding the keys to the most powerful executive positions in Hollywood," the study reports, adding that the severe director inequality "begins at the apex of these organizations."

While people have been quick to laud the success of the female-directed "Wonder Woman" and the visibility and success of Ava Duvernay — who is currently wrapping up post-production on Disney's "A Wrinkle in Time" — as progress, it is by no means sufficient. Indeed, while we pat ourselves on the back, the study suggests things have actually been getting worse for women and women of color, despite those much-trumpeted exceptions.

What's even more maddening is that it's Duvernay and other creatives from marginalized communities in Hollywood that are at the helm of ushering in this perceived, currently incremental change.

In Duvernay's series "Queen Sugar," she hired all female directors for the filming of the show's first season, most of them black. Many of these women had never directed an episode for TV before. One of the directors, Tina Mabry, told The Atlantic, "We just never had the opportunity," adding, "and that is something that Ava provided all of us with. That opportunity to actually showcase the skill that she knew we already had but had not gotten the chance to due to our industry, which struggles with inclusiveness."

It is not surprising that it is a black woman — one who is supremely talented and managed to break in through hard, hard work — who is the one willing to take a chance on "under-experienced" women directors. While it is meaningful and noble that she does so, as USC's survey discovered, those efforts still don't translate to substantial or systematic progress if white men are still largely just hiring each other.

Director Sofia Coppola of "The Beguiled" hopes that with "Wonder Woman," and the fact these types of conversations are taking place, Hollywood will be more receptive to empowering directors from half of the U.S.'s population.

But will it continue to be just women and directors of color tasked with ushering in this change?

"Hollywood’s 'female director problem' has been the source of much dialogue over the past several years. The evidence reveals that despite the increased attention, there has been no change for women behind the camera,"one of the researchers, Dr. Stacy Smith, told Huff Post. "Mere conversation is not the answer to these problems — and the time for conversation is up. Until major media companies take concrete steps to address the biases that impede hiring, nothing will change."