Free-range kids are the norm in Germany — are American parents over-protective?

I thought I was a relaxed parent until I moved to Germany, where second graders walk to school alone 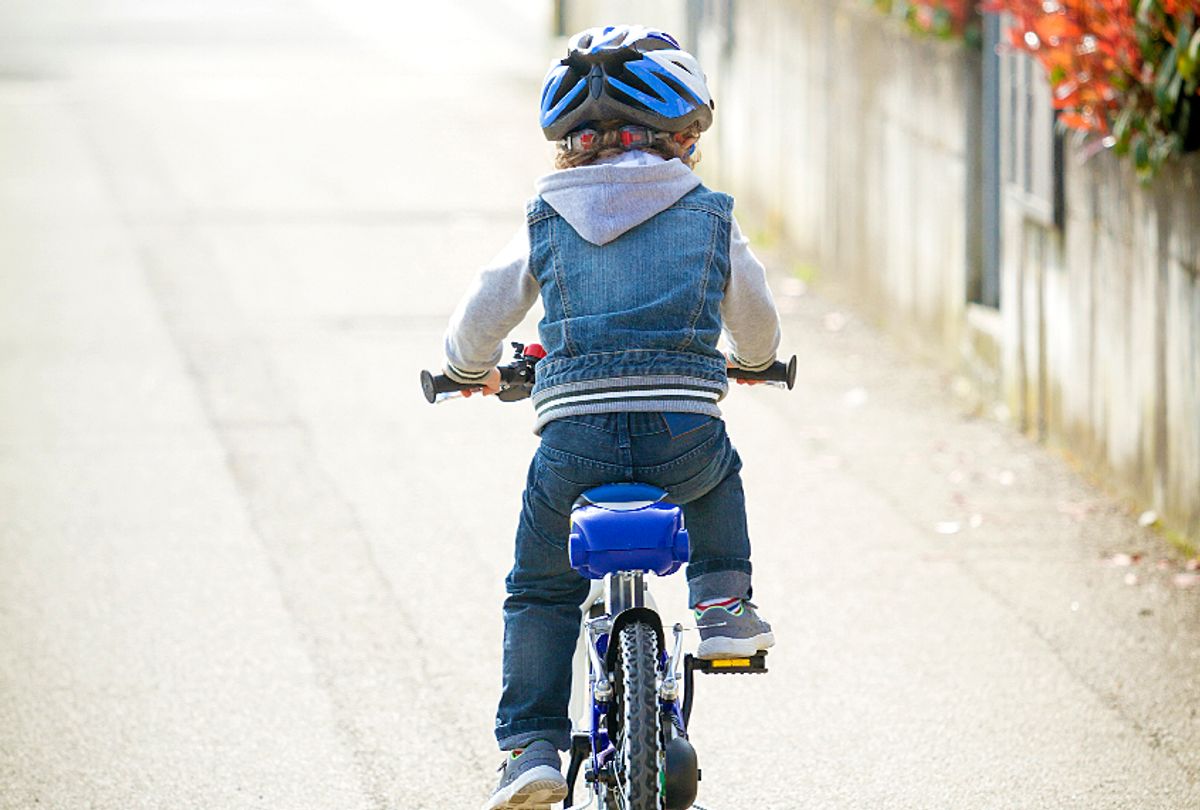 Excerpted from "Achtung Baby: An American Mom on the German Art of Raising Self-Reliant Children" by Sara Zaske. Published this month by Picador. Copyright © 2017 by Sara Zaske. All rights reserved.

We bought Ozzie his first bicycle when he was four. It was small, but it was the real thing, a full-on pedal bike. Plenty of these tiny bikes can be found in Berlin, and many kids as young as three learn to ride. At four, Ozzie was among the last of his friends at kita (nursery school) to learn to ride, but it didn’t take him long to learn — less than a minute in fact.

The day after we bought the bike, Ozzie couldn’t wait to try it out. Zac and Sophia were going to a friend’s birthday party, so I took Ozzie out by myself to practice. I figured Zac wouldn’t miss much because Ozzie probably wouldn’t get it right away. We went to “tire park,” which in addition to tire swings had a large grassy area with a nice, paved circular trail perfect for a new bike rider. As I pushed him, Ozzie started pedaling and singing some nonsense song to himself, which sounded like “blah, la, do, do.” I held on to the seat for about ten seconds before he pulled away and was pedaling on his own, blah-la-do-do-ing the whole time. He also rode all the way back home without falling once.

Ozzie found it easy because he had already been on two wheels for a couple of years. When he was two, his kita teachers expressed some concern about his coordination. He often ran into things and other children. I thought he simply didn’t pay attention enough to where he was going, but our pediatrician suggested he try a laufrad — a walking bike (sometimes referred to as a balance bike in the United States). A laufrad has no pedals. Ozzie soon got the hang of it using his feet to make the bike move. His coordination improved so much that he left me far behind, and I ended up chasing that so-called walking bike many times through the sidewalks of Berlin.

Once Ozzie picked up both legs and flew down the hill near our house. I yelled, “Stop! Achtung! Ozzie!” None of it slowed his speed. I felt so helpless running behind him. I could do nothing to stop him from flying right out into the street. Only he did it himself, making this neat little turn at the corner and looking back up at me to see what all the shrieking was about. Eventually, I learned to do as many German parents do: give him rules about stopping at corners, then let him ride.

So when it came time to ride a real pedal bike, he was ready to take off. On a laufrad, a toddler learns not only how to balance a bike but also the rules of the road (or the sidewalk) before moving up to a faster pedal bike. It’s a process of preparation, increased responsibility, and, for the parents, letting go.

I saw this same process underway all the time in Berlin. While walking to kita, we’d often run across tiny tots on two wheels seemingly by themselves. They were blocks ahead of their parents. One afternoon as I was walking to a birthday party with some other mothers, all of our kids started racing each other on foot far ahead toward a busy street corner. I was the only one nervous enough to chase after them and yell at them to slow down. “Oh, they know when to stop,” my friend Susan assured me. Sure enough the kids finished their race well before the street corner and looked back. Susan smiled and waved them on.

This was just the start. I didn’t realize that once Sophia entered first grade I was expected to teach her how to walk or bike there all by herself, even without me trailing a block behind. Before the first day, we received a pamphlet in the mail with a host of information about starting school. It also included a request that parents not drive their children to school. They should start learning the way on foot so that eventually they could go by themselves.

I decided that this did not apply to us. After all, we were Americans! I walked Sophia to school all through first grade — along with most German parents. In second grade, most of Sophia’s friends started to walk on their own. By third grade, they were all on their own. Still, I held out.

The school was about 600 yards from our house, just up the street, but still, we were in a big city! She was only eight! She could get hit by a car or some crazy person could carry her off. I knew, intellectually, this last scenario was highly unlikely, but this fear loomed large in my mind. It didn’t help that on one corner of the street, some seedy-looking characters gathered to drink in the afternoons.

“There’s too much construction,” I told Sophia. “The cars drive too fast. You’re too dreamy when you’re walking.”

She didn’t buy any of it. “All my friends walk to school by themselves,” she said. “And they’re fine.”

It was true. Her friend Maya lived much farther away than we did, and at the age of eight, she rode her bike through crowded sidewalks and crossed busy intersections all by herself. She wasn’t the only one. Every morning, hordes of children filled our neighborhood walking and biking to school without any attending adults. In the afternoons, they were there again walking home. They filled the playgrounds. They went in and out of the bakeries and stores with only other children for company.

German children learn how to navigate the streets from their parents and teachers. Along with math, reading, and all the other subjects, Berlin primary schools have a specific curriculum for “traffic and mobility education.” Near the end of her first year, Sophia spent time learning traffic signs and rules of the road. Her teacher also took the entire class out for a walking tour of the neighborhood, showing them firsthand how the traffic moved, what the signs meant, and how to use crosswalks, or zebrastreifen (“zebra stripes”), as they’re called in Germany. The parents back this up by walking and biking the route to school with their children for several months to an entire year before letting their kids try it on their own.

I had always thought I was a fairly relaxed parent, but I was starting to feel like maybe I was too overprotective. I knew it wasn’t just me. It was my entire culture. While I was arguing with Sophia about letting her walk by herself, I was also reading about parents in the United States being arrested for doing that very thing. The most famous of these was the case of Danielle and Alexander Meitiv of Silver Spring, Maryland, who let their two children, ages ten and six at the time, walk home, about a mile, from a park alone. A concerned citizen called the police and the Meitivs wound up charged with “unsubstantiated child neglect” — a charge that was later dropped.

While this case gained the most media attention, there are plenty of other examples: a woman in Connecticut was arrested when she overslept and her stepson took it upon himself to walk the two miles to school. A mother in Florida was arrested for letting her seven-year-old walk to a park alone. In South Carolina, a mother trusted her nine-year-old nephew to walk her three-year-old son less than a quarter of a mile to McDonald’s, and she was arrested. In any one of these cases, the parents’ judgment could be disputed: perhaps two miles is too far for a child to walk or maybe nine isn’t old enough to watch a toddler, but the reaction of the authorities in several different states made it clear that our culture had a strong stance against letting any grade-school child out in public without adult supervision. I also knew that most Germans wouldn’t even think to call the polizei for any of these situations.