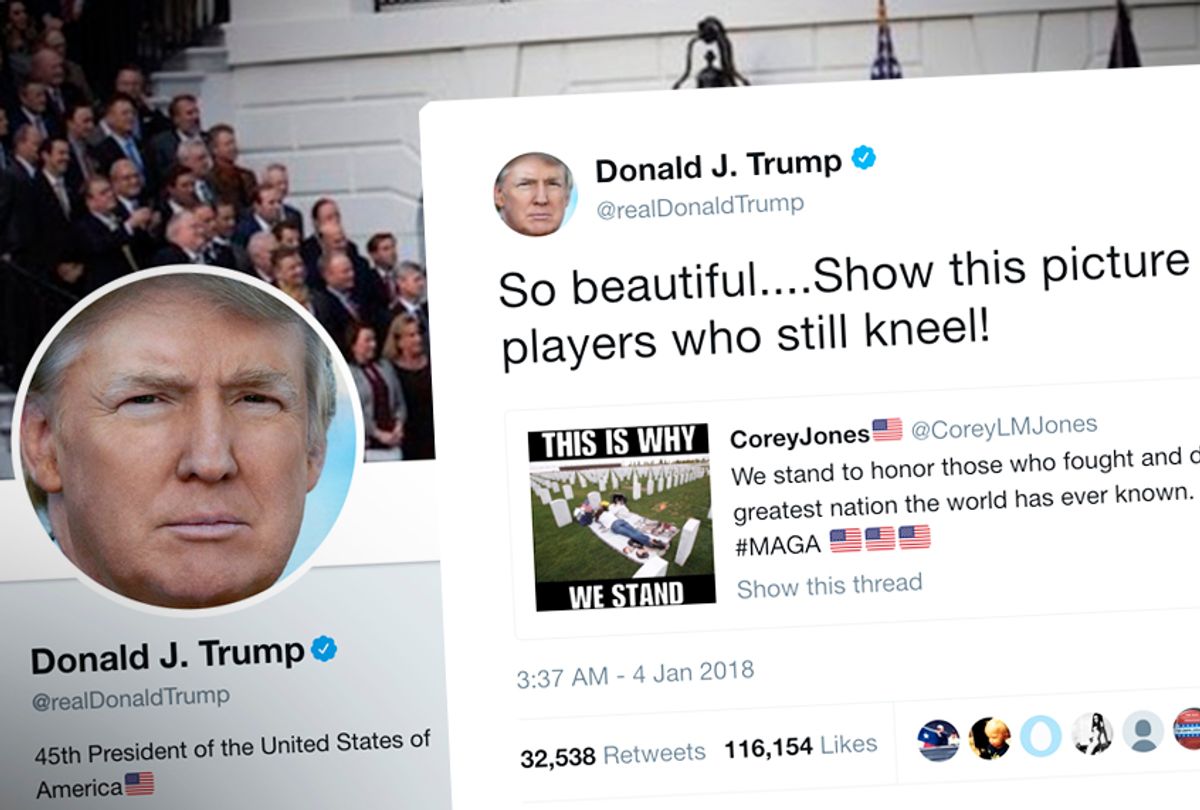 It seems that certain Gold Star widows are tired of having the names of their deceased loved ones trotted out for political purposes.

One example is Seana Arrechaga, who stood up to right-wing commentator Dinesh D'Souza after discovering that he had posted a photograph of her at her husband's funeral in order to insult the NFL player protest.

"For people with normal human sympathies, it’s not hard to decide which side to be on #TakeAKnee," D'Souza wrote when he tweeted the photograph.

Arrechaga's husband was Army Sgt. 1st Class Ofren Arrechaga, who died during a mission in Afghanistan in 2011.

The Post story also mentioned the case of Maj. Andrew Budenz, who died in a motorcycle accident near his California base in 2013. A picture of his widow, Jenn Budenz, visiting his grave was featured in a story in the San Diego Union Tribune about the grief experienced by Gold Star survivors back in 2014 but has been retweeted by conservatives like President Donald Trump to take swipes at NFL players taking a knee.

"It’s terrible to use our military to score political points because it encourages the public to view our military as partisan," Kori Schake, a fellow at Stanford University’s Hoover Institution, told the Post.