David Brooks' bold new take on Trump: It's all so murky!

New York Times columnist offers a wobbly attempt to normalize Trump, or at least to cloud the issue hopelessly 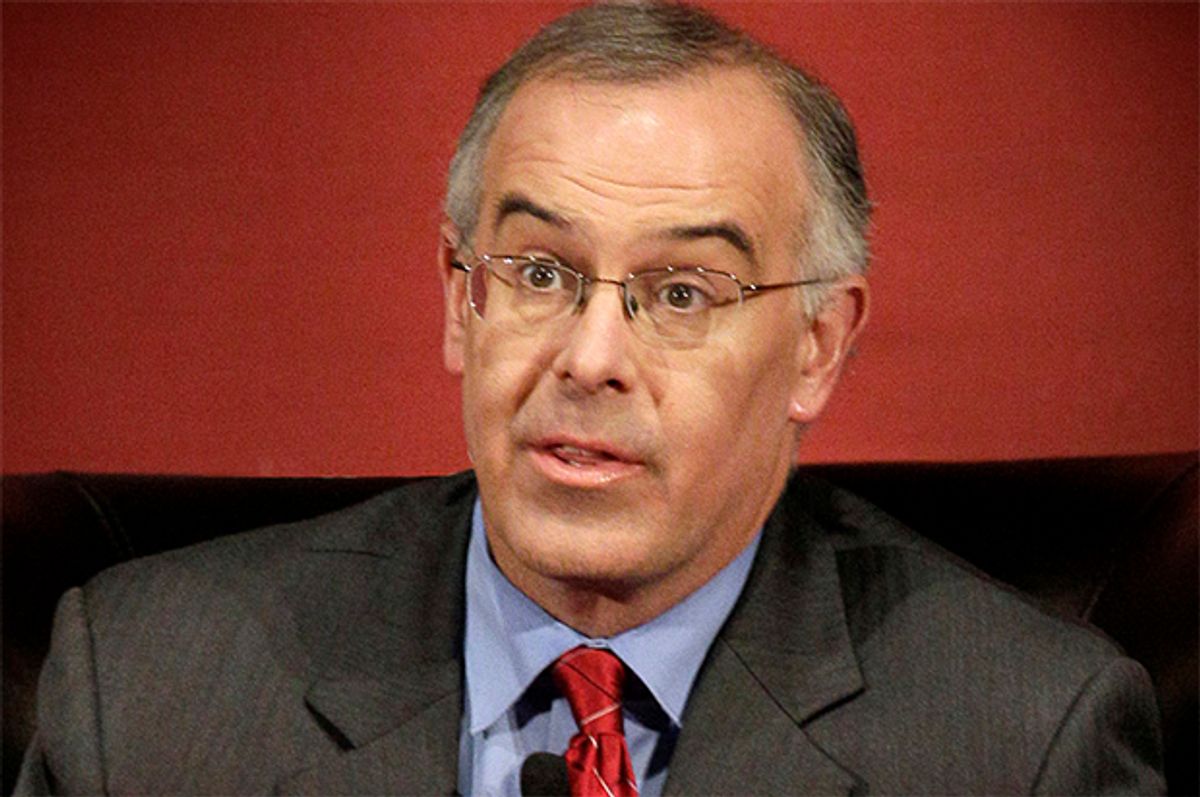 Over the last week, Americans have grappled with serious questions about the president's mental fitness. While much of the country is now wondering out loud whether or not the president is able to do his job, The New York Times columnist would rather debate whether or not it's worth having this debate in the first place.

On Monday, Brooks denounced rampant fears spreading about Trump's mental state in the wake of  Michael Wolff's controversial book "Fire and Fury," because they came from Wolff's controversial reporting. Brooks noted that Trump's detractors were gleefully throwing around stories and treating them with the intellectual honesty and weight that one would come to expect from Sean Hannity and Dinesh D'Souza. But Brooks' argument had two major problems: While the White House is making steps, it's making steps in the wrong direction. More importantly, Brooks inadvertently noted that Wolff's claims about Trump's mental health may be valid.

Brooks glossed over the fact that there were people working in the White House who thought that Trump is, as Brooks wrote, a "deranged child," or that the president of the United States is, once again according to Brooks, "a distraction they can work around." He casually mentioned Trump's "crazy stuff" — as if this were "The Office," but with hundreds of millions of lives at stake. And in what should be a Pulitzer nominee for obfuscation, Brooks nonchalantly admitted that the White House had "no direction from the top."

Not even Trump's allies in Congress can deliver a straightforward answer when asked whether or not they think the president is a "stable genius," as Trump claimed last weekend.

Faced with damning admissions from whomever Brooks has been talking to — after all, these are confirmations of the worst fears of the so-called anti-Trump hystericals — Brooks refused to acknowledge that there may be something to worry about. Instead, he said that the people who were worried about the very traits his reporting confirmed were getting "dumber":

I mention these inconvenient observations because the anti-Trump movement, of which I’m a proud member, seems to be getting dumber. It seems to be settling into a smug, fairy tale version of reality that filters out discordant information. More anti-Trumpers seem to be telling themselves a “Madness of King George” narrative: Trump is a semiliterate madman surrounded by sycophants who are morally, intellectually and psychologically inferior to people like us.

I’d like to think it’s possible to be fervently anti-Trump while also not reducing everything to a fairy tale.

Brooks' article was a jumbled mess concealed as a morality play. That brings us to the second part of his thesis, one where Brooks got into a world of rhetorical trouble.

Somewhere in his bewildering moral fog, Brooks praised the White House's inner workings for the simple fact that its staff has, at least, at times, seemingly gotten things done. "Imagine if Trump didn’t tweet," Brooks wrote. "The craziness of the past weeks would be out of the way, and we’d see a White House that is briskly pursuing its goals: the shift in our Pakistan policy, the shift in our offshore drilling policy, the fruition of our ISIS policy, the nomination for judgeships and the formation of policies on infrastructure, DACA, North Korea and trade."

Well, no. We wouldn't see the White House "briskly pursuing its goals," because the White House doesn't seem to have goals — and that problem starts "at the top." Trump has reversed course on a number of policy decisions, and when it came to the health care debate, seemed to lack any understanding of the intricacies of health care policy. His judicial nominees, some of whom were patently unqualified, came off a list and were rubber-stamped by Senate Republicans eager to fill a number of vacancies from the Obama administration. The "shift in offshore drilling strategy" may not actually lead to more oil drilling (thankfully). And when it comes to ISIS — well, what is Trump's ISIS policy, anyway?

As shown below, Trump's actions this year have been dangerous — and have hurt Americans.

There are indeed conservatives who cringe at Trump's destruction of political norms and the lack of respect he shows for the office he holds and for the country. A more reasoned criticism of the first year of the Trump administration would be that he's shown a disinterest in norms and institutions while doing damage to the country.

In the David Brooks world, both Trump and anti-Trumpers are wrong. But especially wrong are the people complaining about how wrong Trump is.