The forthcoming film is already raking it in 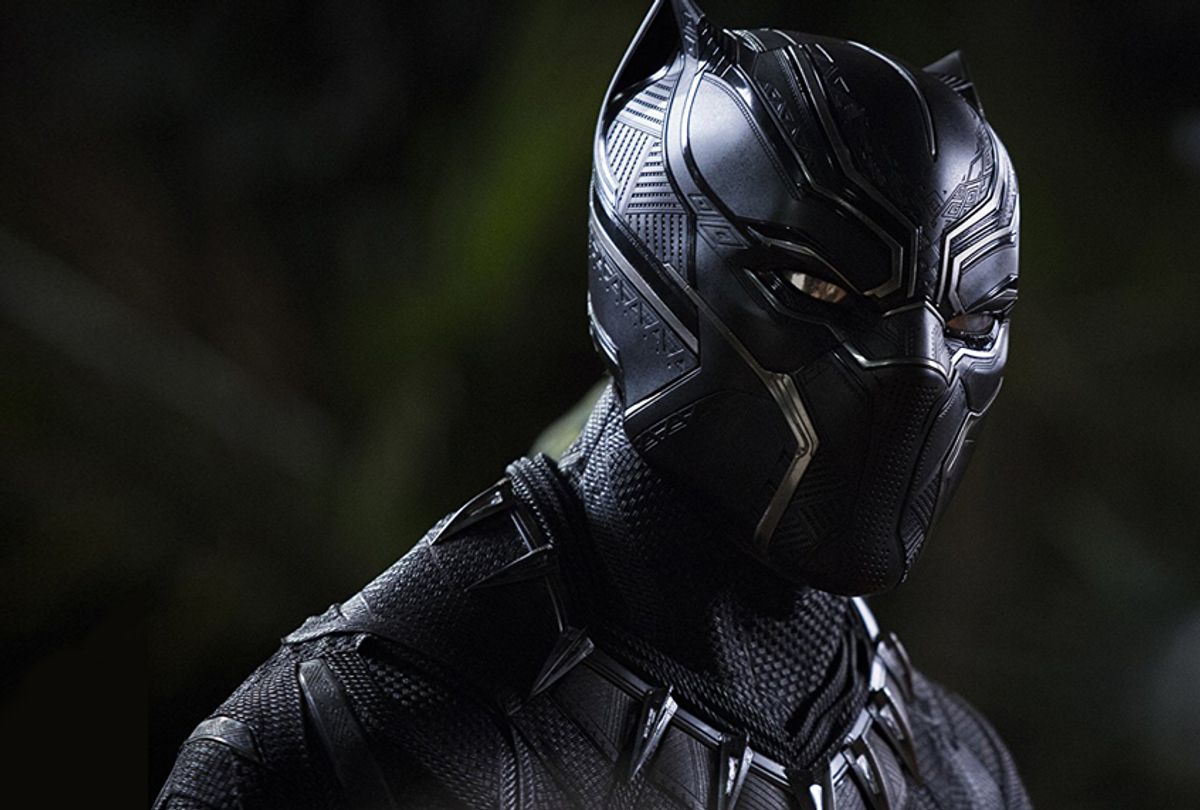 According to online ticket-selling service Fandango, the forthcoming Marvel film "Black Panther" has set a new high-water mark for advance sales for the 17-picture comic book-movie franchise. The company reports that the first 24 hours of sales surmounted those of the first day of sales for the previous record holder, 2016's "Captain America: Civil War." "Black Panther" arrives in theaters February 16.

While this is only a tally based on the first day of availability, and not an indication of the film's final box office or potential critical success, it is nonetheless an indicator of strong audience interest in the title, the first major studio release starring a black superhero in the new era of comic book-based blockbusters. The "Blade" franchise of the late '90s and early '00s, one also based on a black Marvel character, was successful for its time; yet the visibility and profitability of films in the genre has changed drastically since then.

Overall, the new record also aligns with an overall trend visible in the American box office. While films starring and created by black talent have long had a place at the movie theater and reliably made their money back, their reach and budgets have often been limited thanks in part to an executive-level reticence to invest in black narratives. In 2017, the receipts and critical successes of various black-led releases not only both demonstrated the public's unquestionable interest in such stories, but may have forced a reconsideration of that attitude within the industry.

Jordan Peele's critically and popularly beloved "Get Out," a scathing indictment of the idea of a "post-racial" America wrapped in a horror narrative, was not only one of the most talked about films of last year, but one of the more profitable, earning a staggering $254.3 million on a slight production budget of $4.5 million. Similarly, "Girls Trip," directed by Malcolm D. Lee, transformed a tame $27.7 million gross budget into a $139 million success story, becoming the highest-earning comedy of the year and making a bona fide star out of actor Tiffany Haddish.

Following that, Peele, Lee and other creatives attached to those projects have seen their standings soar with multiple new projects now either in production or on offer. There were, of course, many other critically or commercially successful black-led films in 2017, and successful films featuring black talent. Yet "Get Out" and "Girls Trip" may prove to be transformative titles given that major studios, at the end of the day, follow the money once it is proven that there is money to be made.

Starring Chadwick Boseman as the titular hero with supporting work from Lupita Nyong'o, Michael B. Jordan, Forrest Whittaker, Angela Basset, Danai Gurira and others, it centers on the super-powered king of a fictional, futuristic African nation. Directed by Ryan Coogler ("Fruitvale Station," "Creed") with a script from Coogler and Joe Robert Cole ("American Crime Story") and a soundtrack from Kendrick Lamar, it seems profoundly black film offering a profoundly different and necessary look at black power and heroism.

While the final success of "Black Panther" is yet to be determined financially and critically, it's immediately evident that audiences are ready and eager for what it promises.