Ohio wants to dump voters who skip three elections. If SCOTUS says yes, the door's open to a widespread crackdown 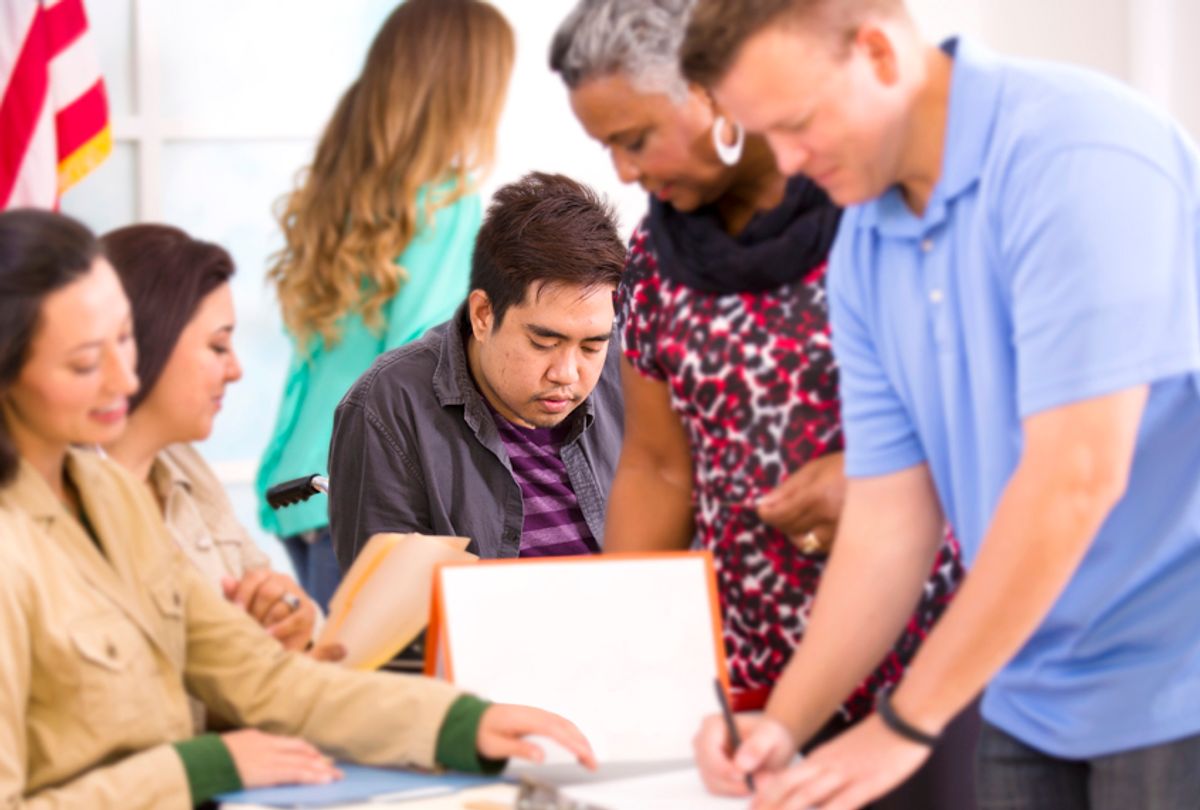 On Wednesday, the Supreme Court will hear arguments in one of the most pressing cases of the year. It may not only determine how far Republicans can go in their efforts to prevent Americans from voting, but will also test whether President Trump and Attorney General Jeff Sessions, will be successful in demolishing political norms that help protect civil rights. If Trump prevails, it could unleash a massive purge of voter rolls and encourage the Sessions-led Department of Justice to find aggressive new ways to undermine long-established rights.

Husted v. A Philip Randolph Institute centers on an Ohio voting board decision to start dumping people from voting rolls who skip federal elections. Failure to vote triggers a notice, sent the year after the election, asking the person in question to confirm their address. If they throw the notice out as junk mail, as most people will likely do, that starts the purge process. If they then fail to vote in the next two federal elections, their name is purged from the rolls. Federal law forbids purging voter registrations for a failure to vote, but Ohio is arguing that since the state sends out a notice, that law shouldn't apply.

"Essentially what the state is doing is purging anyone who doesn’t vote in three straight elections,” explained Stuart Naifeh, a voting rights lawyer for Demos. “We already have a turnout problem in our country, and we’re effectively taking the turnout problem and using it as a way to make it even worse by canceling people and preventing them from voting simply because they skipped a few elections.”

If Ohio wins, it could open the door to a whole host of challenges to people's right to vote, explained Dale Ho, director of the ACLU's voting rights project.

"Five years ago, most of the fight was about voter ID and early voting cutbacks and new requirements for registration, things you have to pass a state law in order to change," Ho told Salon. "When states and counties engage in purging, they don’t have to pass a new law.

“It looks like the opponents of voting rights are trying to encourage more purging. My concern is, a case like this could grease the wheels for that," he added.

What makes the entire situation even more troubling is that the Justice Department abruptly switched sides in August, right in the middle of the case. During the Obama administration, the Justice Department fiercely opposed the Ohio policy. With DOJ help, the plaintiffs were able to get the Sixth Circuit Court of Appeals to rule against the Ohio practice last year. Now the DOJ under Sessions will be backing Ohio in the state's efforts to purge voters from the rolls.

While it's not unusual for department positions to change over time or with different administrations, flipping sides in the middle of a case is highly unusual. In fact, neither Ho nor Naifeh could remember it happening before Trump took office.

"They’re looking at the same piece of legislation, the same statutes, and they’re saying, we read these words one way two months ago and now read the exact same words a different way," Naifeh said. “It’s plainly political."

The move is so unusual that People for the American Way submitted a Freedom of Information Act request for communications between Ohio State Solicitor Eric Murphy and John Gore, acting director of the civil rights division at the Justice Department. Gore — like many Trump appointees — had worked previously at the Jones Day law firm, where he spent much of his time on cases aimed at undermining voting rights. Murphy worked for the same firm when Gore was working there.

The fact that these were "two old colleagues from the same firm, that unfortunately has been involved a lot in negative actions with respect to voting," communicating with each other seemed highly relevant, Elliot Mincberg, a senior fellow at People for the American Way, told Salon.

The emails have a chummy tone, but provide little information on whether Murphy pressured Gore to change the Justice Department's position. There are requests for phone calls, but what was discussed on those calls remains unknown. At one point, Gore mentions that he "ran into" a mutual acquaintance who "mentioned this case," but the name of that person is redacted.

“We’re disappointed that there’s still a lot that we don’t know, like the identity of that mysterious person that apparently Mr. Gore saw sometime early and talked to about the case, and what other communications there may well have been," Mincberg said, adding that PFAW still hopes to learn more of those details.

When asked by Salon whether the change was due to political pressure, a Justice Department spokesperson declined to comment.

This abrupt switch mid-case is alarming, but it may also backfire on the Trump-Sessions agenda.

“Advocates in favor of the civil rights position are hopeful that the court will not react in a positive way," Mincberg said, "but will instead see [this] for what it is, a political decision to switch sides."

"I think they lose a lot of credibility by completely reversing their position,” Naifeh added.

If Ohio prevails, the consequences could be dire, opening the door for many red states and counties to find ways to purge voter rolls ahead of the 2018 midterms and the and 2020 presidential elections. There is little doubt that the people removed from the rolls in such purges are more likely to be Democratic voters. A Reuters analysis found that Ohio voters in Democratic-leaning districts were twice as likely to be cut as those in Republican-leaning districts.

An Ohio victory would also serve as a signal to the Trump administration that it can get away with nakedly political moves, such as changing a Justice Department position mid-case, that had previously been discouraged in federal politics. Trump's indifference to the norms and customs of democratic governance has already had widespread and sometimes devastating effects. With permission from the Supreme Court to shred the remaining protocols, it's difficult to imagine what will come next.