Why states may get away with creative income tax maneuvers

New York Gov. Andrew Cuomo vows he will fight to protect his state from fallout from the new tax law 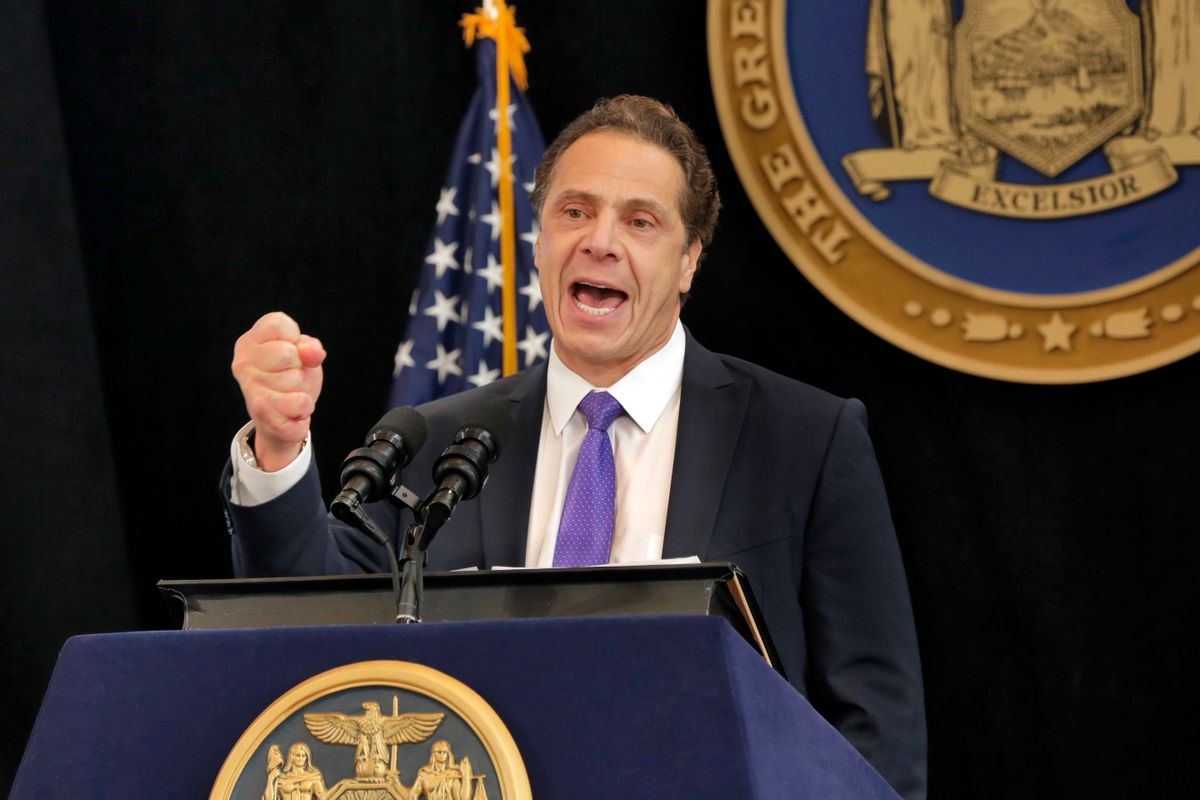 Fearing that the new tax law will make it harder for them to raise enough revenue for public schools and other vital services, high-tax states such as California, New Jersey and New York are wasting no time in fighting back.

Other states are likely to follow suit as the benefits of these actions become clear, setting the stage for a bitter legal dispute over federal and state taxation.

As a tax law professor who researches the interactions between federal and state tax systems, I believe these initiatives are likely to succeed in softening the impact of the new tax law on residents of high-tax states.

At issue is a new US$10,000 cap on the amount of money Americans may deduct on their federal income tax returns for what they pay in state and local taxes.

What’s more, because the new law rolls all personal exemptions into an enlarged standard deduction, millions of households will stop itemizing on their returns. Consequently, the number of taxpayers claiming the “SALT” deduction is likely to fall by around two-thirds.

This SALT constraint will take the biggest toll on residents of states where residents are most reliant on the current deduction. New York, New Jersey, Connecticut and California top that list.

As a result, experts predict that voters in those states will become more resistant to existing taxes and more apt to oppose future increases. That could be particularly problematic for states — like Illinois and New Jersey — with severely underfunded pension plans.

The new limitations on the SALT deduction may even make it harder for high-tax states to attract talented, high-earning and mobile workers, leading to less dynamic state and local economies.

Two main strategies to bypass this constraint are taking shape.

Second, California and New Jersey, as well as New York, are considering plans to grant tax credits to taxpayers who donate to state-affiliated institutions, such as public schools, hospitals and parks.

These donations would be voluntary, and the resulting credits could be used to offset state and local income and property tax liabilities.

Anyone who hits the US$10,000 SALT cap could benefit from programs of this sort. Those taxpayers could replace some or all of their nondeductible state tax payments with deductible charitable contributions.

Not only would these initiatives alleviate the added federal burden for some taxpayers, they could make it easier for state and local governments to raise revenue in the future because residents could pay for public schools and other services with tax-deductible dollars.

Here’s how the payroll tax change, which New York Gov. Andrew Cuomo mentioned his State of the State speech, would work.

What if instead your employer paid you $95,000 in wages and also paid a $5,000 payroll tax to the state? Your employer would be no worse off, with its out-of-pocket cost still totaling $100,000, and the new tax law preserves an employer’s ability to deduct payroll taxes from their own tax bills.

And you generally would be no worse off either, as you would still have $95,000 before dealing with your federal tax bill.

Indeed, you would most likely fare better financially once federal taxes are factored in. The federal government would tax you on $95,000, whereas you would be taxed on the full $100,000 if the state did not adopt the payroll tax workaround and if you could not claim a SALT deduction.

That would be the case if you claim the standard deduction — as at least nine-tenths of taxpayers will — or if you hit the $10,000 SALT cap based on property taxes alone. Depending on your federal tax bracket, the savings could increase your after-tax income by anywhere from 0.6 percent to 3.1 percent.

States adopting this approach do not need to repeal their personal income taxes entirely. Their income taxes still would apply to earnings from sources other than wages, such as investment or self-employment income. But they would not tax workers on wages that already have been subject to an employer-side payroll tax.

Implementing this change would be relatively straightforward in states like Illinois, Massachusetts and Pennsylvania, which have flat personal income tax rates. It would be somewhat more complicated to pull this off in states such as New York and California, which have highly progressive rate structures.

But this can almost certainly be done through a system of refundable credits, and the potential savings for state residents would be dramatic. In New York, for example, an average household might save around $1,200 per year on its federal taxes.

And here’s how the charitable credit idea would work: Say your state offers you a 90-cent credit against state taxes for every dollar you give to an in-state university or local community college. The IRS determined in a memo in 2011 addressing a similar program in Missouri that the full $1 donation would be a deductible charitable contribution, notwithstanding the state tax credit you get in return.

For someone in the 37 percent federal income tax bracket, this means their $1 donation would generate 90 cents in state tax benefits and 37 cents in federal tax benefits. That’s a $1.27 after-tax return on a $1 investment.

More than a dozen states already have implemented tax credit programs like this to finance private school vouchers. Nothing would stop them from extending these programs to finance state universities, community colleges, K-12 public schools, hospitals, parks and more.

Indeed, California Senate President Kevin de León already has introduced a bill along these lines. New York’s Gov. Cuomo has expressed interest in the idea too, as has New Jersey Gov.-elect Phil Murphy.

The payroll tax idea would work best for the majority of workers who earn wage income and who will claim the standard deduction under the new federal tax law. The charitable contribution credit, in contrast, would be more likely to benefit higher-income households who continue to itemize deductions for federal purposes.

States can adopt both because the two approaches are not mutually exclusive.

Theoretically, the IRS could challenge either approach. But a well-designed state plan should hold up in court. With respect to the payroll tax workaround, Congress has explicitly said that taxes paid by employers should remain deductible, and nothing requires states to tax the wage income of their residents.

Seven states already have no state income tax, and two more have income taxes that exclude wages. There is no legal obstacle preventing additional states from reducing their reliance on income tax revenue and shifting toward employer-side payroll taxes.

The IRS of course could revoke its 2011 memo that blessed the charitable arrangements already out there. But decades of judicial precedent, which the agency on its own can’t undo, supported that memo. Moreover, with similar tax credit programs that finance private school vouchers popular among the Republican Party’s base, GOP lawmakers may resist moves to end such credit arrangements.

How many states will ultimately adopt proposals along these lines? It’s too soon to say, but for now, it looks like states that choose to fight back against the SALT rollback will have the upper hand.