Mother of H&M child model weighs in on controversy 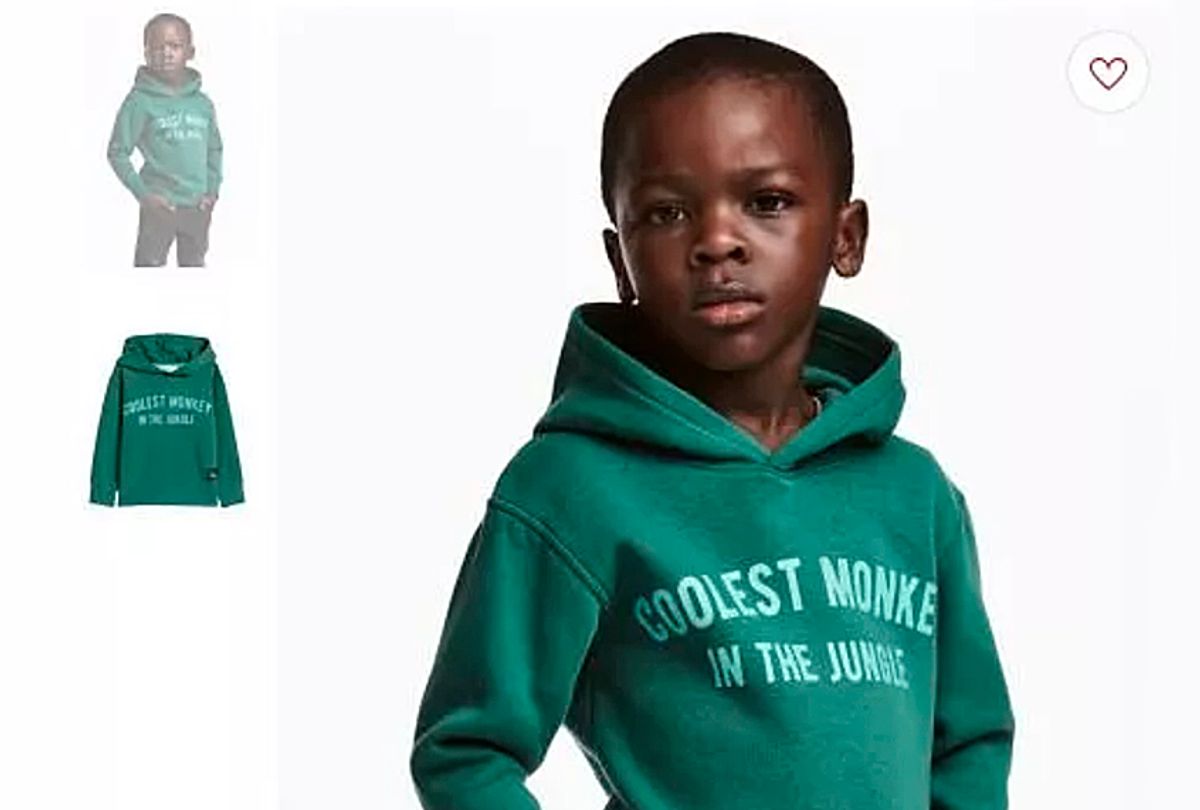 Celebrities no longer want to be associated with H&M after the fashion retailer used a young black child model to advertise a hoodie that read "Coolest Monkey in the Jungle."

The H&M boy’s clothing catalogue featured a black child modeling a sweater with a monkey — an animal that has a history of being associated with racial and ethnic slurs — while a white boy modeled one that said "survival expert."

The advertisement appeared on the retailer’s UK site and was widely criticized online as being "degrading," "irresponsible" and "racist."

Although the company swiftly apologized and removed the image, it seems it has ways to go to mitigate the damage.

In an interesting twist, one person who didn't seem bothered by the image is the child-model’s mother. Terry Mango wrote on social media, "That’s my son … I’ve been to all photo shoots and this was not an exception, everyone is entitled to their opinion about this. This is one of hundreds of outfits my son has modeled … stop crying Wolf all the time, unnecessary issue." She also told people to "get over it."

It seems like Mango is one of few who can "get over it."

Rapper and music producer G-Eazy took to social media Tuesday to condemn the ad and to announce that he’s cut ties with the brand. "After seeing the disturbing image yesterday, my excitement over our global campaign quickly evaporated, and I've decided at this time our partnership needs to end."

G-Eazy was working with H&M on a menswear collection scheduled to hit stores worldwide and online on March 1. His decision to end his relationship with the retailer because of the ad comes after hip-hop artist The Weeknd announcement he will no longer work with H&M.

"Woke up this morning shocked and embarrassed by this photo," The Weeknd said in a tweet. "i’m deeply offended and will not be working with @hm anymore..."

The recording artist worked with the brand on two different collections; his latest was released last September. Some pieces from The Weeknd x H&M are still available on the company’s website. It’s currently unclear if and when the artist’s products will be removed from stores.

Other celebrities that have commented on the H&M advertisement include LeBron James, Questlove and Sean "Diddy" Combs.

"U got us all wrong! And we ain’t going for it! Straight up!" the Cleveland Cavaliers star wrote on Instagram Monday. His post addressed H&M’s official account and featured an edited version of the ad, which includes superimposed crowns on the boy’s head and sweatshirt, labeled, "KING OF THE WORLD."

Manchester United soccer star Romelu Lukaku also shared an edited version of the H&M image In this version, the young black child is modeling a sweatshirt that says, "BLACK IS BEAUTIFUL."

H&M has been partnering with celebrities and high-profile fashion designers for years. Many of the brand’s designer collections tend to sell out quickly, sometimes within hours, and create fresh interest in the fast-fashion retailer.

Karl Lagerfeld, Madonna, David Beckham, Stella McCartney and Jimmy Choo are just a number of stars and fashion greats who have worked with the Swedish retailer.