"Executive time" and white privilege: Our laziest president and an ugly stereotype

Zoned out on Fox News and Mickey D's, Trump still believes Obama was lazy and he's a dynamic man of action 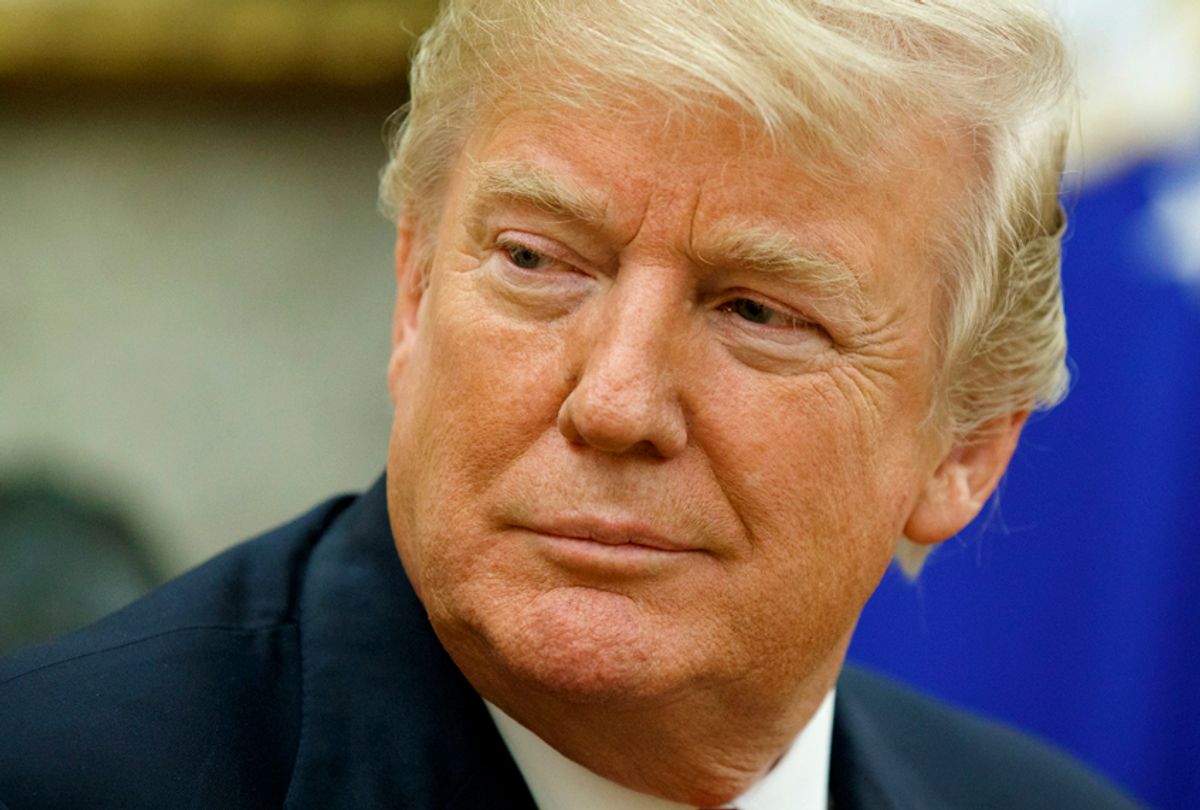 For black and brown Americans, Barack Obama's two terms in office were a rebuke to a society where nonwhites have long been marked as second-class citizens. For black people in particular, the literal presence of Obama's family in the White House represented a high point in the long, black freedom struggle. In the long arc of history, for centuries black Americans were owned, murdered, abused and raped by whites as human property, and yet a black American had become the most powerful man on the planet.

Of course, Obama's ascent did not heal the centuries of harm done to black Americans by white racism. But that next chapter in America's history -- where one more "first" for a black person was demolished -- was still symbolically intoxicating because it validated a belief in this country's ability to change for the better.

For many millions of other Americans, the overwhelming majority of them white and conservative, Obama's presidency represented a personal insult. The very presence of an intelligent, graceful, educated and accomplished black man in the White House -- as president, instead of as a maid, janitor or butler -- rocked them to the core of their being. If a person inherently connects being a "real American" with whiteness, then a black president is unthinkable. Such a reality forces a cognitive dissonance that cannot be easily reconciled. What was understood to be the natural order of things for white America was turned upside down.

Over the course of those eight years, many white conservatives became lost in the fever swamps of white supremacist paranoia, consumed by an existential dread about some vague notion of black or brown power, manifested in their archenemy and political demon Barack Obama. For too many people, Obama seemed to represent the displacement and obsolescence of white America and the birth of some undiscovered country where nonwhites rule and whites are made to kneel at their feet in submission.

Republicans, along with much of the right-wing media and public -- and of course Donald Trump -- claimed that Barack Obama was not eligible for the presidency because he was not a "natural born" citizen. This was and is a white supremacist fantasy.

Many of these same voices said that Barack Obama was unqualified because he had not earned his various college and graduate degrees or his university teaching position. In essence, Obama was a black incompetent who had benefited from "affirmative action" against white people.

Republicans and their media also dragged out Cold War-era panics, suggesting that Obama (a moderate Democrat, who in another era could well have been a "Rockefeller Republican") was a Marxist revolutionary, and also either a Muslim or atheist tasked with destroying America from within.

Republicans and their supporters in the media and the public also deployed some of the oldest and most grotesque racial slurs against the country's first black president and his family. These slurs included using ape and gorilla imagery to describe Michelle Obama, describing the Obamas as "thugs," "welfare queens" and "pimps," and circulating the lie that Barack Obama intended to give "reparations" (here meaning free money) to black people.

They also argued that Obama was arrogant, disrespectful and uppity -- the latter being a slur long used by white people to target black people for violence if the latter are deemed not to be suitably deferential and submissive. And of course, Obama was also depicted as lazy and shiftless.

Racism and bigotry are akin to funhouse mirrors reflecting a distorted reality. In that way, racism and white supremacy take what are viewed as merits and positive attributes for the in-group and transform them into something negative for the out-group. Where white men are "confident," that same behavior from black and brown people is "arrogant." White folks are "hard workers," whereas nonwhites are "too eager."

As America's first true "white president," Donald Trump is an almost perfect example of this perverse sociopolitical dynamic, embodied in one person.

Unlike Obama, Trump actually is extremely lazy. While he and the right-wing media slurred Obama for supposedly taking too many days off to vacation or play golf, Trump has spent at least 25 percent of his time as president engaging in those activities. It has been reported that Trump also spends at least three hours a day on "executive time," during which he watches Fox News endlessly, sends out streams of tweets and eats McDonald's fast food while lying in bed.

Some people in Trump's inner circle -- at least according to the account in Michael Wolff's "Fire and Fury," which has not been contradicted in any essential way -- have described him as intellectually vapid and incurious, uninterested in the details of his office, possessing little or no attention span and preoccupied with having his egomania and malignant narcissism fed by his coterie.

Ultimately, if the demeaning epithet "white trash" has historically described white people who are seen as behaving in stereotypical ways that supposedly resemble the conduct of black people, then Donald Trump is the human embodiment of that stereotype. He is lazy, violent, ignorant, hyper-libidinal, vulgar, ostentatious and crude -- but since he was born into money, few people would likely apply that term to him.

During the centuries of white-on-black chattel slavery in America and elsewhere, black folks, as a matter of survival, studied what they considered to be the strange ways of white people. In jokes and other types of oral history and culture, black folks would often comment on the absurdity of whites' stereotypical claim that black people were lazy. It was whites, after all, who were benefiting as a group from the stolen labor of black people.

That absurdity was not vanquished with the end of chattel slavery. Its logic continues into the present with Trump and his millions of supporters. They follow him because of their racism and bigotry -- and the value they place on whiteness and the lies it nurtures and projects.