Trump expected to extend sanction relief for Iran, but with new sanctions for ballistic missiles

Trump is likely to extend the Obama-era sanction suspensions, but impose new ones that target Iranian businesses 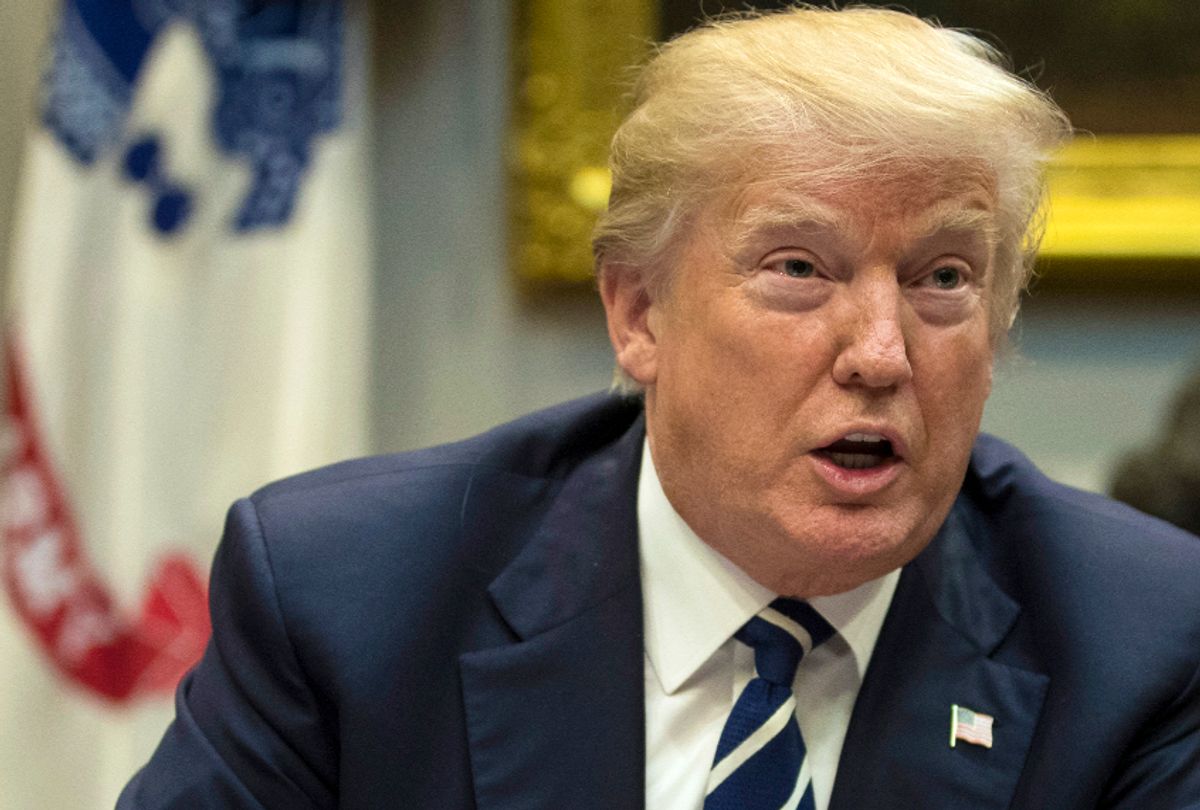 In a surprise move reportedly recommended by top administration officials, President Donald Trump is expected this week to extend the relief of economic sanctions on Iran stemming from the nuclear agreement. Notably, the president is likely to also impose new targeted sanctions on the nation's businesses and people.

Six individuals briefed on the matter — two congressional aides, two administration officials and two outside experts — refused to speak publicly on the issue but said that Trump's decision is not yet official and is still subject to last-minute changes, the Associated Press reported. Defense Secretary James Mattis, national security adviser H.R. McMaster and Secretary of State Rex Tillerson have all advised the president to abide by the agreement and extend relief from the sanctions. "Heated discussions" within the administration and some Republican lawmakers have also taken place.

Trump has until Friday to make the decision, which would either continue the Obama-era suspensions or re-impose sanctions on Iran’s central bank, the AP reported.

But if Trump decides to adhere to the nuclear agreement, keeping the sanctions lifted, and he pairs it with new sanctions that will be a detriment to Iranian businesses and people, it could still heighten tensions with the country and undermine the 2015 agreement.

The old, central bank sanctions largely cut Iran out of the international financial system, and are considered to be the most powerful of the penalties imposed by the U.S. during the Obama era, along with global penalties for buying Iranian oil. Some Iran hawks want to see both sets of restrictions return, but the six people with knowledge of Trump’s plans say the president isn’t planning to reinstate either at this point.

Trump's concern for human rights violations and Iranian protesters has proven to be inherently contradictory. Despite his proposed ban on travel, which includes Iranians, Trump has attempted to stand in solidarity with protesters, as the Salon video below explains in detail. Trump has also openly criticized the Obama-era nuclear deal repeatedly and accused Iran of violating it, despite admissions from Mattis that Iran has not breached the agreement.

"At this point in time, absent indications to the contrary, it is something the president should consider staying in," Mattis said of the Iran deal in testimony before the Senate Armed Services Committee last October.

The international community has also lauded the deal, which is not just a bilateral U.S.-Iran agreement, but one that also involves several other international bodies.

On Thursday afternoon, Treasury Secretary Steve Mnuchin vowed that more sanctions will be levied against Iran in the near future.