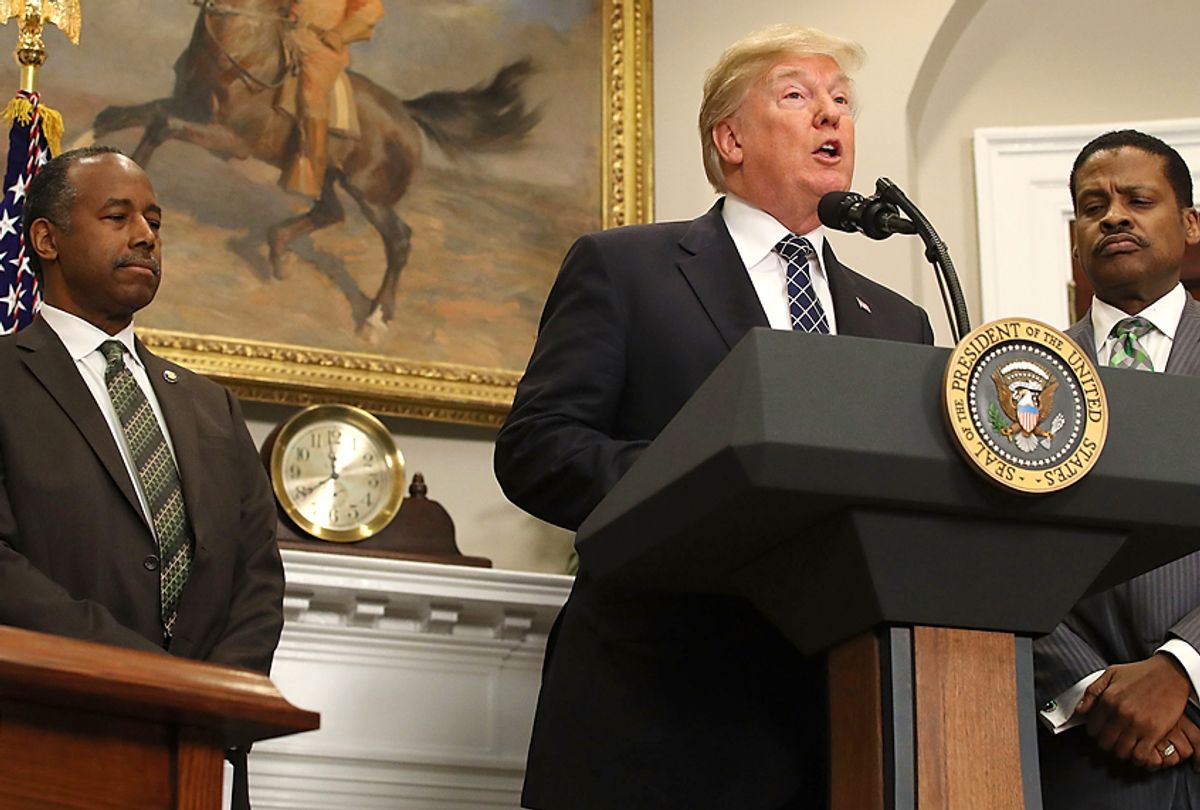 President Donald Trump delivered a speech honoring Martin Luther King Jr., as the nation continued to reel from reports that he had used vulgar and racist expletives when describing Haiti, El Salvador and the nations of Africa.

"The Reverend Dr. Martin Luther King, Jr., dedicated his life to a vision:  that all Americans would live free from injustice and enjoy equal opportunity as children of God," Trump said in scripted comments at the White House. "His strong, peaceful, and lifelong crusade against segregation and discrimination brought our Nation closer to the founding ideals set forth in the Constitution and the Declaration of Independence. Today, as we come together to honor Dr. King, we know that America is stronger, more just, and more free because of his life and work."

After he finished his listless remarks, Trump ignored questions from reporters about whether he was a racist, and whether he referred to specific countries as "s**tholes" and left the room. None of the African-Americans who Trump gathered to support him for the holiday were willing to answer questions about the president's comments afterward.

Trump's comments were particularly inopportune for Haiti as they were made on the eighth anniversary of the earthquake that devastated the island in 2010. The earthquake is believed to have killed roughly 200,000 people and caused an influx of undocumented Haitian migrants to the United States, who wound up being granted temporary protected status. Trump declared in November that roughly 60,000 of those Haitian migrants would have that status revoked by mid-2019.

"We regret and condemn the statements that apparently the president made," Ambassador Paul Getty Altidor, the Haitian representative to the United States, told The Washington Post. He added that Trump was "either misinformed or miseducated about Haiti and its people."