Trump's true colors have been shown, and the world is responding 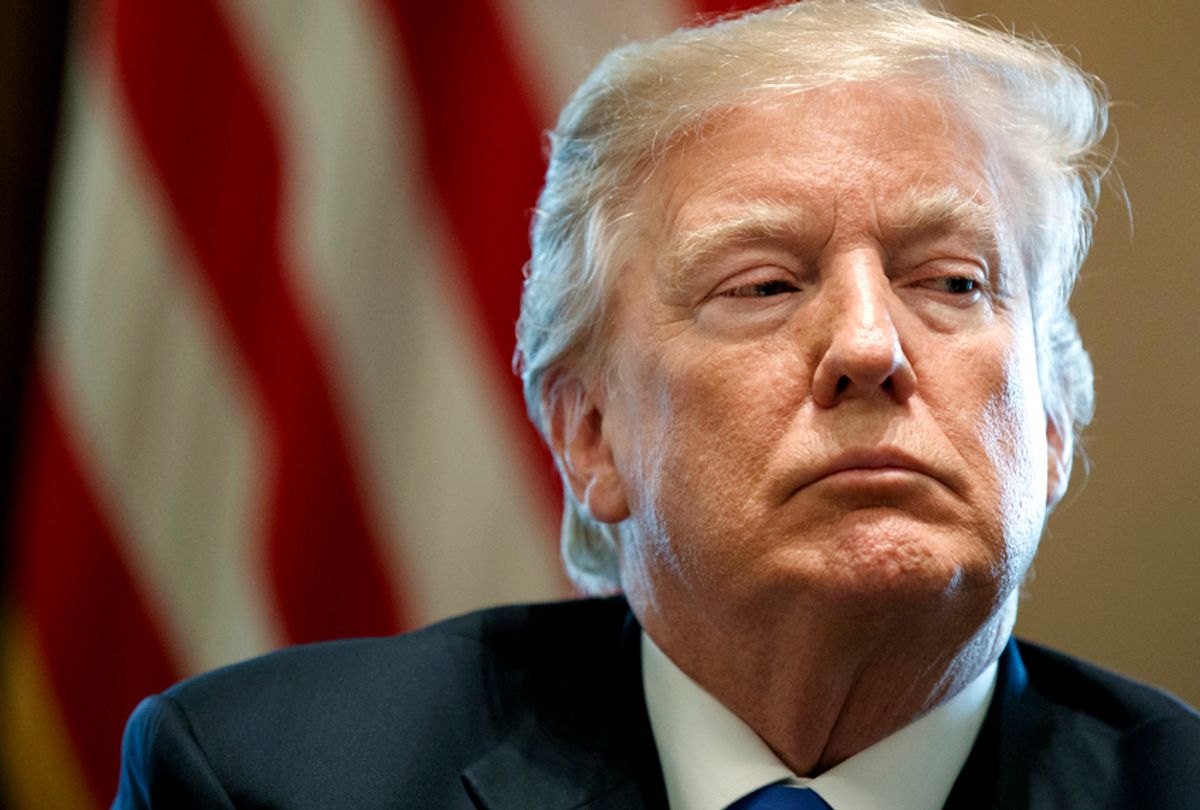 President Donald Trump's remark referring to El Salvador, Haiti and all of the countries in Africa as a "s**thole" is being met, unsurprisingly, with widespread backlash.

Trump's remark, made during a Thursday meeting with lawmakers from both parties to discuss overhauling America's immigration system, blasted El Salvador, Haiti and the nations of Africa.

"Why are we having all these people from sh**hole countries come here?" Trump asked the lawmakers, then responding that America should instead have more immigrants from nations like Norway, whose prime minister he had met with on Wednesday.

He later added, "Why do we need more Haitians? Take them out."

Trump's remarks have already been greeted with horror throughout the international community.

"There is no other word one can use but racist. You cannot dismiss entire countries and continents as ‘shitholes’, whose entire populations, who are not white, are therefore not welcome," Rupert Colville, the United Nations' human rights spokesman, told reporters during a Geneva news briefing.

Botswana, an African nation, denounced Trump's comment as "highly irresponsible, reprehensible and racist." A spokeswoman for the African Union, Ebba Kalondo, stated: "given the historical reality of how many Africans arrived in the United States as slaves, this statement flies in the face of all accepted behavior and practice. This is particularly surprising as the United States of America remains a global example of how migration gave birth to a nation built on strong values of diversity and opportunity."

"In the spirit of the people of Haiti we feel in the statements, if they were made, the president was either misinformed or miseducated about Haiti and its people," Paul G. Altidor, Haiti's ambassador to the United States, explained in a statement.

Only a handful of Republican congressmen have denounced Trump's comment so far — and none of the leaders.

"The (President's) comments are unkind, divisive, elitist, and fly in the face of our nation's values. The President must apologize to both the American people and the nations he so wantonly maligned," Rep. Mia Love, R-Utah, stated on Thursday. Rep. Erik Paulsen, R-Minn., offered a similar comment on Twitter.

Reps. Carlos Curbelo and Ileana Ros-Lehtinen, R-Fla., also took to Twitter to demand that Trump account for his comments.

On Twitter, aside from the stray right-wing conspiracy theorists, the response has been universal disgust — including from staunch Trump supporters like Piers Morgan.

But there were defenders of Trump. First were the people who wanted to point out that what Trump said was actually true.

Meanwhile, Fox News tried to claim that Trump's comments — those of America's chief diplomat — were how the "forgotten men and women of America talk at the bar." Shades of the "locker room talk" defense of Trump after the "Access Hollywood" tapes were released.

On Friday, Trump took to Twitter to defend himself, insisting that he had used "tough language" but said he didn't use the phrase "s**thole."