Actors weren't in black, but #MeToo was not forgotten Thursday night 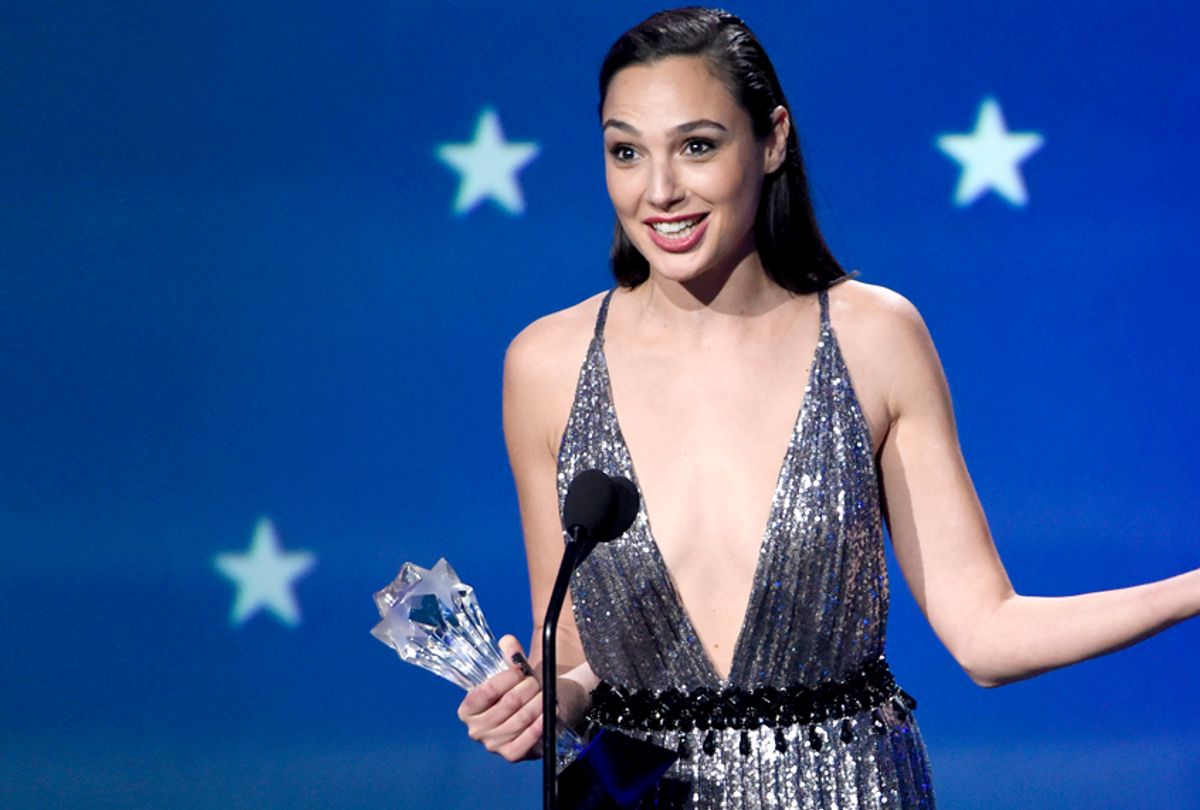 The Critics' Choice Awards ceremony Thursday night wasn't a sea of black like Sunday's Golden Globes, yet the presence of #MeToo was also felt throughout.

Gal Gadot, star of "Wonder Woman," gave an impassioned and necessary speech at the award show Thursday night during her acceptance of the #SeeHer award. It's an award tradition that began in 2016 to recognize women who push boundaries and break stereotypes on screen.

"Now, when I started acting, there were very few female-led movies, and even fewer female directors," she said. "This year, three of the top-grossing films were female-led, and one of them was directed by my wonderful Patty Jenkins." She added that, in the making of "Wonder Woman," the goal was for her character to be a universal hero for all. "Our plan was to make sure we didn't give too much attention to the fact that she's a woman."

Gadot was clear, though, that Hollywood still has a long way to go to reach true equity. She dedicated her award to "all the women and men who stand for what's right: standing for those who can't stand or speak for themselves. My promise and commitment to all of you is that I will never be silenced, and we will continue [to] band together to make strides, uniting for equality."

Another pointed moment was when hosts Olivia Munn and Niecy Nash raised champagne glasses to "give a toast to the good men in Hollywood," the ones who prefer meetings in conference rooms to ones in hotel rooms, specifically. Munn said, "Way to be regular human beings, guys!" When Nash proceeded to thank men at the Golden Globes who mentioned Time's Up or #MeToo in their acceptance speeches, Munn reminded everyone that the male winners "actually . . . didn’t really say much."

Munn's most successful quip of the evening was to "All the Money in the World" star Mark Wahlberg. "I want to say 'thank you' to the producers for paying Niecy and I the same amount of money and Mark Wahlberg a million dollars," she said, referencing the pay discrepancy during the film's reshoots in which Michelle Williams was paid $80 per diem and Wahlberg a total of $1.5 million.

Rachel Brosnahan won best actress in a comedy series for "The Marvelous Mrs. Maisel," and urged everyone to support Time's Up in her acceptance speech. She cautioned the audience to stay vigilant, that just because the all-black ensembles were no longer present here, this reckoning is just the beginning of the fight.

Seven-year-old actor Brooklynn Prince won the best actor award for her performance in "The Florida Project" and tenderly cried her way through her speech, saying: "This is such a big honor, all the nominees are great. You guys are awesome, we should go and get ice cream after this!"

There were other reminders of #MeToo. James Franco won best actor for "The Disaster Artist" but did not show up to the show amid sexual misconduct allegations against him. Actor Walton Goggins accepted the award on his behalf.