President Trump unburdened himself to the Wall Street Journal on Thursday. As usual, it was strange 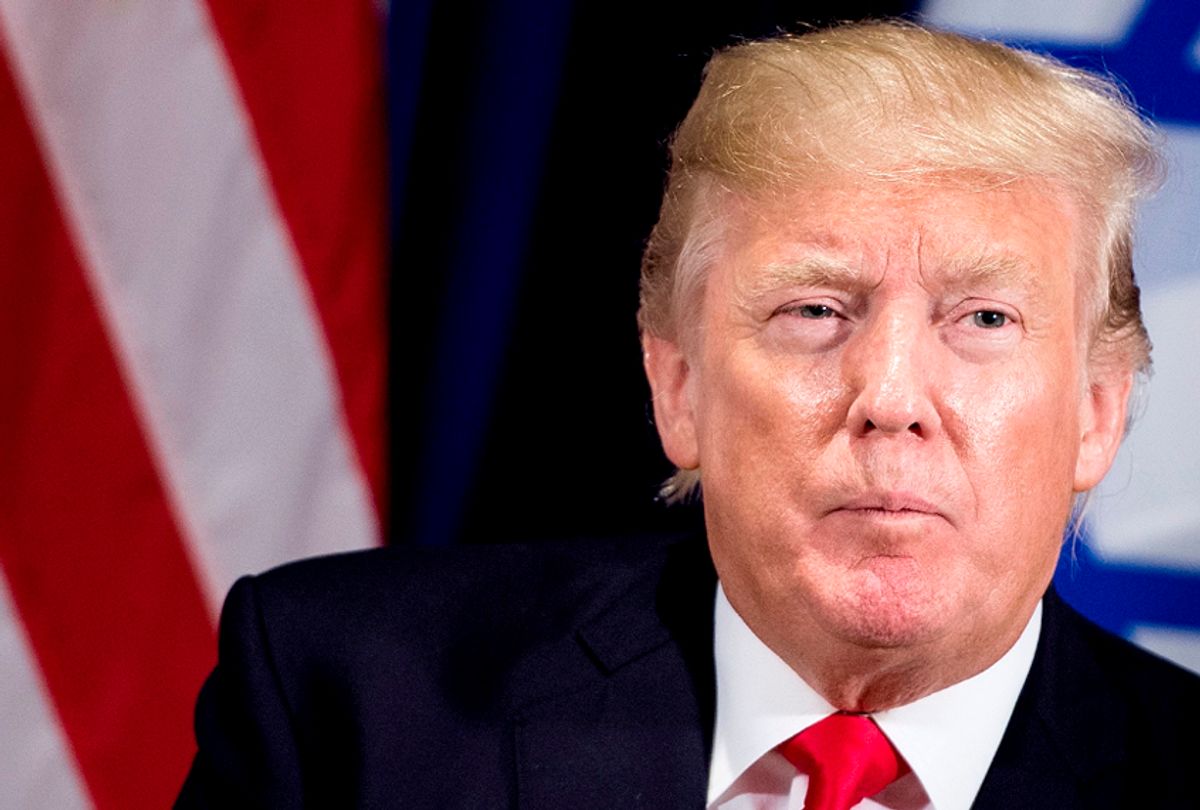 On Thursday, lost in the news that President Donald Trump called African nations, along with other nonwhite countries like Haiti, "shitholes" and indicated he'd prefer to see more Nordic immigrants to the U.S., the Wall Street Journal released a new interview with the president. The Journal's main takeaway was that Trump "signal[ed] openness" to diplomacy with North Korea, but the story contained many noteworthy comments from the commander-in-chief.

Here are some that should raise some eyebrows:

1. Trump thinks he'd get along great with Kim Jong-un

Kim Jong-un, the North Korean leader whom the president has called "little rocket man" quite a number of times, is, according to Trump, just waiting for his chance to dine at Mar-a-Lago, or something like that. This shows that for all of Trump's bluster, he seems to take absolutely none of it seriously. Here's what he said, along with what the Wall Street Journal said in reply:

WSJ: Just to be clear, you haven’t spoken to the North Korean leader, I mean when you say a relationship with Korea —

WSJ: Some people would see your tweets, which are sometimes combative towards Kim Jong Un...

Mr. Trump: Sure, you see that a lot with me and then all of a sudden somebody’s my best friend. I could give you 20 examples. You give me 30. I’m a very flexible person.

This isn't going to help the Donald Trump Jr. defense fund much. Trump told the Journal that his son took a meeting with foreign nationals because he thought they'd give him dirt on Hillary Clinton:

My son had a brief meeting based on the fact that he thought whatever he thought. And he — somebody said bad stuff on an opponent. I don’t know of one politician in Washington — if you’re a politician and somebody called up that they have information on your opponent that might be negative.

3. "What went on with the FBI" = treason, apparently

It was Louis XIV who said, "L'état, c'est moi," — or in English, "I am the state." For Trump, the brouhaha over an FBI agent who tweeted his dislike of Trump as a candidate is worthy of the "treason" tag.

And what went on with the FBI, where a man is tweeting to his lover that if [Hillary Clinton] loses, we’ll essentially go back to the — we’ll go to the insurance policy, which is — if they lose, we’ll go to phase 2, and we’ll get this guy out of office.

I mean, this is the FBI we’re talking about. I think that is — that is treason. See, that’s treason right there ...

4. He wants a "see-through" border wall

There's a long discussion to be had about what Trump's border wall stands for — especially in the light of the president's alleged "shithole" comments — but it seems that one of the reasons why he cares so much about the wall is that it's something he's (hypothetically) building. After all, this is a man who loves real estate and even "loves to give White House tours," according to the New York Times.

Trump offered many details to the Journal about the wall, saying that it would be "32 feet high," but also opened the door to the possibility that the wall would be "see-through." Actually, it's more than just a possibility. According to him, "I have to have see-through."

It's a state-of-the art wall, Trump says, and it's apparently going to be amazing.

5.  How much does Trump really read?

Granted, this is one of those situations where context could be lost. But the president seemed to indicate that he doesn't do much reading. Here's what he said while praising the Journal for an article about him that he liked:

You people actually wrote one of the best stories that I’ve ever seen on regulation; you said more than any president in history ...  I mean I actually read it because I’ve never seen a full page — it’s actually a full page article.

Once again, there's a caveat here that Trump may not have meant that it's noteworthy, in itself, that he actually read something. But the subject of what, if anything, the president reads has long been a topic of conversation, and with good reason.

6. He still can't form an opinion on China's role in North Korea talks

The president's strategy on North Korea is pretty confusing. On one hand, he has long been an advocate of letting China handle the problem. On the other, he's quick to complain whenever the road to resolution has hit a speed bump. In the interview, he followed this dynamic, saying that China was "not helpful enough, but they've been very helpful."

7. What was Trump's role in the Foxconn deal?

Trump has taken ownership of a deal between Chinese manufacturing company Foxconn — famous for producing Apple products — and the state of Wisconsin. It's an expensive deal that will line the pockets of the company and could potentially cost the state billions. That's why Trump's brag that "the head of Foxconn, you know he's a friend of mine. He's only moving there because of me" raises ethical questions.

Is this one of Trump's boasts with no basis in reality? Or is the president saying that he got involved in a business deal to help a friend of his?

Far from being the person Trump had previously claimed helped him a lot, former Chief Strategist, adviser and booster Steve Bannon is now someone who "had nothing to do with my win. Well, certainly very little."

Steve’s greatest asset is he was able to convince a corrupt media that he was responsible for my win. Hope, just out of curiosity, you were there from day one. What do you think Steve in a percentage had to do with my victory?

Many people — I mean, there were many people — it’s a little before Sarah’s time. If you were here, you would have had more to do with it. No, I talked to Steve very little; I didn’t know Steve well, believe it or not. They made it sound like — I mean when that guy wrote the book about Steve.

A good psychiatrist — or a halfway decent profiler for a foreign government — can probably have a field day with the information contained in this long-winded diatribe about how unloved Trump is feeling.

They dislike me, the liberal media dislikes me. I mean I watch people — I was always the best at what I did, I was the — I was, you know, I went to the — I went to the Wharton School of Finance, did well. I went out, I — I started in Brooklyn, in a Brooklyn office with my father, I became one of the most successful real-estate developers, one of the most successful business people. I created maybe the greatest brand.

Then, after talking briefly about Steve Bannon (see above), Trump went back to talking about himself.

Don’t forget, I had vanquished 17 governors, senators plus a couple of very smart people, like Ben [Carson] and Carly [Fiorina] and others. I had vanquished them easily — easily. I won every debate based on the polls. You know, they do polls — seven or eight polls. Time Magazine — Time Magazine’s not a fan of mine.

Drudge, Time Magazine they have seven polls. I don’t think, I may be wrong — I don’t think you’ll find one poll that I ever lost in any of the 14, 15 debates. Including the presidential debate, you know with her, the three . . .

You’ve been doing it longer, OK? That’s the other thing. I’ve only been doing this for two years, two and a half years, OK? You know, it’s pretty good. When they said Jeb Bush was off his game; Trump killed him in the debate. Jeb was off his game because he hasn’t been governor now. He’s been out of politics for eight years. Oh, really? I’ve been out of politics for — I was never in politics.

So, sort of interesting, but when I won against the 17 people, you can’t then say that oh, gee, somebody comes in two months after I won, and he gives me new policy, new idea. I can’t change those ideas, those ideas are wedded.