Chris Christie's bombastic reign ends with a whisper, not a scream

There was a time when Chris Christie was popular. But now, no one's sad to see him go 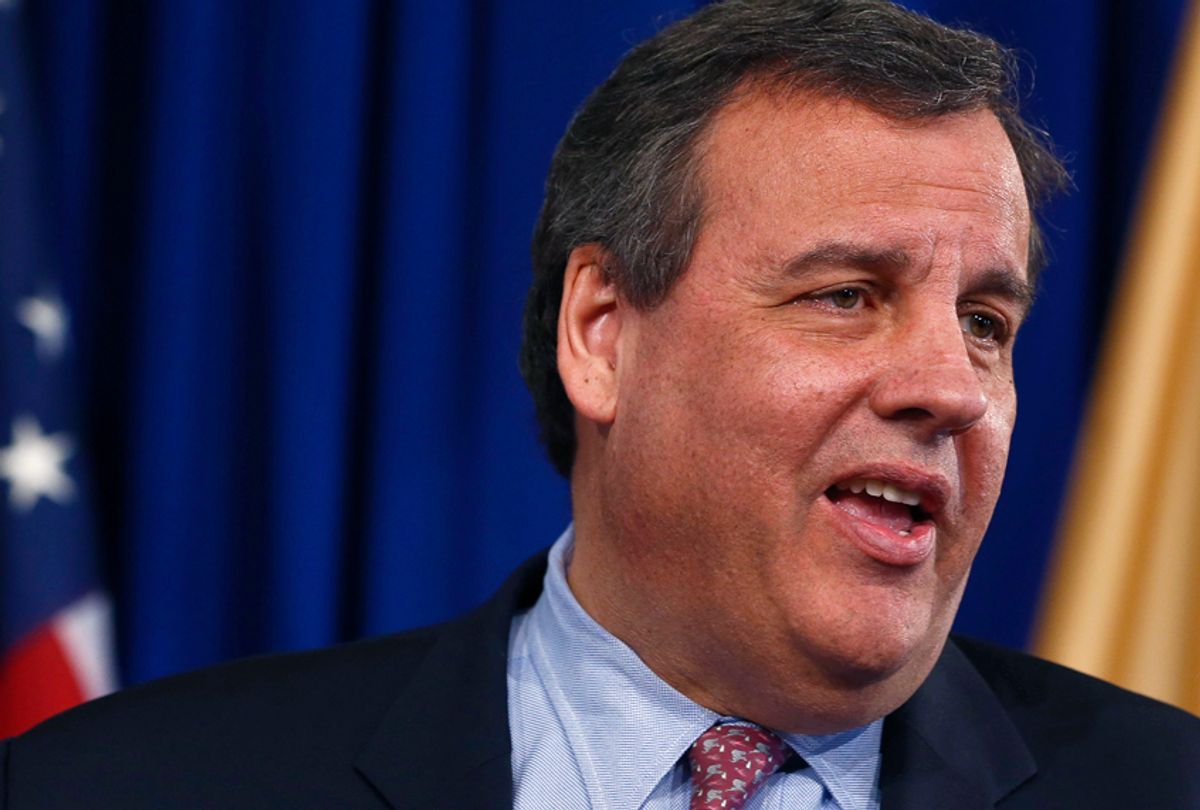 The tumultuous era of Chris Christie's time as governor of New Jersey, and as the light at the end of the Hudson River rail tunnel he cancelled shines brighter, the one-time rising star of the Republican Party is a bit disillusioned.

The reality is that only 5 percent of New Jersey residents actually will miss him, according to a recent Rutgers-Eagleton poll. In that poll, 13 percent said they view him favorably. Nearly half, 49 percent said — quoting the poll here —"Glad to see you go, don’t let the door hit you on the way out."

Christie's approval rating has been on a downhill slide since the apex of his political career in the wake of Hurricane Sandy in 2012, with an approval rating of 77 percent. There was reasonable expectation he would even be the future Republican nominee for president. For the most part, Christie's fall from grace came swiftly, but it was nonetheless a long way down.

He leaves office the most unpopular governor in the state's history.

On Tuesday, the departing Christie delivered his final, 87-minute state of the state speech, in which he spoke fondly of his eight years in office, and said he ran, "to be a governor of consequence." He attempted to illustrate a governorship that never was and made a misleading claim that he helped save the state $120 billion over the next three decades for the state's pension system — ranked worst in the U.S. It seemed as if he hoped his years in power won't be overshadowed by his frequent bullish optics such as Bridgegate, shutting down state beaches and soaking up the sun with his family — known as Beachgate — or confronting hecklers at baseball games, just to name a few.

New Jersey is, at the very least, excited for a fresh face to lead their state. Democratic Governor-elect Phil Murphy will be sworn in on Tuesday, and his progressive campaign promises to represent the opposite of Christie's entire agenda. Christie's aggressive anti-environment policies soured any support by progressive organizations such as the New Jersey Sierra Club, and he openly feuded with the state's largest teachers' union, the NJEA.

He added, "Every decision was through the lens of political opportunism. He decided early on that he would make public employees, and particularly educators, scapegoats. And it was convenient for him because it helped him avoid taking responsibility from dealing with the state's obligation."

Baker explained that the NJEA is excited to work with the incoming Murphy administration, and he hopes the future governor will keep promises so the two actors can work "to reverse some of the damage that the Christie administration has done."

"One of the key areas will be in school funding," Baker told Salon. "Students and New Jersey communities have been underfunded by $9 billion in eight years by this administration. That has a really devastating effect on opportunities available to children."

New Jersey's public school's are very strong; certainly there's been damage but they've weathered the storm remarkably well. And we think with recommitment on the part of the Murphy administration, with better leadership, with better cooperation and a better working relationship between the administration and educators, we're going to see New Jersey's public school's where they belong — right at the top of the nation."

Christie's track record on the environment is even more dismal and looks more like a blueprint the Trump administration has followed on a federal level, whether it was Christie's stacking the Pinelands Commission with pro-pipeline figures, withdrawing the state from the Regional Greenhouse Gas Initiative to help the state meet lower carbon emission standards, or settling with ExxonMobil for environmental damages to the state at just three cents on the dollar of total damages.

"I think Christie's job was to roll back or dismantle 45 years of environmental protections," Jeff Tittel, director of the New Jersey Sierra Club, told Salon. "His agenda was just very clearly anti-environment from day one."

Christie, Tittel explained, hijacked funds from environmental programs and "took $100 million out of the Department of Environmental Protection every year to balance the budget." Christie's budget often targeted the environment, and he raided the state's Clean Energy Fund.

"Every governor in New Jersey has had an environmental legacy," Tittel explained, before rattling off decades of at least one notable achievement from each of the state's past leaders. "Christie's legacy is that he tried to repeal or undo every other governor's legacy."

Christie entered the governor's mansion, then spent his time picking fights with anyone within shouting range. Is it, then, any wonder that, when the bully leaves the playground, no one will shed a tear?